Sunday, October 14, 2012, was the last day of New York Comic Con 2012. It was a lighter day for me mostly because my small humans joined me for Kids Day. In the past Kids Day has not been so crowded. I think that's a testament to how much bigger New York Comic Con has become that Sunday was as busy as Saturday!

We started off by attending the Geek Geek Revolution: The Sequel featuring Myke Cole, Anton Strout, Beth Revis, and Andrea Cremer. Colleen Lindsay, Geek Queen, asked the authors questions including questions submitted by the audience. Answering the questions correctly resulted in points being awarded. I believe that wrong answers resulted in the subtraction of points. The winner was awarded the title of Top Geek! 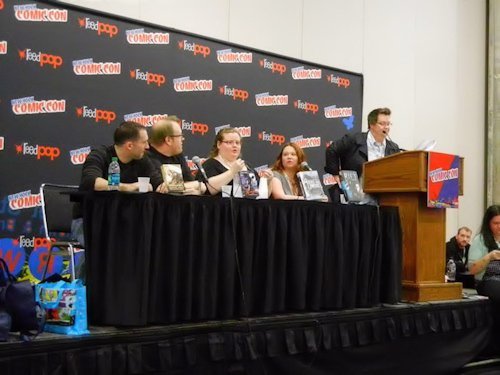 Anton is the author of the Simon Canderous series and the recently published Alchemystic (The Spellmason Chronicles 1).

Beth writes the YA Across the Universe series. The third book, Shades of Earth, will be published  in January 2013.

Andrea is the author of the YA Nightshade series. Rise (Nightshade Prequel 2) will be published in January 2013.


It came down to a tie between Anton Strout and Andrea Cremer. On the second tie-breaker question Andrea prevailed. She won a Rock'em Sock'em Robot set! Myke Cole came in last and was awarded a cute baby Cthulhu. I hardly see how a cute baby Cthulhu is a booby prize. 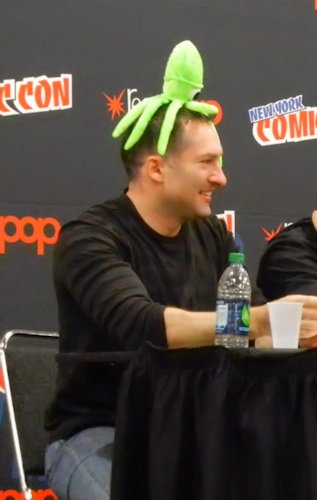 Cthulhu hats may be the new fashion craze!

After Geek Geek Revolution: The Sequel the small humans and I wandered around...  a lot.

I had the pleasure of meeting Evie Manieri whose debut novel, Blood's Pride, will be published in the US on February 19, 2013. It's already out in the UK. 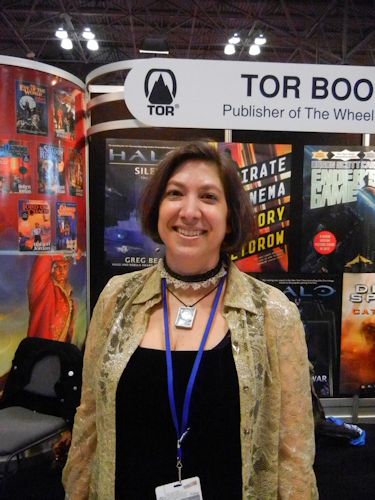 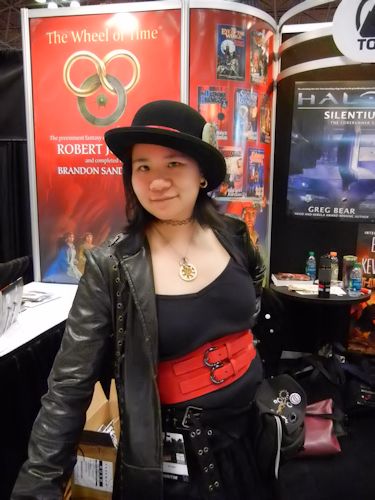 Steampunk at the Tor booth. It must be fun working for Tor!

Capcom was at NYCC. Nintendo was there with Wii U. We did preorder the Limited Edition of Assassin's Creed III by Ubisoft. Often when you preorder at NYCC some extra goodies are thrown in. In this case there was a gorgeous T-shirt. While you could preorder Assassin's Creed III, there was no gameplay.  I was surprised by the video gaming component this year. Some of the big companies had displays but no games to play. 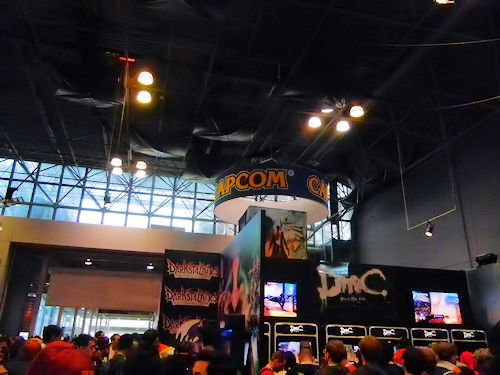 We found this poor fellow expiring in the hallway (not really, he was cosplaying!) 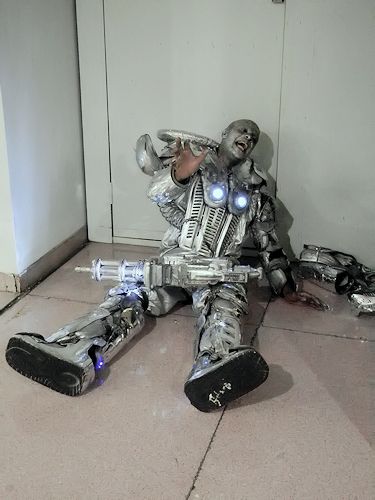 The kids decided to put him out of his misery (not really, he asked them to pose with him.) 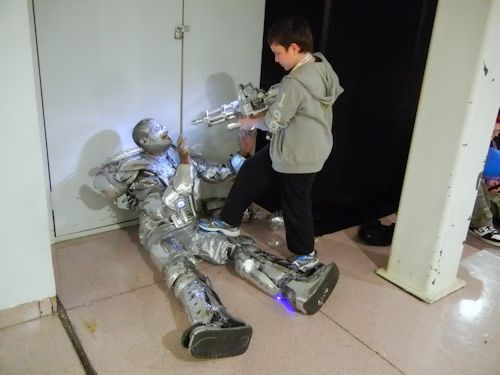 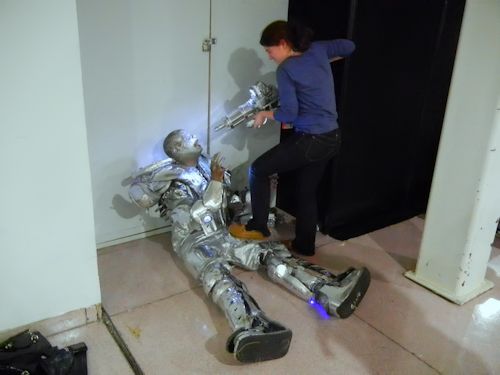 The teen (bottom photo) looked meaner while posing. You can draw your own conclusion! 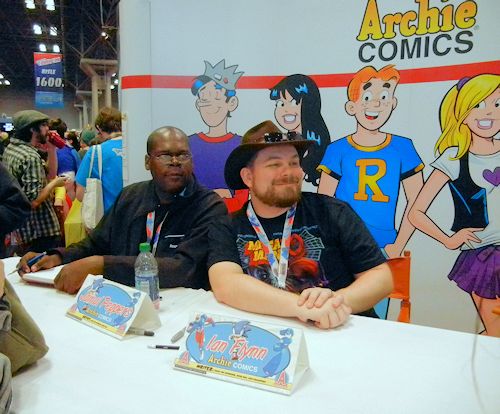 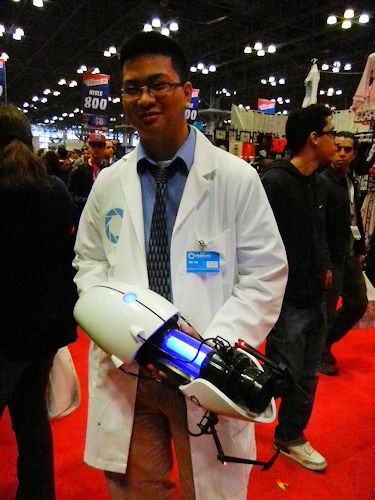 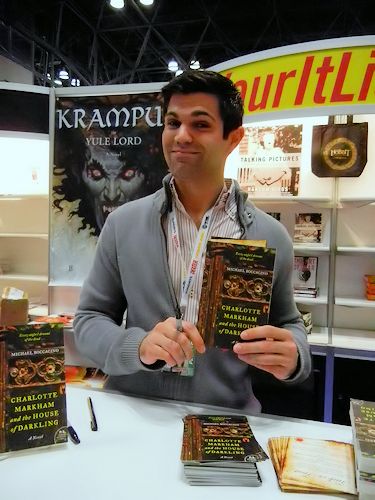 Michael Boccacino signing Charlotte Markham and the House of Darkling 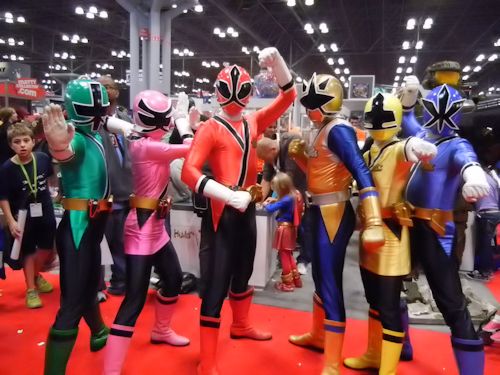 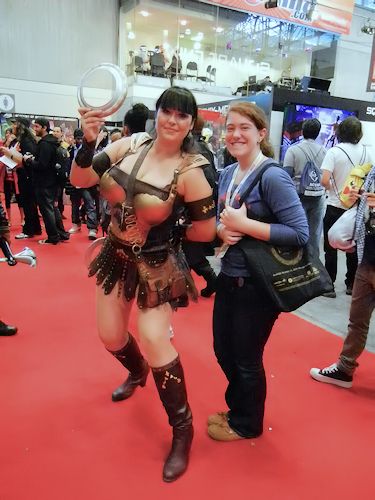 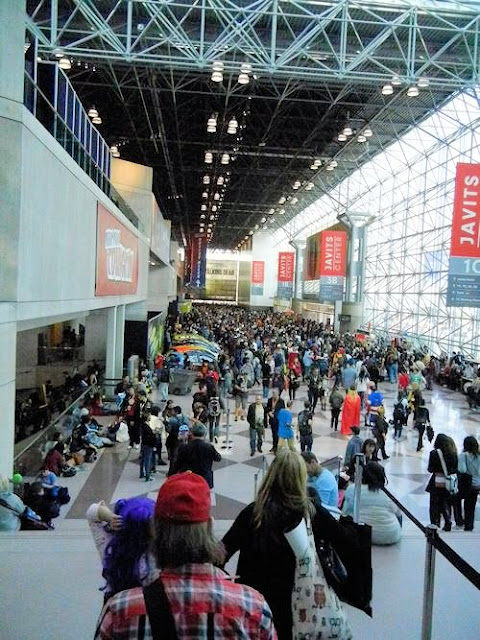 The crowd and long walk to Artist Alley

Artist Alley was way down at the end. to the left and through a large passageway. Once you got to the end you turned left and then saw the sign. If you knew where it was it was easy to find. I think that there should have been a sign in this main area at the end with an arrow pointing to the left. This is the first year that Artist Alley was in its own area. Hopefully signage will be better next year. Having the Artists in a separate area was great though. Plus after the main exhibitor floor closed, you could spend some time at Artist Alley which was open later than the exhibitor floor. 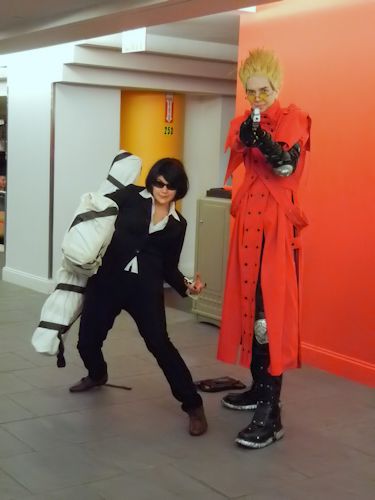 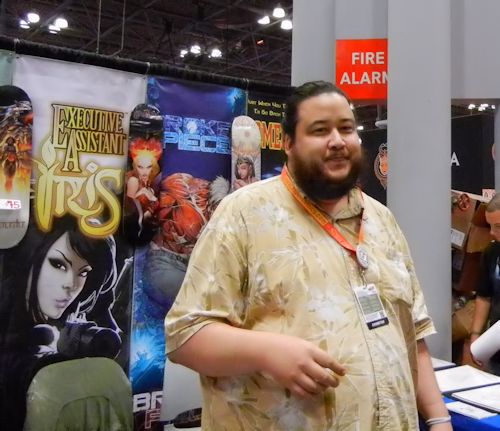 Peter Steigerwald, who does the colors for Lady Mechanika (my favorite comic!)


We visited a lot of vendors on Sunday as well. The small humans came home with some awesome books and goodies. We can't wait for NYCC 2013!
Posted by Qwill at 12:24 PM