Interview with Carolyn Crane, author of Mr. Real and the Disillusionists Trilogy - October 27, 2012

Please welcome Carolyn Crane to The Qwillery. Mr. Real (Code of Shadows 1) will be published on October 30, 2012. 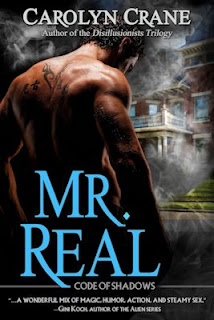 TQ:  Welcome back to The Qwillery:

Carolyn:  Hey, thanks so much for inviting me here! Always lovely to stop by the Qwillery!!

Carolyn:  I get most of my ideas while running. I’ve learned to bring a pen and paper, because I was getting frustrated not remembering them. I’m sure I look crazy, stopping on a run, pulling out a pen (from where it is hooked on my running bra!) and paper and scribbling.

Carolyn:  As Carolyn Crane, I’m mostly a plotter. I like to know where I’m going, at least the big swipes. The major scenes. I like to write toward known destinations, though I do take small detours. I would never write without a general destination. However, oddly, in my smutty pen name, Annika Martin, I am a total pantser.

Carolyn:  Finding the time, making the most of that time. Does everybody say that? Time management! A boring but probably all too common answer!

A woman uses an occult computer program to bring a sexy spy from a TV ad to life; the actor/fighter who plays the character is not amused.


TQ:  What inspired you to write Mr. Real (Code of Shadows 1) series?

Carolyn:  It was one of those what-if scenarios. People so often claim character boyfriends, and I thought, what if one of them actually showed up? What would happen? And, it evolved from there.


TQ:  What sort of research did you do to create your world and mythology?

Carolyn:  This is set in the real world, so, it wasn’t too hard. Though I did have to research a bit about 1980’s style computers. Mostly that involved asking my most nerdy pals questions.


TQ:  In Mr. Real, who was the most difficult character to write and why? The easiest and why?

Carolyn:  My heroine, Alix. was the most difficult. She’s just very different from me, so it was hard to get that line right. My easiest was the secret agent, Sir Kendall. I feel like I have the total key to his mind.


TQ:  Without giving anything away, what is/are your favorite scene(s) in Mr. Real?

Carolyn:  There are a couple of villain scenes toward the end…I guess I won’t say anything more…!! There’s also a restaurant scene I really like.

Carolyn:  The Mr. Real prequel will appear in Fire & Frost in early 2013, in an anthology I’m doing with Meljean Brook and Jill Myles. And, I’m back to more traditional UF stuff with my other new series, Dark Forest.


TQ:   Thank you for joining us at The Qwillery

Carolyn:  Hey, thank you SO much for having me! 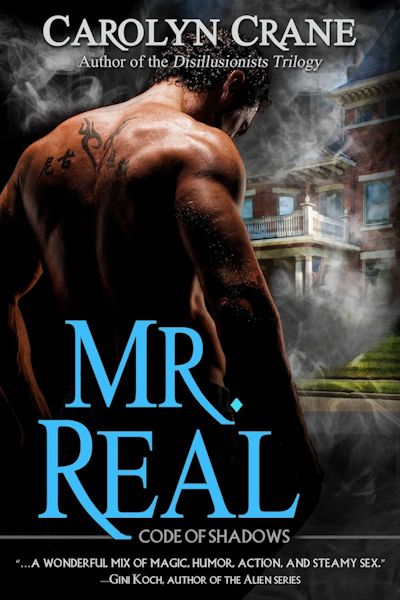 Fighter Paul Reinhardt has good reason to hate Sir Kendall, the character he brought to life to land a part in a TV ad; he’d do anything to forget him. A cross country road trip seems just the thing . . . until Paul finds himself inexplicably drawn to Minnesota and is shocked to discover Sir Kendall – in the flesh – with the girl he’d once loved from afar. He barges into Alix and Sir Kendall’s love nest, determined to stop the madness – somehow.

But is super spy Sir Kendall transforming into something more dangerous anyone can imagine? And what will Sir Kendall do when Paul and Alix finally give into their mad lust for each other? 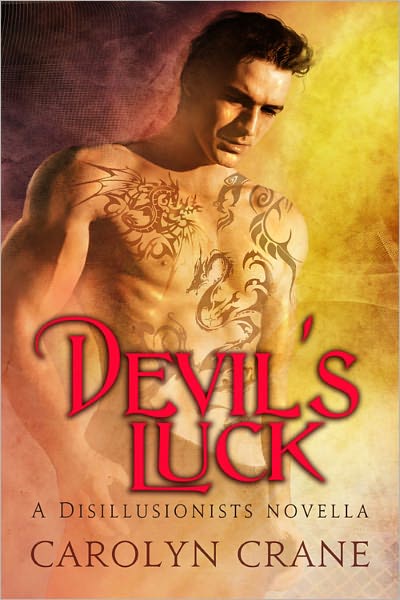 THERE’S A THIN LINE BETWEEN LOVE AND DOOM.

No wager is too outrageous for Simon Fitzgerald, the most reckless of the Disillusionists. His dark secrets drive him to take increasingly extreme risks, but he’s never lived so quite so dangerously as when he hooks up with Midcity’s most powerful prognosticator.

Fawna Brady is tormented by the destinies she sees for those around her. To Fawna, knowledge of the future is a cage she’d do anything to escape. She’s stunned to discover a taste of the freedom for which she yearns at the side of Simon, the one person in the world who despises everything she is, everything she stands for.

Amazon : Barnes and Noble : Smashwords : ARE 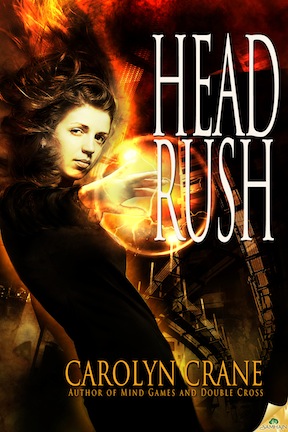 In an attempt to put her unhappy past behind her, Justine Jones throws herself into nursing school and planning her wedding to Otto Sanchez, the man of her dreams. But something is off. Random details aren’t adding up…and is it her imagination, or are her friends and fiancé keeping secrets from her? And what’s with the strange sense of unease, and her odd new headaches?

Justine tries to stay upbeat as Midcity cowers under martial law, sleepwalking cannibals, and a mysterious rash of paranormal copycat violence, but her search for answers leads her into the most dangerous mind game yet.

With the help of unlikely allies, including her paranoid dad and best frenemy Simon, Justine fights her ultimate foe…and unravels the most startling mystery of all. 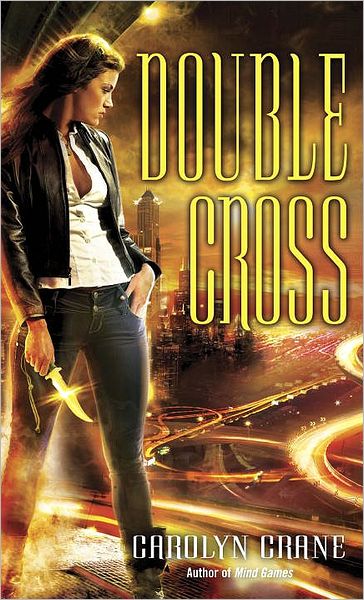 SOME SECRETS COME BACK TO HAUNT. OTHERS COME TO KILL.

Justine Jones lived her life as a fearful hypochondriac until she was lured into the web of a mysterious mastermind named Packard, who gifts her with extraordinary mental powers—dooming her to fight Midcity’s shadowy war on paranormal crime in order to find the peace she so desperately craves.

But now serial killers with unheard-of skills are terrorizing the most powerful beings in Midcity, including mastermind Packard and his oldest friend and worst enemy, Midcity’s new mayor, who has the ability to bend matter itself to his will.

As the body count grows, Justine faces a crisis of conscience as she tests the limits of her new powers and faces an impossible choice between two flawed but brilliant men—one on a journey of redemption, the other descending into a pit of moral depravity. 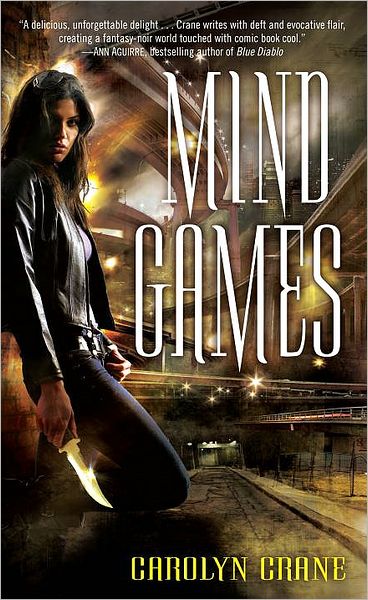 Justine Jones has a secret. A hardcore hypochondriac, she’s convinced a blood vessel is about to burst in her brain. Then, out of the blue, a startlingly handsome man named Packard peers into Justine’s soul and invites her to join his private crime-fighting team. It’s a once-in-a-lifetime deal. With a little of Packard’s hands-on training, Justine can weaponize her neurosis, turning it outward on Midcity’s worst criminals, and finally get the freedom from fear she’s always craved. End of problem.

Or is it? In Midcity, a dashing police chief is fighting a unique breed of outlaw with more than human powers. And while Justine’s first missions, including one against a nymphomaniac husband-killer, are thrilling successes, there is more to Packard than meets the eye. Soon, while battling her attraction to two very different men, Justine is plunging deeper into a world of wizardry, eroticism, and cosmic secrets. With Packard’s help, Justine has freed herself from her madness—only to discover a reality more frightening than anyone’s worst fears. 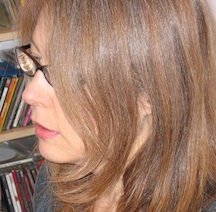 Carolyn Crane is the author of the Disillusionists trilogy, assorted novellas, and the upcoming Mr. Real. She lives in Minneapolis (U.S.) with her husband and two cats.