Please welcome Simone St. James to The Qwillery! Simone is sharing some of the books that scare her! Happy Halloween!! 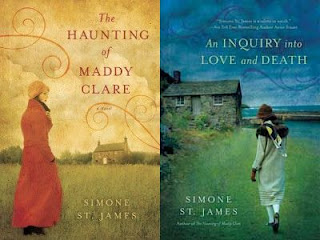 Some of My Top Scary Reads

In honor of the season, here are some of my top scary reads:

The Woman in Black by Susan Hill. There is just no contest on this one – I have lost count of how many times I’ve read it, and it never fails to scare the absolute bejabbers out of me. A lean, tiny little novel, with nothing between the pages but pure scariness. Apparently Susan Hill’s assistant couldn’t be home alone while she was typing the manuscript, and I don’t blame her one bit. (Also: The movie, starring Daniel Radcliffe, was completely awesome.) 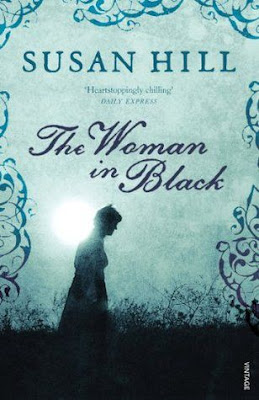 Bag of Bones by Stephen King. King is my favorite writer, so it’s impossible to choose a favorite. Still, he doesn’t often write pure ghost stories like this one. It’s creepy – the basement, the fridge magnets, oh my god – but it’s also sad, and there is an event near the end that, were I ever to meet Mr. King, would cause me to have words with him. None of that stops me from reading this book over and over. It’s an overlooked classic. 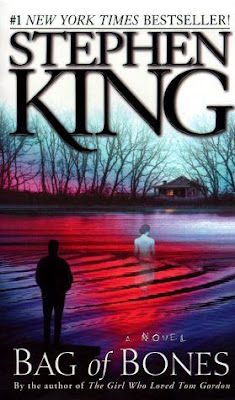 The Terror by Dan Simmons. Unlike the other books on this list, I admit that I have read this one only once, and have spent quite a bit of time ramping up the gumption to read it again. Simmons took the real history of the infamous Franklin expedition in the 1800’s – which vanished, scarily enough – and made it even more frightening. I’m not going to tell you how; I’ll just warn you that this is one terrifying book. It’s sitting on my shelf right now, staring at me, daring me to pick it up again. 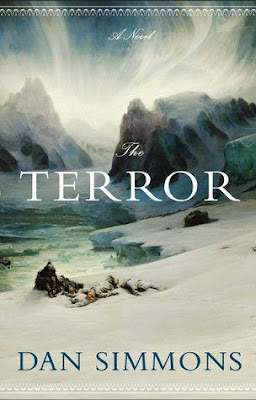 Dracula by Bram Stoker. “The sight seemed to paralyse me, and the shovel turned in my hand and glanced from the face, merely making a deep gash above the forehead. The shovel fell from my hand across the box, and as I pulled it away the flange of the blade caught the edge of the lid, which fell over again, and hid the horrid thing from my sight. The last glimpse I had was of the bloated face, bloodstained and fixed with a grin of malice which would have held its own in the nethermost hell.”
Yeah, that’s why. 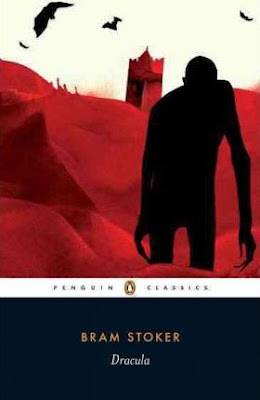 It by Stephen King. I think this is the only King book I’ve never read, and I’m finally going to rectify this oversight. I plan to read it this winter. 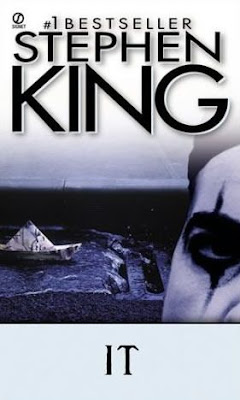 The Forest of Hands and Teeth by Carrie Ryan. I’m not sure how this series slipped past me, but for some reason I’ve never read it. Also going to be rectified this winter. 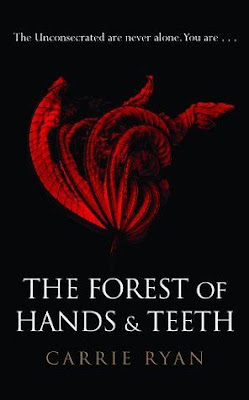 The Farm by Emily McKay. Another YA, this one will be released on December 4 – about teens after the vampire apocalypse. YA is just a goldmine of good stories these days, and I can’t wait for this one. 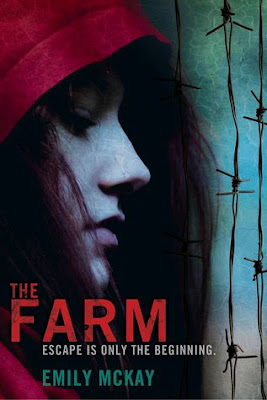 Your turn. What is your favorite scary read? What do you recommend I pick up – immediately?? I have a long, cold, dark season to fill up with great scary reads! 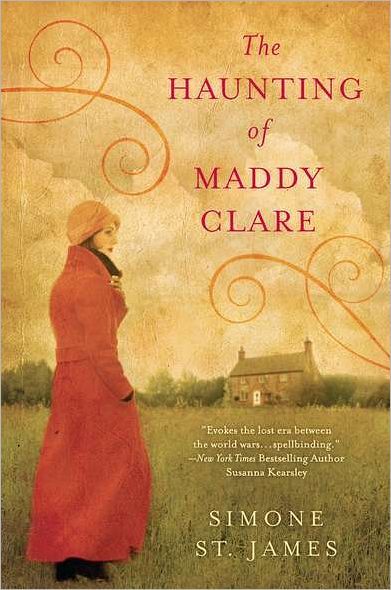 Sarah Piper's lonely, threadbare existence changes when her temporary agency sends her to assist a ghost hunter. Alistair Gellis-rich, handsome, scarred by World War I, and obsessed with ghosts- has been summoned to investigate the spirit of nineteen-year-old maid Maddy Clare, who is haunting the barn where she committed suicide. Since Maddy hated men in life, it is Sarah's task to confront her in death. Soon Sarah is caught up in a deperate struggle. For Maddy's ghost is real, she's angry, and she has powers that defy all reason. Can Sarah and Alistair's assistant, the rough, unsettling Matthew Ryder, discover who Maddy was, whereshe came from, and what is driving her desire for vengeance-before she destroys them all? In 1920's England, a young woman searches for the truth behind her uncle’s mysterious death in a town haunted by a restless ghost…

Oxford student Jillian Leigh works day and night to keep up with her studies—so to leave at the beginning of the term is next to impossible. But after her uncle Toby, a renowned ghost hunter, is killed in a fall off a cliff, she must drive to the seaside village of Rothewell to pack up his belongings.

Almost immediately, unsettling incidents—a book left in a cold stove, a gate swinging open on its own—escalate into terrifying events that convince Jillian an angry spirit is trying to enter the house. Is it Walking John, the two-hundred-year-old ghost who haunts Blood Moon Bay? And who beside the ghost is roaming the local woods at night? If Toby uncovered something sinister, was his death no accident?

The arrival of handsome Scotland Yard inspector Drew Merriken, a former RAF pilot with mysteries of his own, leaves Jillian with more questions than answers—and with the added complication of a powerful, mutual attraction. Even as she suspects someone will do anything to hide the truth, she begins to discover spine-chilling secrets that lie deep within Rothewell…and at the very heart of who she is.

Simone St. James wrote her first ghost story, about a haunted library, when she was in high school. Unaware that real people actually became writers, she pursued a career behind the scenes in the television business. She lives just outside Toronto, Canada, where she writes in her spare time and lives with her husband and three spoiled cats.


What is your favorite scary read? What do you recommend I pick up – immediately??

Who and When:  The contest is open to all humans on the planet earth with a US or Canadian mailing address. Contest ends at 11:59pm US Eastern Time on Wednesday, November 7, 2012. Void where prohibited by law. No purchase necessary. You must be 18 years old or older to enter.


*Giveaway rules are subject to change.*
Posted by Qwill at 8:30 AM

Labels: An Inquiry into Love and Death, giveaway, Guest Blog, Simone St. James, The Haunting of Maddy Clare
Email ThisBlogThis!Share to TwitterShare to FacebookShare to Pinterest