The Pursuit of the Pankera: A Parallel Novel about Parallel Universes


In March 2020 Arc Manor under its CAEZIK SF & Fantasy imprint published for the first time The Pursuit of the Pankera by Robert A Heinlein.

The Pursuit of the Pankera is the sister novel to The Number of the Beast, which was originally published in 1980!

The Pursuit of the Pankera
A Parallel Novel About Parallel Universes
CAEZIK SF & Fantasy, March 24, 2020
Hardcover and eBook, 503 pages 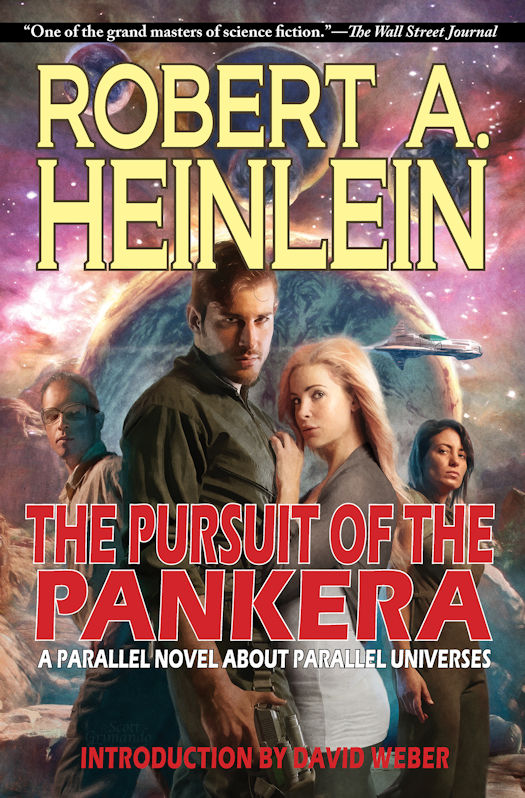 "Heinlein still offers a rollicking ride even after all these years."—The Oklahoman

"The Pursuit of the Pankera is mostly in his middle style and occasionally hearkens back to his earliest pulp action writings. Together, the two novels offer a fascinating insight into an inflection point in the evolution of one of science fiction's greatest writers." — Booklist

The Pursuit of the Pankera is one of the most audacious experiments ever done in science fiction by the legendary author of the classic bestseller Starship Troopers.

Robert A. Heinlein wrote The Number of the Beast, which was published in 1980. In the book Zeb, Deety, Hilda and Jake are ambushed by the alien “Black Hats” and barely escape with their lives on a specially configured vehicle (the Gay Deceiver) which can travel along various planes of existence, allowing them to visit parallel universes.

From that point on the plot lines diverge completely. While The Number of the Beast morphs into something very different, more representative of later Heinlein works, The Pursuit of the Pankera remains on target with a much more traditional Heinleinesque storyline and ending, reminiscent of his earlier works.

The Pursuit of the Pankera was never published and there have been many competing theories as to why (including significant copyright issues in 1977). Over time the manuscript was largely forgotten but survived in fragments. A recent re-examination of these fragments, however, made it clear that put together in the right order they constituted the complete novel.

And here it finally is: Robert A. Heinlein’s audacious experiment. A fitting farewell from one of the most inventive science fiction writers to have ever lived: a parallel novel about parallel universes as well as a great adventure pitting the forces of good versus evil only the way Heinlein could do.

Labels: Arc Manor, CAEZIK SF & Fantasy, Robert A. Heinlein, The Number of the Beast, The Pursuit of the Pankera
Email ThisBlogThis!Share to TwitterShare to FacebookShare to Pinterest