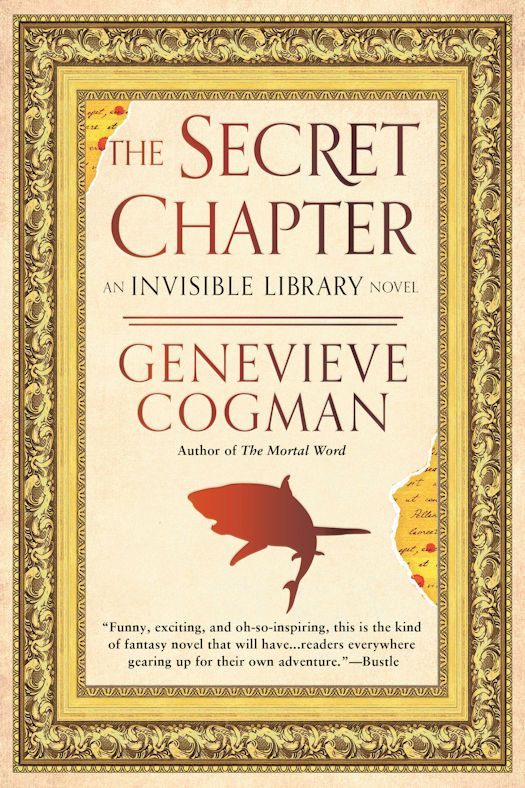 Time-travelling, dimension-jumping, Librarian-spy Irene and dragon-prince Kai will have to team up with an unlikely band of misfits to pull off an amazing art heist—or risk the wrath of a dangerous villain with a secret island lair.

A Librarian’s work is never done, and Irene is summoned to the Library. The world where she grew up is in danger of veering deep into chaos, and she needs to obtain a particular book to stop this from happening. Her only choice is to contact a mysterious Fae information-broker and trader of rare objects: Mr. Nemo.

Irene and Kai make their way to Mr. Nemo’s remote Caribbean island and are invited to dinner, which includes unlikely company. Mr. Nemo has an offer for everyone there: he wants them to steal a specific painting from a specific world. But to get their reward, they will have to form a team, including a dragon techie, a Fae thief, a gambler, a driver, and the muscle. Their goal? The Kunsthistorisches Museum in Vienna, in an early twenty-first-century world, where their toughest challenge might be each other.

This instalment of the Invisible Library series is a librarian version of Ocean's 11 meets the Italian job with a little of the Thomas Crown Affair thrown in for good measure. Irene is barely afforded the time to rest after the traumatic events of the last story where she helped to broker a deal between the dragons and fae. Her mission, this time, is to obtain a specific book or else the World in which she spent her teenage years will fall into chaos. Unfortunately, the key to finding this book rests in the hands of an information broker - Mr. Nemo. Before he gives up the secret to the book he wants Irene to steal a painting from another world. Irene won't be doing this on her own. She has a crack team at her disposal, each with their own specialism - a thief, a gambler, the muscle, a computer geek and a driver. If they return the painting to Mr. Nemo within a week he will give them something from his collection.  For Irene it's the book she desperately wants. Irene is not normally a 'team player' but she has to cooperate with the others or she has no chance of stealing the painting let alone surviving the mission.

This book seems to signal another change in direction for the series. Books 1-3 focused on the Alberich plotline. Then the direction changes in Books 4 and 5 which leads up to the confrontation between the fae and dragons. Then Book 6 (The Secret Chapter) is different again, where Irene is joined by Kai and a couple of 'players' in order to complete the mission. The only things that are consistent through all novels are Irene, the Library and Kai. That's not to say that I didn't enjoy the story. I did. However, that is due to how much I like Irene and Kai and less about the plotline which I found quite predictable in comparison to other stories. Cogman really focuses on stereotypes and the roles that people play in life and the plot lends itself to this theme. I feel that if Cogman represented her characters in colour then everyone apart from Irene and Kai would been in black and white.

Cogam also introduces us to Irene's parents. They are both typical and atypical parents. Irene is unique as she has grown up with the Library but didn't spend a lot of time with her parents as they were off on their own book retrieval missions. The fact that they weren't always around doesn't stop Irene's parents from acting like typical parents and the scenes they are together are quite humorous. Typically being introduced to someone's parents gives you a better idea of what they are like as a person. As we have already spent 5 novels with Irene I don't think there is much about this character that we don't already know and while amusing it does seem more like her parents are a plot device rather than developing Irene's backstory and character.

Overall, this is another solid instalment in the Invisible Library series. I do, however, worry that Cogman has lost the over-arching plot arc. As much as I love Irene, Kai and friends I don't want this to continue to be one off, semi-standalone series with no end in sight.
Posted by Melanie at 9:09 AM