Interview with Corry L. Lee, author of Weave the Lightning


Please welcome Corry L. Lee to The Qwillery as part of the 2020 Debut Author Challenge Interviews. Weave the Lightning was published on April 7, 2020 by Solaris. 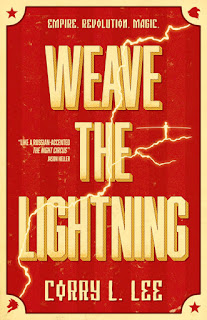 Corry:  I was in 5th grade. My “novel,” written on loose leaf notebook paper, was about a group of aliens called rock-moose (moose-like sentients with a symbiotic relationship to the rock-like creatures living on their long, shaggy fur). The water on the surface of the world turned solid during the day. An expedition from Earth had portal-ed in and was having trouble. It was a hybrid first-contact / survival story.

Corry:  Hybrid. I work out the way-points of my plot before I start writing - the ending, big events, that sort of thing - but my efforts to do more substantial outlines tend not to be very productive.

I do always write up a full outline once I finish a draft, as it helps me see the book from a different perspective when I’m pondering a revision. And I’ve started writing revision outlines (of the thing I’m revising toward) to try and iron out some of the bugs before doing all that re-writing.

Corry:  Despite outlining only rough way-points for a draft, I like having a plan. My subconscious, on the other hand, is more like a squirrel, darting off after shiny ideas. Often those ideas are in fact better than the plan, but I still get pissed when stomping through uncharted idea-underbrush. “But whyyyyy?” I moan to all who will listen. Though I often later admit that, yes, the squirrel was chasing a diamond and not a shiny bottlecap.

I might need to make peace with the squirrel.

Also, I was (okay, still am and always will be) a huge Babylon 5 fan.

TQ:  Tell us something about Weave the Lightning that is not found in the book description.

Corry:  It’s about hope, trust, and building a better world. I’m fundamentally an optimist, and it shows.

TQ:  What inspired you to write Weave the Lightning? What appeals to you about writing Fantasy?

Corry:  I wanted to develop a big, crunchy magic system that tied deeply into characters’ emotional space. I love magic that feels rich and organic, as complex as the people wielding it. I also love when technology develops alongside magic, when the world is constantly evolving with power dynamics shifting.

TQ:  Which period in Russian history was your inspiration for Weave the Lightning?

Corry:  It’s a mash-up. Technology is 1910s era, but Bourshkanya is a secondary world with Russian-flavored culture, heavily influenced by storm magic. A fascist regime has held control for the last 20-odd years, becoming increasingly repressive. In its historical underpinnings, it’s a bit Soviet, a bit pre-WWII Germany.

TQ:  What sort of research did you do for Weave the Lightning?

Corry:  I read and watched a lot of WWI, WWII, and Soviet-era books, films, and documentaries. Stand-outs are Lucie Aubrac’s memoir Outwitting the Gestapo and the Newberry nominated Breaking Stalin’s Nose. I chewed on discussions of fascism, like Robert O. Paxton’s The Anatomy of Fascism, and tried to understand how growing up under an oppressive regime affected a nation’s youth.

I also read and watched lots of circus-related material, which was much more fun!

TQ:  Please tell us about the cover for Weave the Lightning.

Corry:  I love the cover! It’s hard to see its full beauty in photos because the lightning bolt is spot-varnished, which means that if you tip the book back and forth, the lightning seems to flash!

The high wire walker stepping across the lightning is Celka Prochazka, a young female resistance fighter whose family are “The Amazing Prochazkas,” a travelling circus’s top-billed act of high wire walkers - modelled lightly off the real-life Flying Wallendas.

TQ:  In Weave the Lightning who was the easiest character to write and why? The hardest and why?

Corry:  Celka was the easiest. She’s bold and enthusiastic. She’s struggling to understand her magic and determined to fight the regime. She begins with a very clear sense of “right” and “wrong,” which ends up being challenged in interesting ways in the book.

Gerrit was much harder. He’s the son of the fascist state’s Supreme-General. He was trained at a top military mage academy, and so spent his life steeped in the regime’s “might makes right.” But he’s a good person at heart, if horribly entitled. Walking the line between making Gerrit the person his father wants him to be - who he’s spent his life striving to become - and a sympathetic character we can root for was an interesting challenge.

TQ:  Does Weave the Lightning touch on any social issues?

Corry:  Fantasy is often laden with sexism, even if the protagonists are female and the magic doesn’t discriminate along gender lines. I wanted to develop a society with deep-seated gender equality, because I believe in the power of fiction to light the way to a better world.

So despite being set in a fascist state with 1910s-era technology, women and men aren’t pigeon-holed into gender roles, non-binary pronouns are unremarkable, and love is love.

TQ:  Which question about Weave the Lightning do you wish someone would ask? Ask it and answer it!

Corry:  Are there any hidden gems or call-outs?

The minor character named Lucie is named after Lucie Aubrac, an amazing woman in the WWII French resistance who stood up to some nasty Gestapo monsters in Lyon. She fought, she loved, and she did much of it while pregnant. She’s a real-life badass, so I wanted to salute her.

TQ:  Give us one or two of your favorite non-spoilery quotes from Weave the Lightning.

“Most people thought time marched at an unwavering pace, each second as long as the next. Those people had never walked the wire.”

“Why are you staring at me like I have a bayonet sticking out of my chest?” he asked.

He looked down at his chest. “Not about the bayonet.”

Corry:  I’m currently revising Weave the Lightning’s sequel, The Storm’s Betrayal (due out in 2021). I love how it has given me a chance to open up the world and dig into different aspects of the magic system. Also, a new character (I don’t want to spoiler who, because they’re in the first book) gets a POV... and it’s delightful.

Corry:  Thank you for having me! 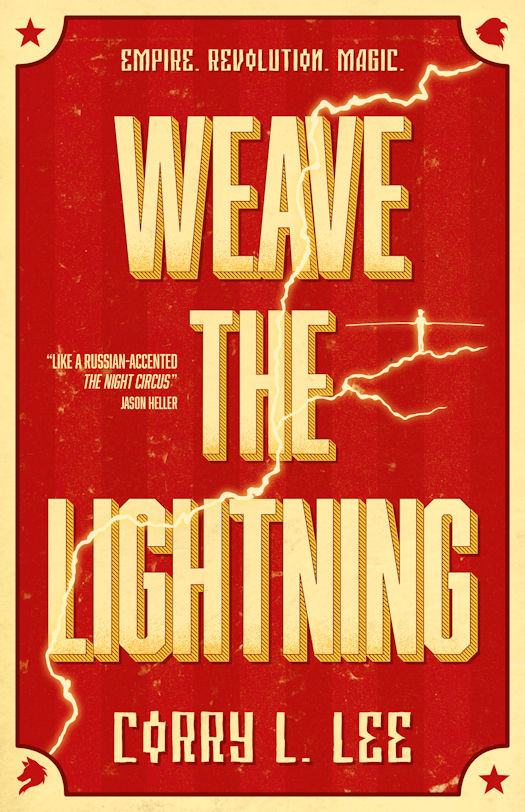 Gerrit is the son of Bourshkanya’s Supreme-General. Despite his powerful storm-affinity and the State’s best training, he can’t control his magic. To escape the brutal consequences, he flees.

Celka is a travelling circus performer, hiding both her link to the underground and her storm-affinity from the prying eyes of the secret police. But Gerrit’s arrival threatens to expose everything: her magic, her family, and the people they protect.

The storms have returned, and everything will change. 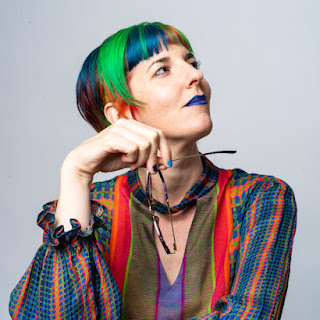 Corry L. Lee is a science fiction and fantasy author, Ph.D. physicist, award-winning science teacher, data geek, and mom. In Ph.D. research at Harvard, she shed light on the universe fractions of a second after the Big Bang. At a major tech company, she connected science to technology, improving the customer experience through online experimentation. She’s currently obsessed with cross-country skiing, yoga, and single origin coffee. A transplant to Seattle, Washington from sunny Colorado, she is learning to embrace rainy days. Learn more at corrylee.com