Guest Post by Sarah Chorn, author of OF HONEY AND WILDFIRES


Please welcome Sarah Chorn to The Qwillery with a guest post about some of the research she did to create the fascinating magic system in her new novel Of Honey and Wildfires.

And please join The Qwillery in wishing Sarah a very Happy Publication Day! One of the most unique aspects (in my humble opinion) of Of Honey and Wildfires is the magic system. “Shine” (what magic is called in this book) is based on the oil and coal industries in the mid-to-late 1800’s. Shine comes in a liquid and a rock form. It’s either pumped out of the earth in big wells that people dig, or it’s mined. Shine is used for a whole slew of things. People add it to their food and drinks. It’s used to heal injuries and illness. It’s used to power trains, and send messages. There’s also a darker side to it, but I’ll let you read the book to figure that out.

I do a whole lot of real-world research when I write. I like to base as much of my secondary worlds and magic system on the real world as possible. I went down some pretty wild rabbit holes when I was researching oil and coal to make my “shine” in this book. For example, did you know that people would drink oil as a curative? Did you know that oil was used in China some 7,000+ years ago?

So, here is where I will geek out a bit about the aspects of oil and coal that I didn’t know before writing this book, and how I used this information to inform my “shine” in Of Honey and Wildfires.


The early 18th century marked a change in society, from agrarian to more industrial as steam engines and the like were introduced to the world.

Suddenly, coal was a thing people could use to heat houses, and even power engines. The benefit of coal was that a little of it went a long way. A half-ton of coal produced four times more energy than the same amount of wood.

Soon, people started wondering what else the earth held in it (some say that environmental concerns drove people toward oil, some say it was just a natural progression). Regardless, the oil industry entered the American landscape in 1859 with a well dug in Pennsylvania.

That, however, is not really where the oil industry starts. Not globally, at least. Now, follow me, dear reader, while we go down a rabbit hole that will take us back a few thousand years, to China.

The earliest sign of wells being dug is in the Zhejiang Province, in China. Evidence for wells, dating back some 7,000 years ago, when people were just starting to enter the region and cultivate the land. At this time, people in the coastal regions would boil water from the sea to produce salt. Salt was a valuable preservative, used to preserve foods as well as in cooking. As people moved inland, and the population became denser, people inland began to dig salt wells. The first recorded salt well was dug in the Sichuan Province around 2,250 years ago.

There is evidence of the drilling techniques changing over time, from using percussive methods to break through the rock and shale, to eventually using bamboo and pressure, which allowed people to dig deeper wells, easier. The first well to reach more than 1,000 meters in depth was the Shanghai Well in 1835. Oil, natural gas, petroleum and the like was often an unwanted byproduct of salt water drilling.


Salt was often traded on boats through rivers, while bamboo pipeline was created to pump oil and natural gas. For a long time, the salt and natural gas industry were two separate beasts (the salt being more useful and desired than the oil), but there is evidence of a fledgling natural gas industry dating back to 61 BC. Around the 16th century, technology was developed that allowed people to cultivate more natural gas. Usually, until this point, wood had been used to boil the water, which would then evaporate and leave behind salt. Now, natural gas could be used, preserving more trees and reducing deforestation in areas.

This merging of the salt and natural gas industry is what allowed Zigong’s salt production to reach an industrial scale. (I highly recommend you read this article about all this to gain more depth and detail, as well as pictures.) Another fun fact: Herodotus claimed that asphalt was used in the construction of walls, nearly four thousand years ago, and much of it was found on the banks of the river Issus. (more here)

This brings us to the US oil industry. In 1849, a man named Samual Keir began extracting oil from the saltwater wells on his property. After some experimentation, he discovered that the substance that was the byproduct of his saltwater wells had the same chemical properties of the stuff his wife was being prescribed for her ailments. He decided to see what else it could be used for. He started selling his oil for medicinal purposes and, of course, being the enterprising soul he was, he grew rich.

In the 1850’s, Kier started drilling for crude exclusively, rather than finding it as a byproduct of salt water. He joined up with John T. Kirkpatrick and started the first oil refinery wherein they refined the oil so it was cleaner and more efficient “carbon oil.” (more here)

In 1859, one very lucky chap, Edwin Drake, was sent by the Pennsylvania Rock Oil Company to rural Pennsylvania dig, specifically, for oil. He ended up with a well that was 69.5 feet deep. While whale oil had been used for a long time, this “rock oil” was safer than many other oils used on the market, like camphene, which was explosive. This discovery turned Pennsylvania into one of the first “producing states.”


Fun fact: Crude oil had been found in medicine as far back as 1814, though the oil used for these was found using primitive drilling methods, and the people who found this crude (in Kentucky and Tennessee, respectively), were often drilling for brine, using “spring poles” instead of the pressurized drilling used in Pennsylvania. The small amount of oil was an unwanted byproduct and thus, put into medicine. (more here)

Truthfully, oil has been used throughout civilization in many different ways, but usually, the finding of it was met with dismay. It was an unwanted byproduct of drilling to find brine, which was a valuable source of salt, used to preserve food, and etc. (more here)

Word got out about Drake’s find in Pennsylvania, so all sorts of people decided to come out and find their own oil. There was so much competition, that within two years, Drake had to shut his well down. Not long after, more oil was found in states out west, and Pennsylvania sort of dried up while people hied off to Texas and other states to strike it rich with the black gold.

This seems like a good place to stop things for now. It leaves a jumping-off point for what happens next – the introduction of big oil companies, Rockefeller, frontier life, western expansion, the resource curse, all of which I used in one way or another as jumping-off points for the creation of not just the magic system, but issues faced in Shine Territory as a whole.

The research I do while writing often fascinates me and helps me inform my plot and characters in some unexpected ways. I learn far more than what I actually use in my books, but knowing these things helps me add dimension, texture, and layers to my writing.

I hope, if you choose to read Of Honey and Wildfires, you’ll enjoy the magic system as much as I enjoyed creating it. 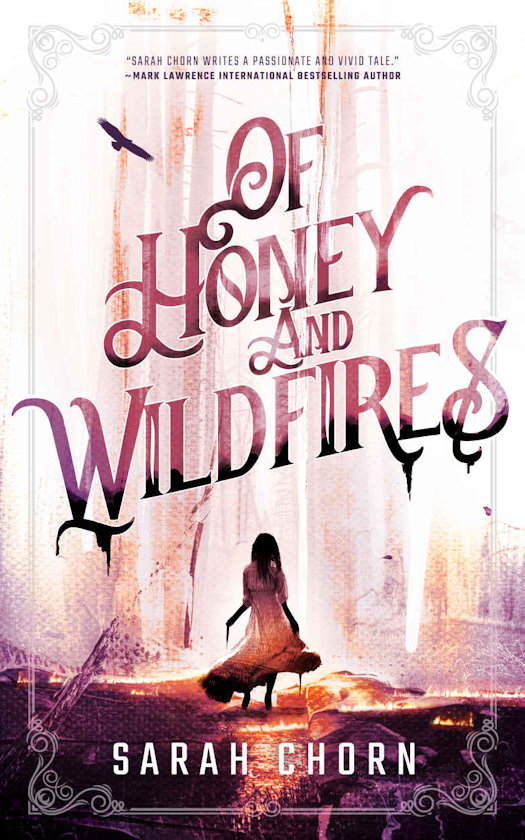 From the moment the first settler dug a well and struck a lode of shine, the world changed. Now, everything revolves around that magical oil.

What began as a simple scouting expedition becomes a life-changing ordeal for Arlen Esco. The son of a powerful mogul, Arlen is kidnapped and forced to confront uncomfortable truths his father has kept hidden. In his hands lies a decision that will determine the fate of everyone he loves—and impact the lives of every person in Shine Territory.

The daughter of an infamous saboteur and outlaw, Cassandra has her own dangerous secrets to protect. When the lives of those she loves are threatened, she realizes that she is uniquely placed to change the balance of power in Shine Territory once and for all.

Secrets breed more secrets. Somehow, Arlen and Cassandra must find their own truths in the middle of a garden of lies. 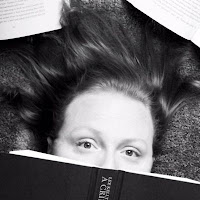 Sarah has been a compulsive reader her whole life. At a young age, she found her reading niche in the fantastic genre of Speculative Fiction. She blames her active imagination for the hobbies that threaten to consume her life. She is a freelance writer and editor, a semi-pro nature photographer, world traveler, three-time cancer survivor, and mom to one six-year-old, and one rambunctious toddler. In her ideal world, she’d do nothing but drink lots of tea and read from a never-ending pile of speculative fiction books.