The Qwillery is pleased to announce our fifth and last Semi-Finalist: The Blackbird and the Ghost by Hûw Steer.

Someday I'll Be Redeemed (The Chronicles of Lorrek 1) by Kelly Blanchard;

A Shard of Sea and Bone (Death of the Multiverse 1) by L.J. Engelmeier;

A Wizard's Dark Dominion (The Gods and Kinds Chronicles 1) by Lee H. Haywood; 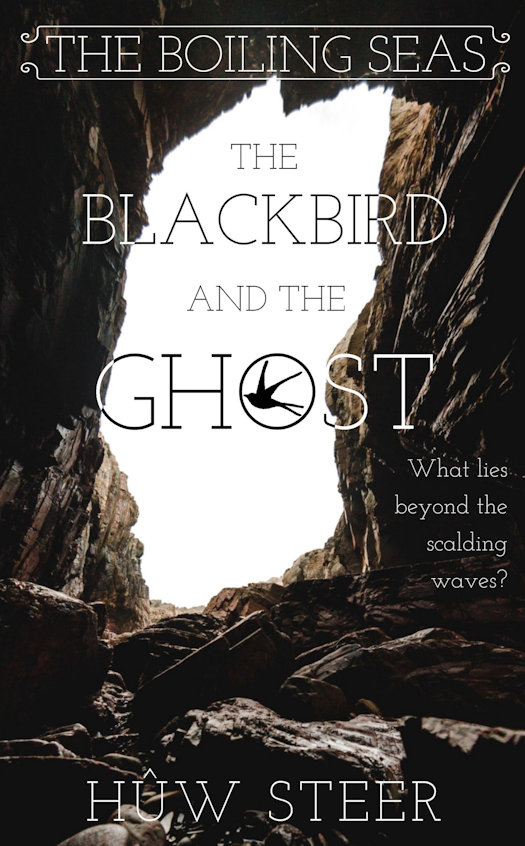 The Boiling Seas are the mariner’s bane – and the adventurer’s delight. The waters may be hot enough to warp wood and boil a hapless swimmer, but their scalding expanse is full of wonders. Strange islands lurk in the steamy mists, and stranger ruins hold ancient secrets, remnants of forgotten empires waiting for the bold… or lying in wait for the unwary.

On the Corpus Isles, gateway to the Boiling Seas, Tal Wenlock, the Blackbird, seeks a fortune of his own. The treasure he pursues could change the world – but he just wants to change a single life, and it’s not his own. To reach it, he’ll descend into the bowels of the earth and take ship on burning waters, brave dark streets and steal forbidden knowledge. He’ll lie, cheat, steal and fight – but he won’t get far alone. The ghosts of Tal’s past dog his every step – and one in particular keeps his knives sharp.

The Blackbird will need help to reach his goal… and he’ll need all his luck to get back home alive.

The Blackbird and the Ghost relates the story of Tal Wenlock, a slightly magical tomb raider and amateur historian. Tal is not perfect but is bright, mostly good-natured, and sort of has a heart of gold. He knows he's flawed. He acknowledges he's a thief and more, but he has a very good reason for the personal quest he is now on.

Steer slowly unwinds the reason that Tal is looking for a particular treasure never giving away too much until the ultimate reveal. The worldbuilding is exceptional. Steer's descriptive powers are top notch. The reader gets a true sense of place whether on a sailing ship crossing the Boiling Seas, in a local bar in the town of Port Malice, or underground in a long buried palace. The descriptions never overwhelm the story which is driven by Tal and his search.

In addition to the inventive worldbuilding, Steer develops his main character well. You really get to know Tal Wenlock and start to get to know a character introduced later in the story who I hope we see more of. (No spoilers here.)

As a rule I don't like prologues but the prologue in The Blackbird and the Ghost did not bother me much to my amazement. It is a nice starting point to the story, invests the reader in Tal, is not too long, and does not give the ending away. Well done.

Steer ties up the main story with no cliff-hangers and with intimations of adventures to follow. The Blackbird and the Ghost is an exciting and well-paced novel with wonderful worldbuilding, a terrific main character, and a deeply engaging plot. You'll find that this is one of those books that is hard to put down.

Labels: Hûw Steer, SPFBO 2019, SPFBO 5, SPFBO Semi-Finalist, The Blackbird and the Ghost
Email ThisBlogThis!Share to TwitterShare to FacebookShare to Pinterest