First, thank you to all of the authors in our slush pile this year. We read some wonderful books. A big shout out to our 4 Semi-Finalists who have now been cut:

Knight and Shadow by Flint Maxwell;

The Blackbird and the Ghost by Hûw Steer;


Clicking on a novel's cover will take you to its Amazon page.


Second, after not too much debate The Qwillery has chosen its Finalist for SPFBO 5.

We were impressed with the worldbuilding, setting, and the very strong characters. We are re-posting the Semi-Finalist review because Phil said it best. We give the novel a collective 9. 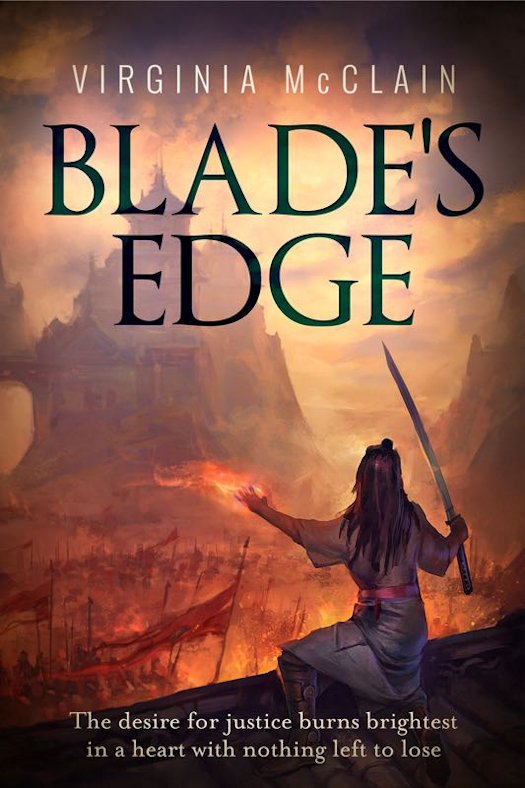 Mishi and Taka live each day of their lives with the shadow of death lurking behind them. The struggle to hide the elemental powers that mark the two girls as Kisōshi separates them from the other orphans, yet forges a deep bond between them.

When Mishi is dragged from the orphanage at the age of eight, the girls are unsure if or when they will find each other again. While their powers grow with each season-cycle, the girls must come to terms with their true selves--Mishi as a warrior, Taka as a healer--as they forge separate paths which lead to the same horrifying discovery...

The Rōjū council’s dark secret is one that it has spent centuries killing to keep, and Mishi and Taka know too much. The two young women have overcome desperate odds in a society where their very existence is a crime, but now that they know the Rōjū’s secret they find themselves fighting for much more than their own survival.

The success of this story comes from its originality and vivid portrayal of life for two orphan girls in medieval Japan – at least a fantastical version of that country. I quickly became fascinated with not just the plight of Taka and Mishi, but by the culture in which they lived. The world created by Virginia McClain is so utterly realistic. Beautiful. Violent. Unfair.

The author lived in Japan for some years and her love for the country and understanding of its distinctive culture is apparent in every aspect of the story. It’s so easy to assume that the challenges the girls face are no different to those of a few hundred years ago. The only difference is that in this story, magic exists. It’s what makes it such an original story. Magic operates in harmony with the natural world, derived from fire, water, air, and the earth.

And this is where the inherent tension is derived. Females are not allowed to possess magic. Discovery of their ‘kiso’ at birth leads to their death. Taka and Mishi survive only by the help of people desperate to eliminate this barbaric practice. The story follows the girls’ journey (both physical and allegorical) as they develop their distinctive kiso while growing up into women capable of fighting in this underground movement.

We quickly sympathise with the girls’ plights, we cheer those who support them and despise those who use violence to maintain the repressive and immoral Roju regime. World building is highly detailed. It takes time to familiarise yourself with so many terms for roles, clothes, weapons, rituals and the like but this is one of the features that makes the story so unique. Ms McClain sets her story on the imaginary island of Gensokai. This medieval land is vividly drawn, using language which is rich and vibrant, immersing you in its landscape, ecology, cultures and society.

And yes, there is even a dragon.

I really enjoyed this book. Read it within a few days. It’s not filled with battles and swordplay, there are no wizards and even the dragon is restricted in its involvement. It is a story of great subtlety. The two protagonists are not the inevitable ‘kick-ass’ type that pervade fantasy stories either. Their disciplined development is painful, harsh and mirrors the process of acquiring finesse in any martial art. It’s just that the finesse includes magical expertise too. These are real women, with flaws and doubts, but with the determination to fight inequality. In this respect this is a story which resonates with our own world and that makes this book an even stronger, more commercially viable, product as a result.
Posted by Qwill at 8:00 AM