Interview with Colleen Winter, author of The Gatherer


Please welcome Colleen Winter to The Qwillery as part of the 2019 Debut Author Challenge Interviews. The Gatherer is published on November 26, 2019 by Rebel Base Books. 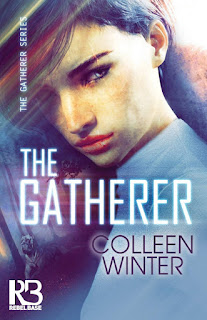 Colleen:  The first piece I remember writing was a poem about our cat in grade seven. The teacher read it to the class and I can remember being mortified.

Colleen:  I am a pantser. Because I am an engineer I had originally thought I would be a plotter but it wasn't until I started NOT plotting that things really took off for me as a writer.

Colleen:  Time. It's a bit of a cliché for writers to want more time but I often wish I had more time to sit with the ideas and plot points rather than perpetually being on deadline.

Colleen:  My whole life feeds into my writing process and my ideas. I'm interested in how everything is interconnected so I am continually being bombarded with images and ideas that are part of the greater whole. I read voraciously, and nothing inspires me more than a story brilliantly told (except for the ones that are so brilliant they are intimidating.)

TQ:  Tell us something about The Gatherer that is not found in the book description.

Colleen:  There are two strong female characters in the book. Storm Freeman who creates the Gatherer and Maria Kowalski the soldier tasked with stopping her.

TQ:  What inspired you to write The Gatherer? What appeals to you about writing Technothrillers?

Colleen:  My inspiration came from our conflicted relationship with energy. We often don't understand the choices we make when we choose to use a certain technology. As humans we rush to implement the latest tech without considering the consequences, and I am fascinated with exploring where that leads.

TQ:  What sort of research did you do for The Gatherer?

Colleen:  I did extensive research for the book including on electromagnetic fields and how they affect the human body, electromagnetic sensitivity and its growing prevalence in modern times, acupuncture and how the energy fields in the body interact, and Nikola Tesla and his inventions.

TQ:  Please tell us about the cover for The Gatherer.

Colleen:  The cover is an amalgamation of the main characters in the book. It was designed by Cora Graphics who did a fantastic job.

TQ:  In The Gatherer who was the easiest character to write and why? The hardest and why?

Colleen:  Maria Kowalski was the easiest character to write since she is always moving and has a clear idea of what she needs to do and why. Storm Freeman was harder as she is more contemplative and has conflicting reactions to many of the events that occur. I love them both but Storm kept me on my toes.

TQ:  Does The Gatherer touch on any social issues?

Colleen:  The Gatherer deals partially with how we treat those that are sick and our refusal to recognize illnesses that are caused by things we don't understand. Being told 'It is all in your head' happens to many people suffering from illnesses that doctors can't diagnose or don't understand, in this case electromagnetic sensitivity.

TQ:  Which question about The Gatherer do you wish someone would ask? Ask it and answer it!

Colleen:  Are there situations in the Gatherer that are true? Or that you believe are not far in our future?

Absolutely. The number of technologies that send electromagnetic fields (EMFs) into our environment are increasing all the time. Cell towers, electric vehicles, battery storage, high voltage power lines...all of them emit EMFs and we don't have any real understanding of the damage they cause in people's bodies, which rely on electrical signals to operate. There is a reason electromagnetic sensitivity is on the rise yet no one seems to have it on their radar.

TQ:  Give us one or two of your favorite non-spoilery quotes from The Gatherer.

"It says that we're dangerous."
Maria felt a strengthening in her core, that someone had recognized the damage that they could do if everything went right.
"We are dangerous."
Storm smiled suddenly, then laughed. A sound that did more for both of them than any food or water.
"I guess they better watch out then."

Colleen:  The Gatherer is the first book in The Gatherer series. The second book is due out next year and I'm currently putting on the final touches. Once that is finished, I'll be starting on the third.


The Gatherer
The Gatherer 1
Rebel Base Books, November 26, 2019
Trade Paperback and eBook, 244 pages

It Was Meant To Save Humanity
Not Destroy It

Storm Freeman gave the world a miracle. She designed The Gatherer to draw electromagnetic energy from the air and disperse free and infinite electricity to rural and underprivileged communities. Her invention helped people but devalued power industries. Some revered Storm as a deity. Others saw her as an eco-terrorist.

Then the miracle became a curse. The Gatherer unleashed a plague that damaged the human electrical system, bringing pain, suffering—and eventual death—to anyone continually exposed to the technology. Stricken herself, Storm goes into exile, desperate to find a cure—and destroy her invention.

But there are people in the government and in the corporation that funded The Gatherer who refuse to publicly acknowledge the connection between the device and the spreading plague. And they will stop at nothing to find Storm and use her genius for military applications . . . 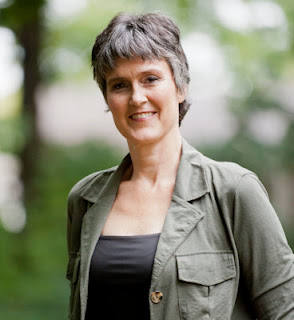 Colleen is a science-fiction junkie and uses her electrical engineering degree to create stories that walk the line between what is real and what is possible. In a previous life she worked as a journalist and now as a communications consultant in the Ontario electrical industry. She lives near Toronto, Canada and spends as much time as she can hiking the beautiful places of the world with her family and her dog.