Please welcome Virginia McClain to The Qwillery as part of the Self-Published Fantasy Blog-Off 5 Interviews. Virginia has submitted Blade's Edge to SPFBO 5. 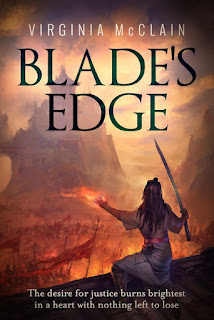 Virginia:  Well, I still have a collection of very short stories that I wrote in crayon about some hedgehog knights and their dragon adversaries. The spelling is very creative. I was about five or six. The stories are all illustrated. I'm sorry to say that my drawing skills have not improved over the years, but I like to think that both my writing and spelling are substantially better off.

Virginia:  These days I am a firm hybrid. I was a pure pantser for quite a while, but I've gotten a bit more methodical over the years. My first novel started with nothing more than a vague idea of a character and a single scene and then I was off and running. These days I do detailed character sheets, and vague outlines before I start any book. It tends to leave me with less work when it comes to revisions.

Virginia:  I have a 2.5 year old so these days the hardest thing about writing is finding time to write without distractions. My daughter is wonderful, but if she's in the room it's generally difficult for me to get anything done besides advertising and graphic design work.

TQ:  What inspired you to write Blade's Edge?

Virginia:  I was living in Japan, spending a fair bit of my time visiting the local shinto shrines and buddhist temples, and began to wonder what things would be like if the shinto spirits came out to interact with people regularly and if something like zen meditation were the key to magical practices. That was the first spark of the idea that turned into the world of Gensokai and the characters within.

TQ:  Please tell us about the cover for Blade's Edge.

Virginia:  The artist is the fabulous Juan Carlos Barquet (I ran a Kickstarter just so I could hire him to do the cover) and the artwork is sort of a combination of a few different elements from scenes in the book, not an exact rendering of a particular scene.

TQ:  In Blade's Edge who was the easiest character to write and why? The hardest and why?

TQ:  Does Blade's Edge touch on any social issues?

Many. The most prominent are governmental corruption and systemic misogyny.

TQ:  Give us one or two of your favorite non-spoilery quotes from Blade's Edge.

"Sachi narrowed her eyes at Mishi and tilted her head to one side. She thought for a moment before she replied.
“Kuma-sensei once told me that the family we choose is even stronger than the family we’re given.”"

Virginia:  Well, Blade's Edge's sequel was released in 2017, and since then I've been working on a humorous urban fantasy series called Victoria Marmot. I'm currently working on the fifth and final book in the series and plan to release both books four and five in the fall of this year. After that, I plan to start work on a third Chronicles of Gensokai book (the same series that Blade's Edge starts). 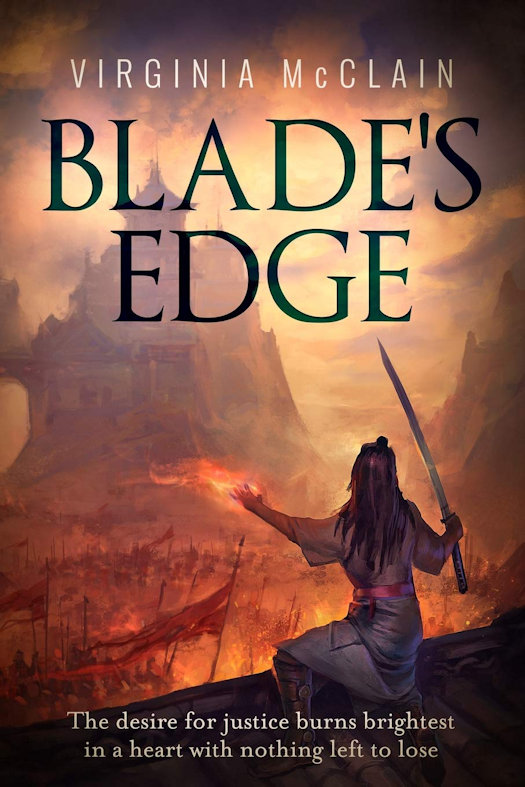 The Kisōshi, elite warriors with elemental powers, have served as the rulers and protectors of the people of Gensokai for more than a thousand years. Though it is believed throughout Gensokai that there is no such thing as a female Kisōshi, the Rōjū ruling council goes to great lengths to ensure that no one dares ask why.

Even as young girls, Mishi and Taka know that they risk severe punishment - or worse - if anyone were to discover their powers. This shared secret forms a deep bond between them until, taken from their orphanage home and separated, the two girls must learn to survive in a world where their very existence is a crime. Yet when the girls learn the dark secret of the Rōjū council, they discover that much more than their own survival is at stake. 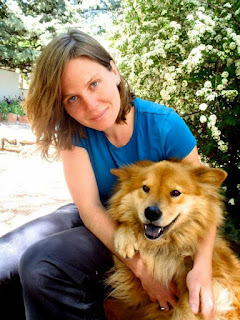 Virginia thinks dangling from the tops of hundred foot cliffs is a good time. She also enjoys hauling a fifty pound backpack all over the Grand Canyon and sleeping under the stars. Sometimes she likes running for miles through the desert, mountains, or wooded flatlands, and she always loves getting lost in new places where she may or may not speak the language.

She recently moved to Winnipeg with her husband (a Manitoba native) and their dog.