Please welcome Rafael Hohmann to The Qwillery as part of the Self-Published Fantasy Blog-Off 5 Interviews. Rafael has submitted his novel Sunrider to SPFBO 5. 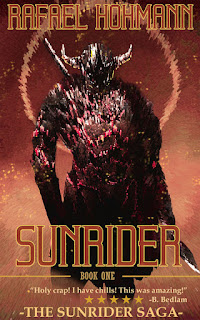 Rafael:  Oh goodness, some awful zombie story back in my high school years. I had delusions of grandeur that the book would net me millions within a few months and I would see my picture on the Times magazine within the year. I had two friends and my mom each buy a copy of the book. Good times. I still have a dust-covered copy in my office somewhere.

Rafael:  A detailed outline plotter, with moderate pantsing as I write and hit my plot key-points.

Rafael:  Time management. I've got a full-time job, little kids, and a college degree I'm working toward. But writing is my passion and so I do what I must to get my hours in each day.

TQ:  What inspired you to write SunRider?

Rafael:  I got tired of reading politicized fantasy that kept drawing me back to modern worldly problems. I wanted escapism. Also I was tired of dwarves, elves, and dragons.

TQ:  Please tell us about the cover for SunRider.

Rafael:  I was both a 3-D animator and digital artist for a few years and had both the tools, programs, and know-how to create the cover myself. After a lot of fan feedback and reiterations, I have the cover you see today (the print edition is only ever so slightly different). I also put cool maps in the book series.

TQ:  In SunRider who was the easiest character to write and why? The hardest and why?

Rafael:  The easiest character to write has also been at times the hardest. Wahala, who is a main antagonist and a female lead, is only second-in-command to "the true baddy of the story". She wants to usurp him and take charge over her people. Her character development, her corruption and slow change as she becomes more and more like the very person she hates the most has been easy because I really love her as a character and am invested in her, but difficult because plotting her slow ideological shifts and her growth in power need to be done so carefully.

TQ:  Does SunRider touch on any social issues?

Rafael:  Social to the fantasy world I created. I understand having issues that readers can connect to, but there is a fine line that needs to be balanced between creating believable societal conundrums vs. adding our Earthly dilemmas. I didn't become an author to preach, I became an author to allow readers to escape away from Earth's issues for a while.

TQ:   Give us one or two of your favorite non-spoilery quotes from SunRider.


“Leave those of ye that are wise, stay those of ye that are fools! For if I won’t budge, a fool I be, marching through Lenova, sword in hand, defending those that can’t fight! A fool shall I be on the day I die by the weapon of my foe! A fool shall I remain, from now until the end of all time, having challenged unstoppable enemies, unbreakable armies, even fate itself! And when Mal’Bal is at his highest, he will be defeated by the greatest fools of all.”


Tuliah laughed. “I still got a hop to my step, don't I?” She frowned and tapped her lips. “Granted I wasn't really there...”

“Wait, so I was dancing by myself? In front of everybody?” Finn yelped, feeling his cheeks grow even hotter.

“I suppose so!” Lady Tuliah said with a giggle not appropriate for her age. “But everyone was drunk anyways. I doubt they'll remember!”

Finn put his hands over his face, shaking his head. He could hear the elder woman laughing uncontrollably on the other side of the wall.

“If—if you had seen your face as I had! Dancing about and gyrating with no one near you, your rear bouncing along like two lopped potatoes in a sack!”

Rafael:  I'm currently in book three in the SunRider Saga and I will be continuing the series until it is finished, but I have many other book ideas ready to go afterward!

Rafael:  Thank you! It was my pleasure! 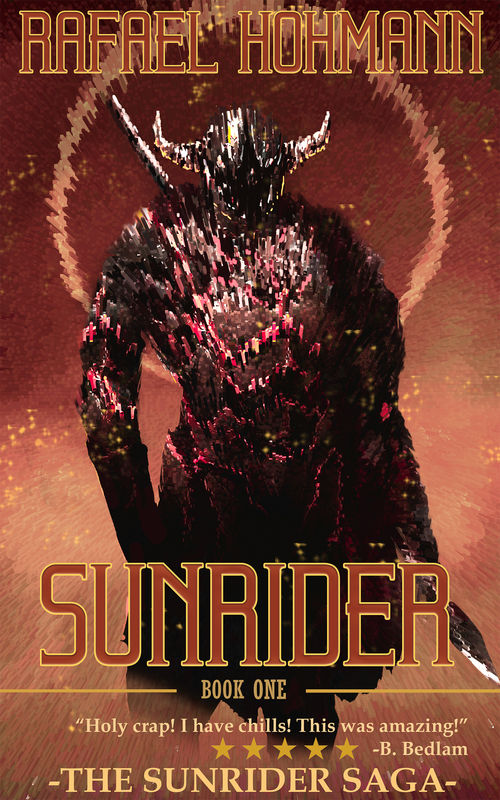 Magic pieces of armor rain from Lenova’s skies, granting common men God-like abilities. These individuals have been dubbed the Star-Children, and their magical suits of armor can reshape land, nations, and the future of man. Each of them wield a seemingly random and distinctive power: the
capability to create clouds of gems, the skill to bend lightning by command, the means to suck the air out of one’s lungs. They are marked by the bracers they wear: a single piece donning their arm, a piece which shifts and slides, forming their unique armored suits of might.

"A perfect mix of super-powers and fantasy!"

No one knows why these bracers have fallen from Lenova’s skies, picking seemingly random individuals to hold such power. In the absence of knowledge and with superior beings now in existence, chaos reigns. The few Star-Children with morals wield their powers with honor, those with darker intentions...seek blood and conquest.

In the midst of this emerging chaos, teenager Finn SunRider only cares for escaping the mines within the burning desert of the Crust and exploring the world he lives in. When an ancient bracer different from those which have fallen from the sky grafts onto Finn’s arm and the last of a dead race
warns that albeit no future is certain, he will be thrust in the middle of godly battles and mystery, Finn’s plans of freedom take a different turn.

From flaming, coal-covered vat-worms and two-directional streams to floating cities and slagged landscapes, follow a fantasy adventure of epic proportions! 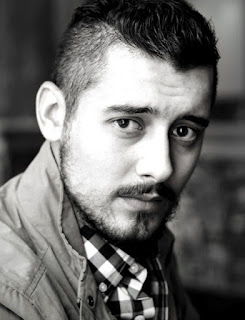 ​Born near the oceanic coast of Brazil and inside the dungeon of a castle, Rafael moved to the United States at the age of six. He spent his young years cliff climbing, exploring abandoned mines, and drawing strategy maps to survive the zombie apocalypse. Obsessed with sharing stories with others, he writes daily and talks a bit too much about books. You can often find him gorging on sushi and quoting The Office. He is an epic fantasy author whose SunRider series has been number one on Amazon. He's helped the fantasy writing community through teaching at conventions and sharing his knowledge with those who dream of creating their own books. His works have inspired epic musical compositions by famous composer Will Musser and his focus on monsters and lore have garnished him praise by his peers.