Please welcome Joyce Reynolds-Ward to The Qwillery as part of the Self-Published Fantasy Blog-Off 5 Interviews. Joyce has submitted Klone's Stronghold to SPFBO 5. 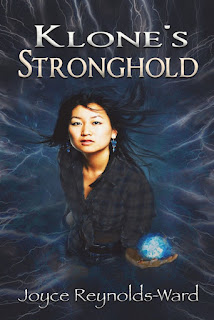 Joyce:  I was about eight years old and wrote a short story about Mighty Mouse. Several years later I wrote a novel about a girl and her palomino Thoroughbred filly that won the Triple Crown. After a few horse girl books, I moved on to writing science fiction and fantasy, and have been writing off and on since then.

Joyce:  Most of the time I am a plotter. But my current work-in-progress, CHOICES OF HONOR (third in the four-book Goddess's Honor series) decided that it didn't want to cooperate with plotting. As I wrote it, I realized that was because my original concept was too big for one book...so it's a four-book series, not a trilogy.

Joyce:  Sometimes it's just finding the time in the spring and summer. I've become quite active in my small community and juggling everything, along with seasonal stuff we're doing, can be difficult. And then there's marketing.

Joyce:  Family secrets can be dangerous.

TQ:  What inspired you to write Klone's Stronghold?

Joyce:  While driving over one of the passes in Oregon's Blue Mountains, I noticed a road sign for Klone Lane. The isolated location with known Sasquatch sightings nearby intrigued me, and I started thinking about mad scientists hiding out in the Blue Mountains. But how to write about it? Then I thought of JANE EYRE, and FRANKENSTEIN'S MONSTER, and the concept grew. But Reeni is no Jane, and Reed/Zander Klone contains his own complexities. Throw in some experiences camping at several Oregon music festivals, and hey...off the story went. There's also a strong influence from Zenna Henderson's PEOPLE stories.

TQ:  Please tell us about the cover for Klone's Stronghold.

Joyce:  Roslyn McFarland is my amazing cover artist. She has done the cover for one of my Netwalk Sequence science fiction books as well as the covers for my Goddess's Honor books. The front cover is a representation of Reeni, the main character.

TQ:  In Klone's Stronghold who was the easiest character to write and why? The hardest and why?

Joyce:  Reeni, the main character, was the easiest to write. While she's been beaten down by an abusive ex-husband and controlling religious parents and family (with--ahem--deeper reasons that it appears on the surface), she's bouncing back and she's got more than a bit of sass about her. I like to think that her former job as a special education teacher gave her the boldness to break free.

The most difficult? Several characters, really. Alexander Reed Klone was very reclusive and didn't want to show me much about himself--and Soraya didn't want to reveal much initially, either.

TQ:  Does Klone's Stronghold touch on any social issues?

Joyce:  Various forms of discrimination, spousal abuse, religious fundamentalism as a mask for domination and control. Treatment of developmental disabilities.

TQ:  Give us one or two of your favorite non-spoilery quotes from Klone's Stronghold.

"Don't get too comfortable," Trina cautioned as we drew closer. "There's more than the usual protestors--oh crud."

Right then I almost threw up. "What?"

"Anti-supernaturals." She peered closer. "And they're not all white--shit! Reeni, get down! Religious and I think I see your uncle!"

"Shit!" I lay flat on my side in the back seat, pulling the just-in-case blanket over be. "Anyone besides Jayanesh?" I asked, once I was certain I was covered. Dread cinched tight on me. This weekend was supposed to be fun. Not a family intervention.

"Sheriff's keeping them back," Trina said. "But yeah. Pastor Ananda's there."

"My parents?" I choked back the sick bitter taste in my mouth.

Great. My fists clenched tight as the car inched ahead. I heard the shouts as we drove by--not specific words but the smooth, silky tones of Pastor Ananda's voice almost made me retch.

Joyce:  You're welcome, and thank you! 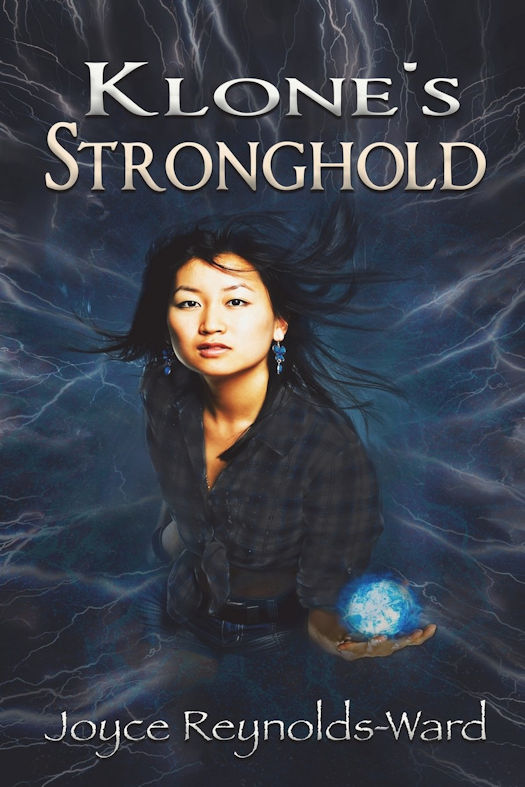 In a world of supernatural beings, not knowing what you are is dangerous.

After Reeni Dutta's ex-husband Karl attacks her at a music festival, she finds a refuge teaching cryptid construct children at Klone's Stronghold in northeastern Oregon's isolated Bucket Mountains. But things are not as they seem at the Stronghold, from the older proprietors of a nearby store and the Stronghold's leader Alexander Reed Klone, to Reeni herself. She discovers it's not just Karl who seeks to control who and what she is, but forces from her past that threaten her present. Can she learn the truth about herself and do what is needed in time to defend the Stronghold?

Joyce Reynolds-Ward is a speculative fiction writer who splits her time between Enterprise and Portland, Oregon. Her short stories have appeared in Well...It's Your Cow, Children of a Different Sky, Steam. And Dragons, Allegory, River, and Fantasy Scroll Magazine, among others. Her books include Shadow Harvest, Alien Savvy, Netwalking Space, Pledges of Honor (2018 Self Published Fantasy BlogOff Semifinalist), Challenges of Honor, and Klone's Stronghold. Projected 2019 book publications include Beating the Apocalypse and Choices of Honor. Joyce has edited two anthologies, Pulling Up Stakes (2018), and Whimsical Beasts (2019). Besides writing, Joyce enjoys reading, quilting, horses, skiing, and outdoor activities. She has been a member of Soroptimist International of Wallowa County since 2017.