Happy New Year! I had a debate with a work colleague about when it was too late to wish someone a happy new year. We agreed that late Jan/early Feb was too late but the ‘englishness’ in us make us do it (my Englishness is by osmosis rather than by birth). As this is my first MMiR for 2019 I thought I had better get my happy new year in here somehow.

I was really worried that I wasn’t going to have very many books to tell you about. I did something I never do. I had more than 1 book on the go and in between I was watching shows on Netflix. A few of my friends read multiple books at the same time but I don’t like to as I find it harder to finish them. Lucky I was able to finish most of the books I started so let me tell you what I had on the go in January.


I am going to start with my favourite, The Binding by Bridget Collins. This book will undoubtedly be in my top reads of 2019 and possibly one of my all time faves. I actually listened to this book rather than read it so a big hats off to the narrator - Carl Prekopp. He really did justice to each of the characters and while I am sure I would have really liked the written version, Prekopp’s narration made the story come alive.

Collins tells the story of young Emmett Farmer whose life changes all because of a book. Emmett lives in a world where your deepest secret, your more dreaded fear, the memory of a terrible event can all be taken away with just one visit to a bookbinder. Binders take your memories and store them on pages of velum, all bound together inside a leather cover.  Many fear binders, like his parents, thinking binding is a form of witchcraft but to others they are a way to hide cruelty and greed. When Emmett learns he is to become a binder’s apprentice he is isn’t sure what to think. He knows it's not the life either he or his parents envisaged from him. Under the watchful eye of Seredith he learns the artistry of the trade and enjoys the quiet companionship of his new master. Just went life seems to have a new purpose events conspire against him when he discovers a book with his name on it. Emmett's life is about to become a real page turner.

The Binding is one of the most beautiful and gentle love stories I have read in a long time. Collin's prose has a poetic, almost ethereal quality to it that helps draw you into Emmett's world. She is descriptive without over doing it and while many of the scenes or the retelling of traumatic events don't quite sound like they came from someone Emmett's age, they were perfectly structured and believable. Collin successfully uses the environment and other inanimate objects such as artwork or flowers to enhance the mood of a scene or to mirror the emotions of either Emmett or one of the other characters. Snow, rain, the perfume of lilies, a field of bluebells are all tools used by Collins to help tell her story. I find sometimes pathetic fallacy can come across as disingenuous or almost lazy but in this case it helps to build drama and create pathos.

I can't say enough how much I loved The Binding. It stayed with me for several days after reading it and even now, I still feel sympathy for Emmett and for certain other characters. If you like audiobooks be sure to buy this version as Prekopps adds another element and makes this book truly special. This is a fantastic, character driven story that draw you in and have you hooked from page 1.

Book number two is Earik Beann's Killing Adam. This science fiction 'shortish' story is set in a world that is controlled by a super computer, Adam. Humanity has been networked through brain implants called ARCs - Alternative Reality Chips. Jimmy Mahoney is a man on the outside. Jimmy isn't able to have an ARC as he suffered brain damage in football accident when he was young. While his wife spends 23 hours a day connected to an alternative world Jimmy prays that she return to him. When a rogue AI contacts Jimmy offering him the chance to free his wife he jumps at the chance. It's man vs machine in Beann's scifi thriller.

The plot of Killing Adam has a few too many similarities to the movie Surrogates, staring Bruce Willis for me. In fact I kept waiting for Bruce to turn up, maybe he was playing the part of Jimmy. I can't really say I enjoyed it as I thought it was just too predicable and not that original. Even the ending wasn't a surprise. On a positive note, it is quite short so it doesn't take long to read. If you don't have a lot of time to spare and like science fiction then you might be tempted to give it a read but don't feel you are missing out if you don't have time.

The final book I want to tell you about is completely different to the two above. It's Holymoly, book 8 in the Clovenhoof series, by Heide Goody and Iain Grant. My favourite prince of darkness is almost absent from this instalment as Clovenhoof has been relegated to a few cameos. Instead Brother Stephen and his bestie, the demon Rutspud are the stars of this crazy show. When Rutspud gets demonically kidnapped (i.e., summoned) Stephen knows he has to find him. His journey takes him back to his hometown where has to face up to his past, as well as, search for Rutspud. With the help of his D&D loving childhood friends Brother Stephen is determined not to leave his unlikely bestie in the hands of some suburban, evil occultists.

For those of you who have read any of my reviews you will know I love Clovenhoof. Many commutes into work have been filled with guffaws and lolling at the Lambrini soaked Devil. I didn't find Holymoly quite as funny as the other books in the series. In fact, it rather dragged in the middle chapters. Goody and Grant did ramp up the crazy for the final chapters and they really were very funny. If you need a laugh then this is the book for you. If you are an ardent fan of Clovenhoof then you might want to give it a miss.


That is all for me this month. I am taking part in the beta review of the latest installment of Michael Sullivan's Legends of the Empire series. I also have 2 books from SPFBO3 to read so keep your fingers crossed I can get through these AND have something to tell you about in Feb. I better go back to my 1 book at a time rule. Wish me luck! Until next time Happy Reading. 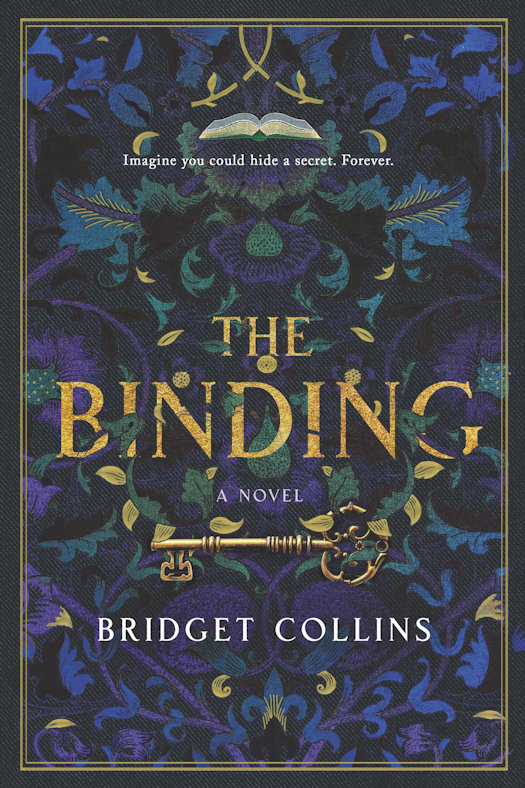 “Truly spellbinding... Many readers of The Binding will simply sink gratefully into the pleasures of its pages, because, like all great fables, it also functions as transporting romance.” — THE GUARDIAN

"A rich, gothic entertainment that explores what books have trapped inside them and reminds us of the power of storytelling. Spellbinding.” — TRACY CHEVALIER

In the tradition of Sarah Waters, Helene Wecker, and Jessie Burton, an atmospheric and mystery-laden historical novel set within a magical world where books are not stories but the repository of individual lives.

Young Emmett Farmer is working in the fields when a strange letter arrives summoning him away from his family. He is to begin an apprenticeship as a Bookbinder—a vocation that arouses fear, superstition, and prejudice amongst their small community, but one neither he nor his parents can afford to refuse.

For as long as he can recall, Emmett has been drawn to books, even though they are strictly forbidden. Bookbinding is a sacred calling, Seredith informs her new apprentice, and he is a binder born. Under the old woman’s watchful eye, Emmett learns to hand-craft the elegant leather-bound volumes. Within each one they will capture something unique and extraordinary: a memory. If there’s something you want to forget, a binder can help. If there’s something you need to erase, they can assist. Within the pages of the books they create, secrets are concealed and the past is locked away. In a vault under his mentor’s workshop rows upon rows of books are meticulously stored.

But while Seredith is an artisan, there are others of their kind, avaricious and amoral tradesman who use their talents for dark ends—and just as Emmett begins to settle into his new circumstances, he makes an astonishing discovery: one of the books has his name on it. Soon, everything he thought he understood about his life will be dramatically rewritten.

An unforgettable novel of enchantment, mystery, memory, and forbidden love, The Binding is a beautiful homage to the allure and life-changing power of books—and a reminder to us all that knowledge can be its own kind of magic. 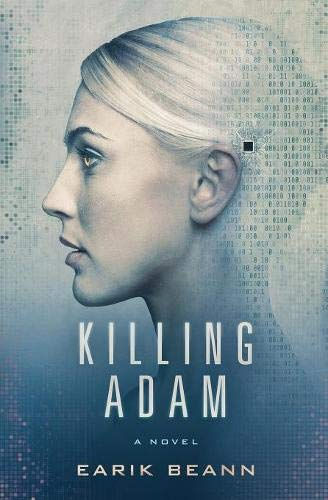 The world runs on ARCs. Altered Reality Chips. Small implants behind the left ear that allow people to experience anything they could ever imagine. The network controls everything, from traffic, to food production, to law enforcement. Some proclaim it a Golden Age of humanity. Others have begun to see the cracks. Few realize that behind it all, living within every brain and able to control all aspects of society, there exists a being with an agenda all his own: the singularity called Adam, who believes he is God.

Jimmy Mahoney’s brain can’t accept an ARC. Not since his football injury from the days when the league was still offline. “ARC-incompatible” is what the doctors told him. Worse than being blind and deaf, he is a man struggling to cling to what’s left of a society that he is no longer a part of. His wife spends twenty-three hours a day online, only coming off when her chip forcibly disconnects her so she can eat. Others are worse. Many have died, unwilling or unable to log off to take care of even their most basic needs.

After being unwittingly recruited by a rogue singularity to play a role in a war that he doesn’t understand, Jimmy learns the truth about Adam and is thrown into a life-and-death struggle against the most powerful mathematical mind the world has ever known. But what can one man do against a being that exists everywhere and holds limitless power? How can one man, unable to even get online, find a way to save his wife, and the entire human race, from destruction? 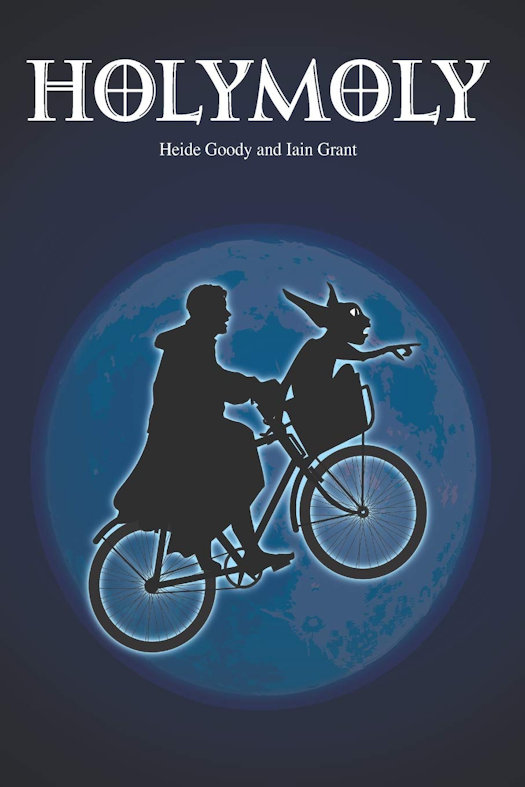 Stephen and his friends spent their teenage years immersed in the fantasy gaming worlds of wizards and warriors, undertaking quests to fight evil occultists, vanquish terrible monsters and rescue damsels in distress.

Now, twenty-something years later, there is a real-life quest. Life as a monk has hardly prepared Brother Stephen for the mission ahead. Demon Rutspud is definitely not a damsel, but he is in distress. The evil occultists are real and if Stephen doesn’t rescue Rutspud from a fate worse than death, no one will…

Sword-wielding Satanists, stir crazy demons, super-smart squirrels, magical garbage and a suitcase that cannot be stopped run riot in a story about the bonds of friendship and dark deeds in suburban cellars.