Every fantasy epic ends with a war. But what happens when the war is over?
PORTLAND, OR 02/11/2019 — Writer Brian Schirmer, artist Claudia Balboni (Star Trek), and colorist Marissa Louise team up for Fairlady—an all-new fantasy series from Image Comics this April.

"I realized that there wasn't a fantasy series that focused on a female private detective, and then I realized how much I needed that to be a thing," said Schirmer. "I took a love of '70s and '80s shows like Magnum, P.I. and The Rockford Files, poured that into a big bowl of Middle Earth, and added dashes of China Miéville, Michael Moorcock and Mignola, and Barbarians Conan and Thundarr. Then we dropped in a tough outsider in the form of our protagonist, Jenner Faulds, the land's only female private investigator. Let the limitless stories begin!"

In Fairlady, after posing as a man to join the army, Jenner Faulds returns home to The Feld for a new start as a “Fairman”—a specially licensed private investigator. But sexism didn’t end on the battlefield, and as the only “Fairlady,” Jenner gets stuck with the cases nobody else wants. Hitting the streets to solve The Feld’s overlooked mysteries, Jenner finds that the smallest cases hide the biggest secrets.

Fairlady blends the procedural case-solving of Magnum, P.I. and Fables, but is set in a vibrant, Rat Queens-like high fantasy world. This debut issue and each following issue will feature a complete 30-page story.

Fairlady #1 will also be available for purchase across many digital platforms, including the official Image Comics iOS app, Amazon Kindle, Apple Books, comiXology, and Google Play. 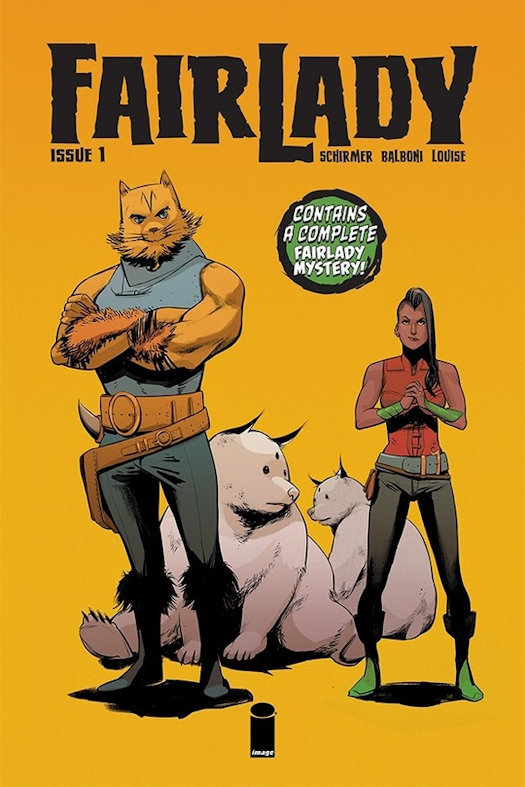 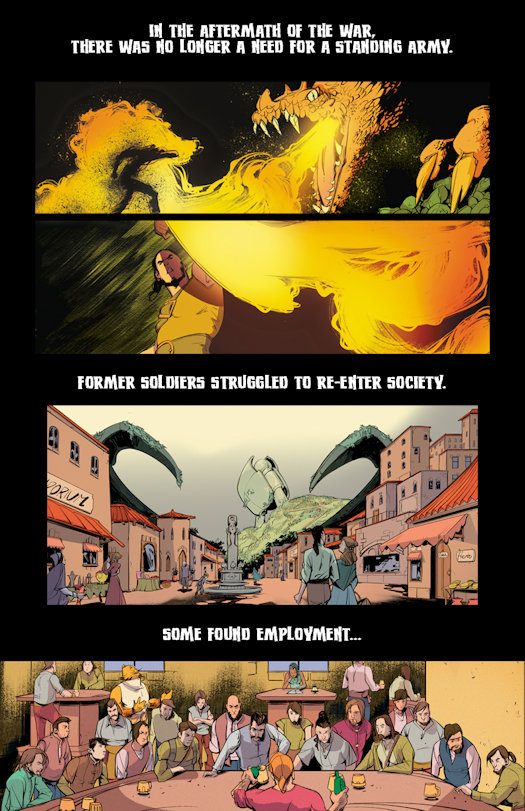 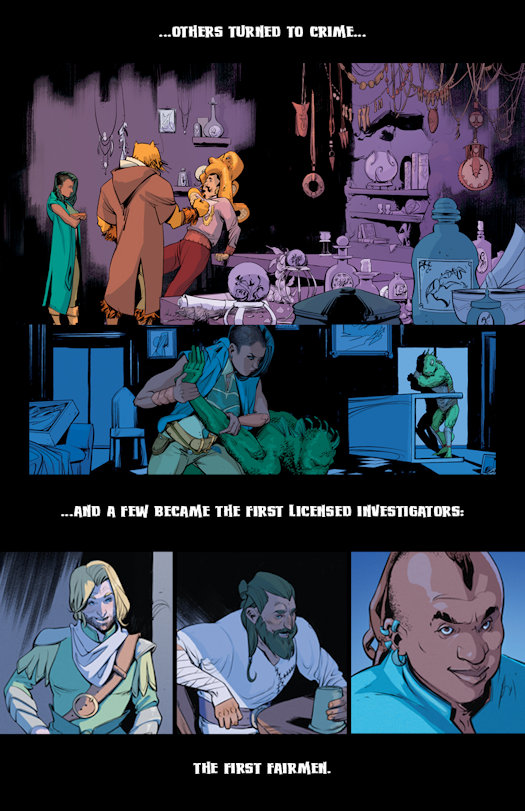 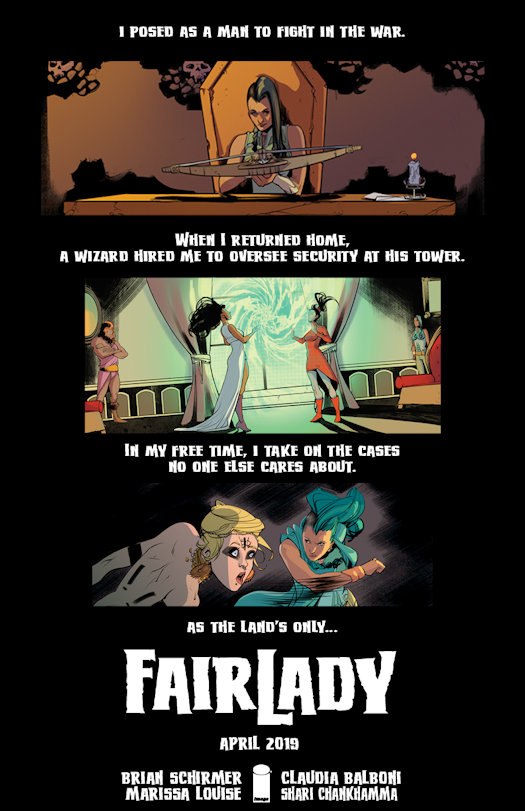 ABOUT IMAGE COMICS
Image Comics is a comic book and graphic novel publisher founded in 1992 by a collective of bestselling artists. Image has since gone on to become one of the largest comics publishers in the United States. Image currently has five partners: Robert Kirkman, Erik Larsen, Todd McFarlane, Marc Silvestri, and Jim Valentino. It consists of five major houses: Todd McFarlane Productions, Top Cow Productions, Shadowline Comics, Skybound Entertainment, and Image Central. Image publishes comics and graphic novels in nearly every genre, sub-genre, and style imaginable. It offers science fiction, fantasy, romance, horror, crime fiction, historical fiction, humor and more by the finest artists and writers working in the medium today. For more information, visit www.imagecomics.com.
Posted by Qwill at 6:25 AM