Interview with Leife Shallcross, author of The Beast's Heart


Please welcome Leife Shellcross to The Qwillery as part of the 2019 Debut Author Challenge Interviews. The Beast's Heart is published on February 12, 2019 by Ace. 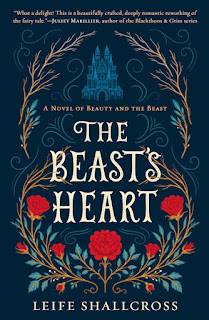 The Qwillery: Welcome to The Qwillery. What is the first piece you remember writing?

Leife Shallcross: Somewhere in a box I have a story I wrote and illustrated when I was about six called The Princess and the Ghost. It involved hidden treasure. I first tried to write a novel when I was about 15 – that one never got finished, but I still have it, all in longhand in old exercise books left over from school.

LS:  Definitely on the pantser end of the spectrum, but I’m finding it more and more useful to challenge myself to learn how to plot better.

LS:  Ugh. Plotting. See previous answer. It’s the kind of thing that makes all my procrastination instincts kick in. But when I actually force myself to sit down and do it, I always end up enjoying it.

LS:  Probably mostly the books I read during my formative years. I love stories where the world is so vibrant and immersive it becomes a character all on its own, and I love lush, descriptive language and understated, dry-as-bones humor. Authors who really inspired my love of story and language in my youth include Jane Austen, Tanith Lee, M M Kaye, Joan Aiken and Diana Wynne Jones. But then, there’s so many incredible authors writing today that continue to inspire me.

TQ:  Tell us something about The Beast's Heart that is not found in the book description.

LS:  In my tale, Beauty has two sisters and they get their own stories.

TQ:  What inspired you to write The Beast's Heart? What attracted you to the fairy tale Beauty and the Beast?

LS:  Firstly, I love that Beauty and the Beast isn’t an insta-love story. They spend quite a lot of time getting to know each other before Beauty realizes she’s fallen in love with him, and I love a slow-burn romance. Secondly, I love the idea of the Beast’s enchanted castle being this magical hidden world at the heart of the forest. When I started writing this story, it was mostly a way of losing myself in a fairy tale and getting to hang out in a magical chateau with ensorcelled gardens. Pure self-indulgence.

TQ:  Do you have any other favorite fairy tales?

LS:  This is like asking me to name my favorite kind of cake! There are so many delicious kinds! I am definitely partial to a Cinderella story. Catskin is one of my favorite variants on the theme, and if you want a stunning version of that, the Sapsorrow episode of Jim Henson’s The Storyteller TV series from the late 1980s is wonderful. Then there is a great Norwegian fairy tale called Tatterhood where the main character is a princess who slouches around in a ragged hood, rides a goat and beats up trolls with a wooden spoon for fun.

TQ:  What sort of research did you do for The Beast's Heart?

LS:  So, so much! I’ve been intimately familiar with the fairy tale since I was a child, so my research was mostly about the setting I chose, being 17th Century France. It was lots of weird, bitsy stuff, like 17th Century cutlery, clothing, food, nutcrackers, wedding customs and French names. For example, forks were not really in common use in 17th Century Europe. They weren’t unheard of, just not common. So you won’t find any forks in The Beast’s Heart. I also had to do a bit of research on fireworks.

TQ:  Please tell us about the cover for The Beast's Heart.

LS:  I can’t tell you how much I love the cover. It makes me think of 17th Century tapestries, and the roses are so very fairy taleish. The artist is Lisa Perrin, and she has done a bunch of other book covers and quite a bit of illustration. Her work is so beautiful. I’m just thrilled and honored to have it on the cover of my story.

TQ:  In The Beast's Heart who was the easiest character to write and why? The hardest and why?

LS:  The hardest character was definitely Isabeau (aka Beauty). Because it’s his story, I spent so much time in my Beast’s head and had to stop at one point and deliberately move out of that space to see the story from her point of view. She’s got an awful lot going on, but the story is so centered on the Beast, I found I hadn’t paid enough attention to her motivations and drivers and she was coming across as a bit of a cipher. The easiest character was probably Claude, the younger of my Beauty’s older sisters. She’s lovely, but she’s not a complicated person.

TQ:  Which question about The Beast's Heart do you wish someone would ask?

LS: Dear God, yes! I have a kind of bingo list of author goals and that’s definitely on there. Having the privilege of someone enjoying my story world so much they write fanfic just so they can spend more time in it would just be too exciting.

TQ:  Give us one or two of your favorite non-spoilery quotes from The Beast's Heart.

Quote 1: Enchantments and dreams: I suspect they are made of the same stuff. They each beguile the mind and confuse the senses with wonder and strangeness so all that was familiar becomes freakish, and the most bizarre of things intimate and natural.

Quote 2: There is always a way to break a curse.

LS:  I’m working on another fairy-tale-themed story - this one is based on Cinderella, but my Cinderella has faked her father’s death in order to get him out of his disastrous second marriage and then she gets caught up in a nefarious plot that threatens the crown. I’m also working on a series set in 18th Century London with runaway heiresses and dissolute viscounts and magic and murder. Lots of fun.

A luxuriously magical retelling of Beauty and the Beast set in seventeenth-century France–and told from the point of view of the Beast himself.

I am neither monster nor man—yet I am both.

I am the Beast.

He is a broken, wild thing, his heart’s nature exposed by his beastly form. Long ago cursed with a wretched existence, the Beast prowls the dusty hallways of his ruined château with only magical, unseen servants to keep him company—until a weary traveler disturbs his isolation.

Bewitched by the man’s dreams of his beautiful daughter, the Beast devises a plan to lure her to the château. There, Isabeau courageously exchanges her father’s life for her own and agrees to remain with the Beast for a year. But even as their time together weaves its own spell, the Beast finds winning Isabeau’s love is only the first impossible step in breaking free from the curse . . . 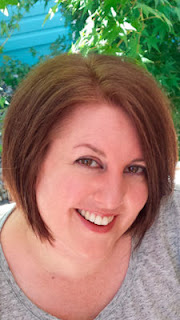 Leife Shallcross lives at the foot of a mountain in Canberra, Australia, with her family and a small, scruffy creature that snores. She is the author of several short stories, including "Pretty Jennie Greenteeth," which won the 2016 Aurealis Award for Best Young Adult Short Story. The Beast's Heart is her first novel.