Please welcome James Lowder to The Qwillery. “The Crooked Smile Killers” will be published in GENIUS LOCI: Tales of the Spirit of Place from Ragnarok Publications.

This is the eleventh in a series of interviews with many of the authors and the artists involved in GENIUS LOCI. I hope you enjoy meeting them here at The Qwillery as much as I am! 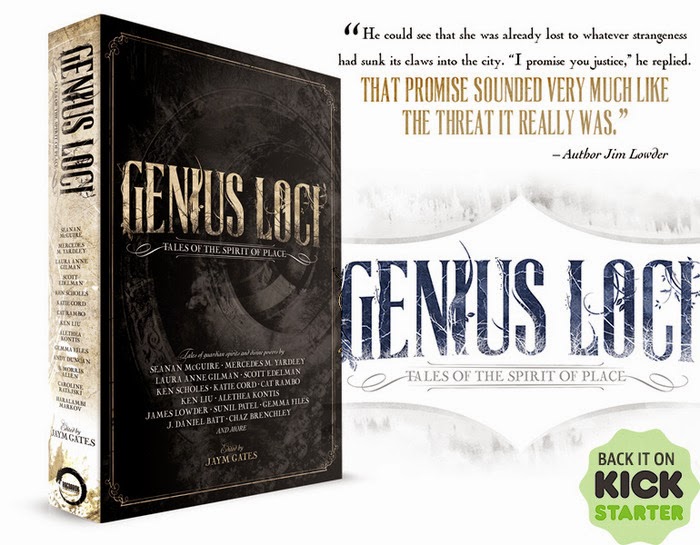 James:  You have to be more concise with short fiction than with a novel. Not that you can just let your novel wander all over the place, but the novel form is more forgiving of digressions and leisurely pacing. Though I try to be more concise, I’ve found that my work tends to run toward the upper end of the short story range, which is usually capped at 7,500 words, and the lower end of the novelette range. “The Crooked Smile Killers” clocks in at about 9,700 words.

I usually rely on plotting in the early stages of a work, when I’m trying to set up its basic shape and theme. I like to know where a story in supposed to end when I start writing. But while I’m writing, I’m open to the organic part of the creative process taking me in unexpected directions. That may be why I tend to write a little long when I tackle short stories—the characters or the setting reveals something surprising as I’m writing and I have to include it in the final draft.

TQ:  You've worked as an editor. How does this affect (or not) your writing?

James:  Are there any common themes in your stories?

My short work tends to deal with the dangers of certainty. Many of my protagonists have very clear, very fixed worldviews—an unwavering belief in science or a set idea of how justice should be meted out. My stories frequently explore what happens when those characters realize that their worldviews are wrong or incomplete, or, worse, what happens when they insist on clinging to the worldview in the face of obvious evidence of its faults and limitations.

TQ:  Describe “The Crooked Smile Killers,” which will be published in Genius Loci, in 140 characters or less.

James:  A “mystery man” hero wears the mantle of protector to Jazz Age Chicago, and he’ll do anything to keep that city safe.

TQ:  Tell us something about “The Crooked Smile Killers” that will not give away the story.

James:  The protagonist for the story is the Corpse, a character I’ve written about in four works—two novelettes and two short stories. All are set in Jazz Age Chicago, but “The Crooked Smile Killers” is the most overt exploration of his self-appointed role as the Windy City’s guardian.

TQ:  What was your inspiration for “The Crooked Smile Killers”? Have you ever encountered a genius loci?

James:  The Corpse stories are influenced by the more horror-leaning noir works of Cornell Woolrich and Dashiell Hammett. They’re most directly inspired by the more unhinged hero pulps of the 1930s, titles such as The Spider and Operator 5. I love the grim spectacle of these works. But the Corpse tales also comment on the hero pulp tropes and view the characters and their actions through a more critical moral lens. In the original mystery man pulps, the heroes are cast as unquestionably good, even though their actions are often brutal beyond belief. They’re the heroes because the writer and reader accept that role for them. I don’t cede that point in these stories and neither should the reader. “The Crooked Smile Killers” also reference Lovecraft’s Dreamlands cycle and the King in Yellow stories by Robert W. Chambers

I’ve never encountered a genius loci, as in a guardian spirit, though I know I experience different places as possessing very different atmospheres—joyful or sad, vital or decaying. It’s all based on personal perception, of course, but those differences in geographical mood or tone can be very striking.

TQ:  Give us one or two of your favorite non-spoilery lines from “The Crooked Smile Killers.”

James:  The blonde leveled the still-smoking revolver at the man sprawled at her feet. “Of course I love you,” she said.

(They’re the opening lines of the story. I had them rattling around in my head for months before I knew they would be the start of “The Crooked Smile Killers.”)

TQ:  In which genre or genres does “The Crooked Smile Killers” fit? In your opinion, are genre classifications still useful?

James:  It’s a neo-pulp story, a mix of noir and supernatural horror. But it doesn’t fit in any category too neatly. Genre classifications are useful for establishing general expectations for a reader, but the works I find the most interesting tend to push at the boundaries and reexamine the tropes of the traditional genre categories.

James:  I should be wrapping up work soon on The Munchkin Book. It’s a collection of game rules for and essays about the popular card game Munchkin. I’m editing the book for Steve Jackson Games and BenBella Books, who will publish it as part of their wonderful Smart Pop line. As a writer, I’m penning short stories for three different anthologies, projects that are not public just yet. I’ve also got a new modern horror short story, “Morning in America,” in a book titled Delta Green: Extraordinary Renditions. That should see publication later this year.

James:  Thanks very much for the invitation and the hospitality! 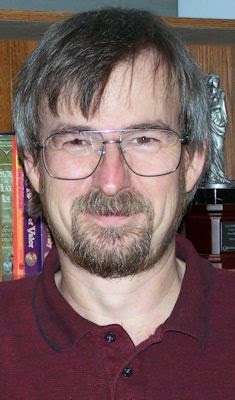 James Lowder has worked extensively on both sides of the editorial blotter. As a writer his publications include the bestselling, widely translated dark fantasy novels Prince of Lies and Knight of the Black Rose, short fiction for such anthologies as Shadows Over Baker Street and Sojourn: An Anthology of Speculative Fiction, and comic book scripts for DC, Image, Moonstone, and Desperado. As an editor he’s directed novel lines or series for both large and small publishing houses, and has helmed more than a dozen critically acclaimed anthologies, including Madness on the Orient Express, Hobby Games: The 100 Best, and the Books of Flesh zombie trilogy. His work has received five Origins Awards and an ENnie Award, and been a finalist for the International Horror Guild Award and the Stoker Award.