The cover for Zer0es by Chuck Wendig was revealed yesterday over at the B&N Sci-Fi & Fantasy Blog, where Chuck has some thoughts about the cover!  In case you missed the cover here it is: 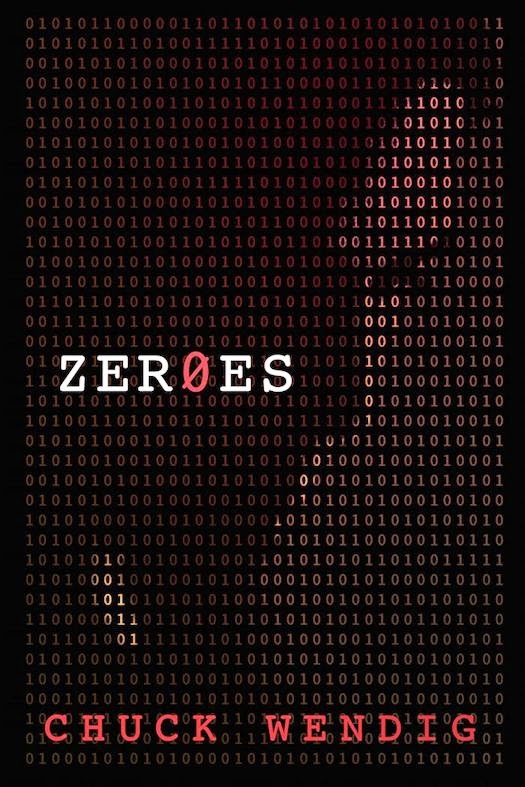 In the vein of David Ignatius’s The Director and the TNT series Leverage, Zer0es follows five hackers—an Anonymous-style rabble rouser, an Arab spring hactivist, a black-hat hacker, an old-school cipherpunk and an online troll—who are scooped up by the U.S. government and told they face prison sentences, they take the deal that’s offered them: working as white-hat hackers in service to their nation.

Chuck Wendig’s new novel is a witty and exhilarating thrill-ride through the underbelly of cyber espionage.

Five hackers are scooped up by the United States government and told they can avoid prison sentences if they opt to do a year’s time working as white-hat hackers in service to their nation. But they quickly discover that behind the scenes lurks a sinister NSA program, an artificial intelligence code-named Typhon, that has origins and an evolution both dangerous and disturbing, and that will soon be out-of-control.

Can the hackers escape the government and confront Typhon and its keepers? What happens when they discover they were chosen by Typhon itself? What is their true purpose? Will their own secrets be exposed and their lives made forfeit?