Please welcome Elspeth Cooper to The Qwillery as part of the 2012 Debut Author Challenge Guest Blogs. Songs of the Earth (The Wild Hunt 1) will be published in the US on February 28, 2012 by Tor Books.

The Zinger
Every author gets one at some point: the review that makes you go "Yeowch!" If you're an established writer, you've developed your own way of dealing with them, which ones to learn from, which ones to disregard. When you're a debut author, your first encounter with The Zinger can make you cry.

I got mine last year. It was a review I'd been looking forward to, and I was full of starry-eyed anticipation, still dizzy with the idea that I was a Proper Author now. I could hardly wait. Then the review came out, a biggish piece, and it was not good.

Man, it hurt. I felt like a mother who's just heard the other kids bullying her little boy. My book, that I'd spent years growing and shaping, and sent off into the world in a clean shirt and new shoes had just been knocked into the dirt and had his lunch money stolen. I was indignant, enraged, disappointed and deeply wounded.

I couldn't bear to read the whole review, even though I knew I should. My husband did, though, and stoutly declared that he didn't think the reviewer had actually read my book at all. I pasted on a smile and agreed with him but inside, I was sobbing my heart out.

I thought I was prepared for The Zinger. I'd done my time on the crit forums, I'd been through the editing process with an editor whom everyone said was super-tough, and I thought I could handle it. Turns out I was wrong. It stung like a box jellyfish.

The first impulse was to hug my darling to my chest and tell him everything would be all right. Then I raged around the house for a while, slamming doors and ripping the head off my poor husband who'd done nothing worse than offer me a cup of tea. In my mind I started plotting all kinds of dark vengeance on the one who hurt my baby, and lay awake in bed with my synapses flaring like fireworks, bile-yellow and murder-red in a black, black night.

Then I woke up the next morning and just felt numb. All the surging rage was gone; it had drained away in the night and left me wrung out, like an old dish-cloth on the edge of the sink, sort of grey and bit sour, and that's not a good look for anyone.

So I had a shower, got dressed and went into my office, and saw on the bookshelf my author's copies of my debut novel. I took one down and held it in my hands. I felt the weight of it; riffled the pages and smelled that new-book smell: two parts paper and ink to one part dreams (sorry, ebook lovers, you can't do that with a Kindle).

And I thought to myself, I wrote that. I sent it off to a literary agent because I believed in it. The literary agent signed me up and sent the book to a publisher because he believed in it. And the publisher designed a cover and printed it and wrote press releases and sent out review copies and marketed it, not out of charity or for the good of their health but because they believed in it too. Now here it is, in my hands, a tangible physical object, because all these people believed.

And I'm getting bent out of shape because one person thinks it's flawed?

No book is ever going to be perfect. Looking back, I can see any number of things that I would do differently if I was writing Songs of the Earth now, but it was the best I could do at the time. It's only because I wrote it that way that I am now in a position to look back and say, "Hmm, I'd have changed that". My next book will be better because of the mis-steps I made with this one, but he’s still my firstborn, and I love him to bits.

Writing a book and seeing it published is an achievement. It takes hours and days and years of effort, of staring at the screen when the words won't come, and of writing for 14 hours straight, past the point at which your backside is numb and your hands are locked up with cramp, because the words - will - not - stop. Whatever anyone says, that's something to be damn proud of.


About Songs of the Earth 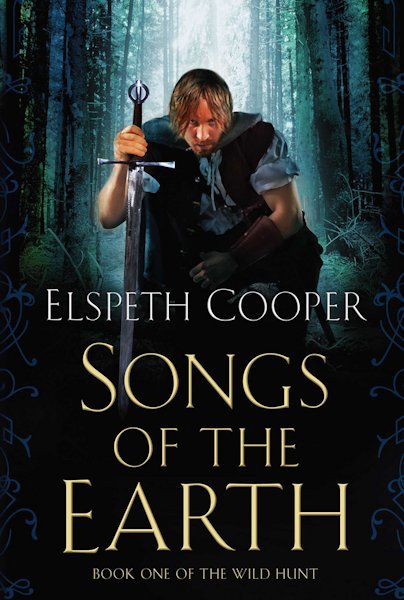 The Book of Eador, Abjurations 12:14, is very clear: Suffer ye not the life of a witch. For a thousand years, the Church Knights have obeyed that commandment, sending to the stake anyone who can hear the songs of the earth. There are no exceptions, not even for one of their own.

Novice Knight Gair can hear music no one else can, beautiful, terrible music: music with power. In the Holy City, that can mean only one thing: death by fire—until an unlikely intervention gives him a chance to flee the city and escape the flames.

With the Church Knights and their witchfinder hot on his heels, Gair hasn’t time to learn how to use the power growing inside him, but if he doesn’t master it, that power will tear him apart. His only hope is the secretive Guardians of the Veil, though centuries of persecution have almost destroyed their Order, and the few Guardians left have troubles of their own.

For the Veil between worlds is weakening, and behind it, the Hidden Kingdom, ever-hungry for dominion over the daylight realm, is stirring. Though he is far from ready, Gair will find himself fighting for his own life, for everyone within the Order of the Veil, and for the woman he has come to love. 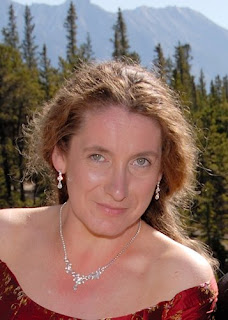 Elspeth Cooper is a British fantasy writer, author of The Wild Hunt trilogy. Her love of fantasy took root at an early age: her parents read her Ivanhoe as a bedtime story, and it was all downhill from there. After increasingly poor health forced her to give up a 21-year career in IT she became a full time writer. She currently lives in Northumberland with her husband and cats in a house full of books.