Guest Blog by Deborah Coates - Everything In Its Place

Please welcome Deborah Coates to The Qwillery as part of the 2012 Debut Author Challlenge Guest Blogs. Deborah's debut novel, Wide Open, will be published on March 13, 2012.


Everything In Its Place
I grew up in the Northeast, in upstate New York specifically, though I've also spent time in New Hampshire and Pennsylvania. The rural Northeast is a place of winding roads, small(-ish) farms, rolling hills, rocks, and trees. The specifics vary: New England has ocean and old mountains; New York State has lakes and glacial drumlins. But still, primarily rolling hills, rocks, and trees.

It's pretty. I'm happy I grew up there.

Then, a number of years ago, I needed a job and the job I got was in Iowa, which, along with most Midwestern states and particularly most Midwestern states west of the Mississippi River, was not actually on the list of places I wanted to live. But a job's a job and so I moved. Ames, Iowa where I was moving to is built on a flood plain and is, consequently, stereotypically flat (much of Iowa is actually gently rolling hills). In addition, the day I moved there the temperature was over a hundred degrees.

But I grew to like Iowa and its extremes of weather (it's both the hottest and the coldest place I've ever lived) and particularly the wide openness and the ability to see for miles. Iowa was my starter state, an entry point to the High Plains, to Nebraska and to South Dakota, which I also love and wish more people had the chance to see. 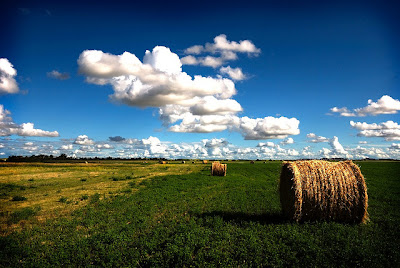 The best urban fantasy makes the city a character, makes it essential to the story and how the story plays out. I love that about urban fantasy and I love that urban fantasy is set solidly in our world, but slightly twisted. I wanted to do that same thing, give that same solid sense of place, for the Plains states I love so much. And I wanted other people to see them as I do, not as places of rural stereotype, but as real places with real complicated people.

I chose western South Dakota as the setting for WIDE OPEN because it's a liminal space. It's not green rolling hills like Iowa, gently and largely cultivated. But it's also not what people commonly think of as the romantic West, as cowboys and justice and frontier spirit (even though many of the things we associate with the historic West actually happened in South Dakota, we mostly think of it as cold, windswept, desolate).

Hallie Michaels, the main character in WIDE OPEN, is also in a liminal space. She's had a near-death experience in Afghanistan which has left her able to see ghosts and she's come back to western South Dakota, to a place she's no longer sure she belongs, for her sister's funeral.

I hope that WIDE OPEN is a good fantasy and a good story, but I also hope that the sense of place comes through, that when you read it you can feel the openness and the scope of the place and the wind. I hope you can feel how small we are in a place like this, how the earth can shake us loose, how we hang on anyway because we want to and because we have to. 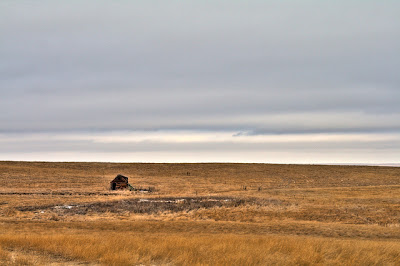 Brett dropped off the interstate onto old State Highway 4, back in Taylor County, finally. Things began to look familiar.

Familiar and different because she had changed and the county had changed. The track up to the Packer ranch, which they’d just passed, had gone to prairie. The Packers had tried to sell up two years before Hallie left, and then they’d just disappeared, left the ranch to the bank, let it all go. Hallie wondered what the buildings were like up there, because things didn’t last on the prairie; even things you thought were permanent could disappear in the dry and the cold and the endless wind.

Brett turned off the state highway onto an uneven county road. Hallie looked at her. “Aren’t we—?” She stopped. “We’re going to the ranch, right?”

Brett bit her bottom lip. “Your daddy says you’re going to pick the casket. And . . . the rest of it.”

Hallie gave a sharp half laugh and pinched the bridge of her nose. Of course he did. When their mother died, she and Dell had picked out the casket with help from Cass Andersen and, if she remembered right, Lorie’s mother. Because her father could wrestle an angry steer and rebuild an old tractor engine and even mend a pair of ripped jeans, but he couldn’t face the civilized part of death, when the bodies were cleaned up and laid out and someone had to decide how to dress them and fix their hair and what was going to happen for the rest of eternity. 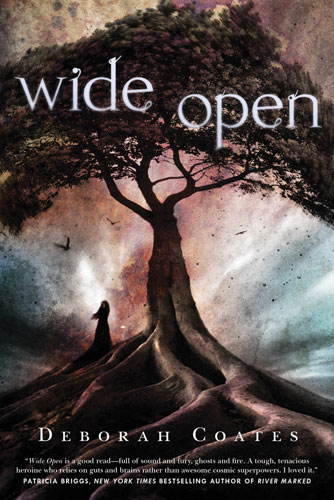 When Sergeant Hallie Michaels comes back to South Dakota from Afghanistan on ten days' compassionate leave, her sister Dell's ghost is waiting at the airport to greet her.

The sheriff says that Dell's death was suicide, but Hallie doesn't believe it. Something happened or Dell's ghost wouldn't still be hanging around. Friends and family, mourning Dell's loss, think Hallie's letting her grief interfere with her judgment.

The one person who seems willing to listen is the deputy sheriff, Boyd Davies, who shows up everywhere and helps when he doesn't have to.

As Hallie asks more questions, she attracts new ghosts, women who disappeared without a trace. Soon, someone's trying to beat her up, burn down her father's ranch, and stop her investigation.

Hallie's going to need Boyd, her friends, and all the ghosts she can find to defeat an enemy who has an unimaginable ancient power at his command.

Deborah Coates lives in central Iowa and works at Iowa State University. Her short fiction has appeared in Asimov's and Strange Horizons, as well as Year's Best Fantasy 6, Best Paranormal Romance, and Best American Fantasy 2. She's been a farmhand, a factory worker, a statistician, a researcher, and an IT professional. You can find her at http://www.deborah-coates.com and on Twitter as debcoates.
Posted by Qwill at 8:14 AM