Please welcome Daniel Polansky to The Qwillery as part of the 2011 Debut Author Challenge interviews.

Daniel:  I can write anywhere. I’ve written on Punjabi trains and in communes in Estonia. Of course, none of the writing is any good, but it does get done.

Daniel:  A brief smattering of people I think are great: Thomas Wolfe, VS Naipul, Rebecca West. In terms of folk I’ve cribbed from, dues go out to Raymond Chandler and Dashiell Hammett.

TQ:  Are you a plotter or a pantser? (Plotters make outlines, etc. Pantsers fly by the seat of their pants.)

Daniel:  With LOW TOWN it was the latter, but with subsequent work I’ve made it more of a priority to have some idea how a book will end before starting it.

Daniel:  Low Town primarily concerns the misadventures of The Warden, a small time drug lord whose iniquities are interrupted upon discovering the body of a murdered child. In a bout of ill-considered self-righteousness, he decides to hunt down the killer. Trouble ensues. I’m not great at counting characters...

TQ:  What inspired you to write Low Town / The Straight Razor Cure?

TQ:  What sort of research did you do for Low Town / The Straight Razor Cure?

Daniel:  I didn’t really do any research specific to Low Town -- it was more about crafting something from the morass of random things I’d already learned.

Daniel:  My favorite scene is at the end when the entire narrative is revealed to be an elaborate dream. In retrospect I guess that was sort of a spoiler.

Daniel:  It’s going to be a trilogy.

Daniel:  For me? I’m going to buy another cup of coffee and get back to working on Low Town’s sequel. For anyone reading this, sprint out to your nearest book store and get a copy of my book. If you’re reading this late at night, break in, take a copy, and leave exact change on the register.
Visit my website, DanielPolansky.com, and leave a comment using the Facebook plugin on the lower left of the page so I know who you are. The first 7 chapters are on the website, along with two book trailers, a contest...all kinds of fun stuff. I’m on Facebook (facebook.com/DanielPolanskyAuthor), Twitter (@DanielPolansky), Google+ (+DanielPolansky), and GoodReads (goodreads.com/DanielPolansky), so there are lots of ways to connect.

Daniel:  Thanks for having me!


Daniel has written a short piece as well to share with all of you today:


Slums of the Shire
Occasionally you'll be with a group of people and they'll get to talking about their favorite historical epochs, nostalgic for lives they never led. One person will talk up their childhood love of the Wild West, another reveal a penchant for Victorian England. This last one just has a thing for corsets, but it's better not to call them on it.

When my turn rolls round I take a sip of whatever we're drinking and look at my shoes. “The mid 90's were pretty good,” I say lamely. “Slower internet and everything, but at least we had penicillin.”

Perhaps it's my being a history buff, but the past sucked. For about a millennium and a half after the fall of the Roman Empire, Europe just seems like a real shit place to reside. Lots of rooting in filth until you die at thirty a half mile from where you born. Nominally the nobles had it better, but still, your fever would have been treated with the application of leaches and your pretty young bride had like a one in two chance of surviving child birth.

This probably is why I don't understand fantasy—that is to say that collection of high medieval tropes collected by Tolkien and gleefully reproduced by two generations of descendants.

Take elves for instance—though perfectly capable of imagining a world where higher intelligence evolved in a species separate from humanity, my powers of make believe fail when positing that the relation between said species would be anything beyond unceasing warfare. Even a cursory glance at human history reveals our collective willingness to commit genocide on fellow homo sapiens—how much quicker would we have been to eradicate a separate species competing for identical resources? If elves existed, our ancestors would have hunted them down to extinction and erected a monument to the accomplishment.

Even when nestled comfortably in a quest to kill a dragon or overthrow a dark lord or what have you, strange thoughts plague me. What does the shady side of Gondor look like? How many platinum coins would a dime bag set me back? What is the point of hobbits? They're just short, fat people. People are plenty fat as it is.

Low Town is sort of my attempt to answer some of those questions (not the last one). It's the story of the Warden, a former intelligence agent and current drug dealer, whose gradual slide into self-destruction is briefly checked by the discovery of a dead body in the neighborhood he runs. An ill-timed bout of conscience rattles the easy cage of venality he's built for himself, and leads him on a collision course with the life he'd left behind. The Warden is a guy trying to survive the next few days, and not particularly squeamish as to what that requires—the sort of person more likely to populate a classic crime novel than to be found stocking the fantasy section of your local Borders (RIP).

More broadly, Low Town is an attempt to meld the best aspects of noir with a low fantasy setting—a meeting of tastes which I think complement each other nicely. The spare language and fast pace of good noir offers a pleasant counterpoint to the sprawling—one might even say bloated—length of much modern fantasy. On a somewhat broader level, the tendency of fantasy to focus on world shaking events often renders it irrelevant to the average reader, whose life relatively rarely devolves into single combat against vaguely satanic analogs. By contrast, noir is concerned with the individual, with greed and lust, sins all of us can comprehend to some degree. Low Town centers on the conceit that a world with magic wouldn't be altogether different from a world without it. People are still (on the whole) selfish, stupid creatures, focused almost exclusively on the immediate satisfaction of their basic desires, only now some of them can shoot fire out of their hands.

That's the idea at least. It comes out today (August 16th) in the US and Canada, and on Thursday (August 18th) in the UK and Commonwealth. I hope you check it out and see if I've succeeded, or if I'm just a pretentious clown. Or both. 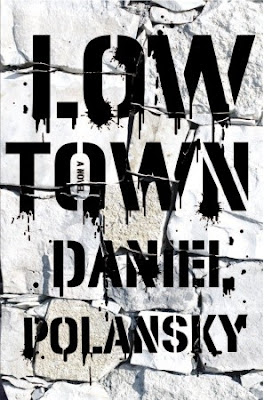 Drug dealers, hustlers, brothels, dirty politics, corrupt cops . . . and sorcery. Welcome to Low Town.
In the forgotten back alleys and flophouses that lie in the shadows of Rigus, the finest city of the Thirteen Lands, you will find Low Town. It is an ugly place, and its cham­pion is an ugly man. Disgraced intelligence agent. Forgotten war hero. Independent drug dealer. After a fall from grace five years ago, a man known as the Warden leads a life of crime, addicted to cheap violence and expensive drugs. Every day is a constant hustle to find new customers and protect his turf from low-life competition like Tancred the Harelip and Ling Chi, the enigmatic crime lord of the heathens.

The Warden’s life of drugged iniquity is shaken by his dis­covery of a murdered child down a dead-end street . . . set­ting him on a collision course with the life he left behind. As a former agent with Black House—the secret police—he knows better than anyone that murder in Low Town is an everyday thing, the kind of crime that doesn’t get investi­gated. To protect his home, he will take part in a dangerous game of deception between underworld bosses and the psy­chotic head of Black House, but the truth is far darker than he imagines. In Low Town, no one can be trusted.

Daniel Polansky has crafted a thrilling novel steeped in noir sensibilities and relentless action, and set in an original world of stunning imagination, leading to a gut-wrenching, unforeseeable conclusion. Low Town is an attention-grabbing debut that will leave readers riveted . . . and hun­gry for more. 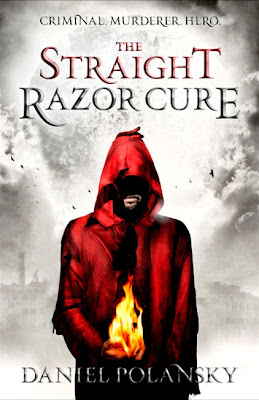 Welcome to Low Town. Here, the criminal is king. The streets are filled with the screeching of fish hags, the cries of swindled merchants, the inviting murmurs of working girls. Here, people can disappear, and the lacklustre efforts of the guard ensure they are never found.
Warden is an ex-soldier who has seen the worst men have to offer; now a narcotics dealer with a rich, bloody past and a way of inviting danger. You`d struggle to find someone with a soul as dark and troubled as his.

But then a missing child, murdered and horribly mutilated, is discovered in an alley.

With a mind as sharp as a blade and an old but powerful friend in the city, he`s the only man with a hope of finding the killer.

If the killer doesn`t find him first.

Daniel Polansky was born near Baltimore, Maryland.  LOW TOWN is his first novel.