I couldn't be more pleased to announce that Adam Christopher is taking part in the Challenge. His debut novel, Empire State, has a wonderful cover that I absolutely love. I want a poster of it so I can hang it in my office. I really like it!

This is the US cover and is by William Staehle. There will be a different cover for the UK, yet to be revealed. 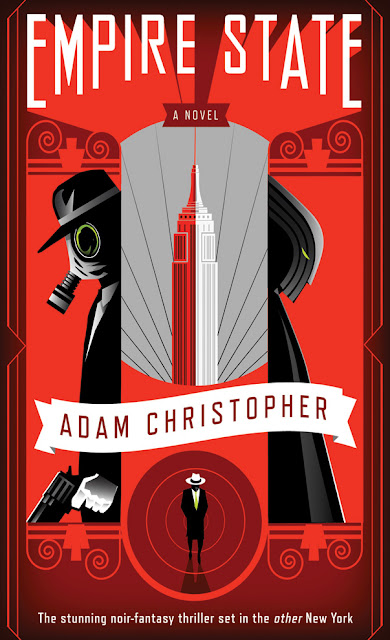 It was the last great science hero fight, but the energy blast ripped a hole in reality, and birthed the Empire State - a young, twisted parallel prohibition-era New York.

When the rift starts to close, both worlds are threatened, and both must fight for the right to exist.

Empire State is available for preorder at Amazon and Barnes & Noble and probably lots of other places! It will be available in early 2012 from Angry Robot Books.
Posted by Qwill at 12:08 PM