Maria:  I write in spurts--like a sprinter, not a long-distance runner. Instead of writing every day, I tend to bunch up and write many thousands of words over a few days. Somehow, this works for me.

Maria:  Totally a plantser! A hybrid in that many of the important story beats are known but getting there is not.

TQ:  What inspired you to write the Blood Lines series?

Maria:  At first, the series was going to be a light, cozy mystery with some paranormal elements. I had this interesting scene in my head of a woman accidentally locked into a morgue and one of the bodies sits up. Somehow, as the writing went on, I realized that this was less chick lit and more urban fantasy. Once I got the first book written, I knew I wanted to know more about these characters.

TQ:  Why did you set the series in Texas?

Maria:  I grew up in the Hill Country and loved it. That area is full of contradictions and contrasts: old school cowboys/ranchers mixed with urban professionals who escape for the weekend. I also wanted to portray the Texas I knew--not the one pictured on TV or in movies.

TQ:  What sort of research did you do to create the world in the Blood Lines series?

Maria:  Tons and tons! Everything from reading Funeral Home magazine issues online to taking working vacations to Vancouver, BC. I do a lot online, but to get the real feel of a place requires having been there in person. Photos are also key. My parents still live in San Antonio, so I’ll sometimes ask them to take a drive up US 281 and take pictures for me.

Maria:  The end of the beginning. Blood Sacrifice wraps up the story of Keira Kelly’s transformation from nobody to becoming Kelly heir. In the end, it’s always about family.

TQ:  Without giving anything away, what is/are your favorite scene(s) in Blood Sacrifice?

Maria:  I love a particular scene where Keira has to save Tucker (her brother). I think I captured her sense of helplessness combined with a sense of “need to succeed”. Tucker’s always been the strong one, and in this particular scene, he’s so not.

TQ:  In Blood Sacrifice, who was the most difficult character to write and why? The easiest and why?

Maria:  Keira’s mother, Branwen was so very, very tough. I needed to really get inside her head so that I could write her from Keira’s POV. The easiest: always Tucker. He’s my “surprise” character all the way back from the first book. Originally meant as an occasional role, Tucker sneaked in under my radar and he’s been essential to the group from the beginning. I feel I know him so very well.

TQ:  Who should play Keira Kelly and Adam Walker if the books become movies?

Maria:  This is always such a tough question. Katie McGrath (from the TV series Merlin) is very much how I’ve pictured Keira as is Joanne Kelly (Warehouse 13). Adam is a LOT tougher to cast. Best I can do is an older Matt Bomer (White Collar) crossed with Adam Ant when he was in his 30s.

TQ:  How many books are planned for the Blood Lines series?

Maria:  Blood Sacrifice is the last book contracted for the series. There’s a possibility of other related books, but nothing concrete.

Maria:  I’m currently recording the audiobooks for the series. Yup, that means I’m doing the reading! The audiobooks will be released via Wildside Press & Audible.com. No timeframe yet, as I’m just getting started. I’m also working on a new collaboration project with a good friend. It’s so not ready for prime time, but I think it will be rather cool once we can unveil it. I’ve also got some other new book ideas percolating. I might surprise even myself. :) 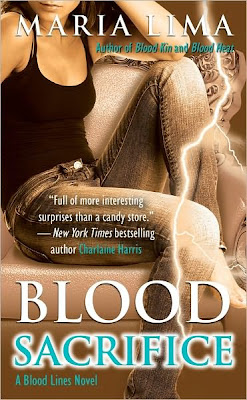 Talk about wedding crashers from hell. Keira Kelly and her sexy vampire king, Adam, are about to tie the proverbial knot—sort of—when an uninvited blood relative shows up to cast a long, dark shadow over the happy occasion. Adam's brother Gideon comes bearing the one-size-fits-all gift of bad news: an ancient, convoluted Challenge thrown down upon the entire Kelly clan. It seems the dreaded forces of the Dark Fae have declared war on Keira's family, and at stake is the land that is rightfully theirs. But while the Kellys gather their troops in a historic San Antonio hotel to strategize, there's mayhem back in Rio Seco. The old cemetery is vandalized, fires break out, and—worst of all—the Kelly clan matriarch and leader, Keira's great-great-grandmother Minerva, goes missing. Should Keira risk breaking the Challenge rules by returning to her beloved home, or should she continue the waiting game that seems the only other option? With everything she loves and maybe even her life on the line, she has only one chance to get the answer right. 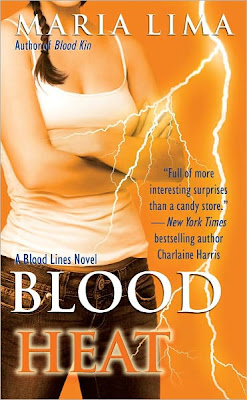 The summer heat wave that's hit Rio Seco, Texas, has even the vampires complaining, but now that Keira—the Kelly Heir—is home from Vancouver, the weather isn't the only thing too hot to handle. Keira should be setting up her court and planning the big reception at which she and her consort, vampire ruler Adam Walker, will receive the magical leaders from the local area, but pomp and circumstance just aren't Keira's thing, especially not with trouble smoldering in her domain. A werewolf couple has mysteriously gone missing from a local pack, and when Keira is asked by their leader to investigate, she finds that some dissatisfied neighbors may have been taking, well, strong action against the wer community—action that could be repeated and could involve Keira and those she loves. With the reception looming and danger fast blazing out of control, the pressure is on Keira to keep Texas safe for supernaturals. Sometimes, it's just not that great to be Heir. 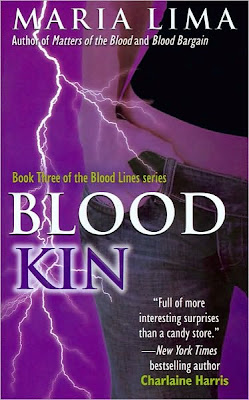 The perils of power...

Keira Kelly has come into her full powers, and they are frighteningly strong, creating a distance between her and her human friends in her beloved Rio Seco. It is time to obey her great-great-grandmother Gigi's orders and rejoin her family in northwest Canada, where Keira can learn to handle her dangerous new skills. She'll have friends with her every step of the way -- her shapeshifter brother Tucker, his beloved Niko, and, to Keira's dismay, her cousin on her mother's side, Daffyd ap Geraint, the Sidhe prince who suddenly appeared in her life and now refuses to leave -- but her vampire lover Adam has insisted on staying in Texas. And while there are certainly perks to being Family, such as a private Learjet for the flight to Canada and a fabulous penthouse condo overlooking Vancouver, there are threats looming that nobody, not even Gigi, anticipated. Keira's Sidhe inheritance from her mother is far more important than anyone ever realized, and the fate of the Family may depend upon what she does next.... 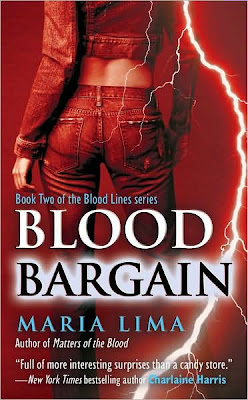 Something is not right at Wild Moon Ranch...

Keira Kelly has settled in with handsome Adam Walker, but happy-ever-after is not so easy when your vampire lover seems determined to deny his true nature. With Adam starving himself of blood and growing weak, Keira needs to work out how to persuade him to take care of himself, something she's fi nding diffi cult to do -- even with the advice of her brother Tucker, a millennium-old ex-Viking shapeshifter. And people have started disappearing in the Rio Seco area, making Keira worry about what this could mean, both for her friends in Rio Seco and to the community she and Adam have been creating at the ranch. But her investigation only seems to bring more trouble, especially when a clue leads her to an abandoned cemetery that Keira knew well when she was younger...one that has always been extremely important to her magical family. Evil is defi nitely walking once again in the Texas Hill Country. Can Keira discover where the danger lies...before danger discovers her? 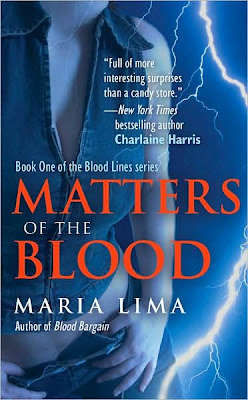 If you thought your family was strange...

Try being Keira Kelly. A member of a powerful paranormal family, Keira elected to stay among humans in the Texas Hill Country when the rest of the clan moved (lock, stock, and grimoire) to Canada. But family duty means still having to keep an eye on cousin Marty -- a genetic aberration who turned out 100% human, poor guy. And recently Keira's been having violent dreams -- or are they visions? -- featuring Marty as the victim of a vicious murder. Something sinister seems to be brewing in little Rio Seco. Can Keira get to the bottom of it all while avoiding entanglement with her former lover, Sheriff Carlton Larson? And what does she plan to do about the irresistible and enigmatic Adam Walker? When this old friend shows up as the new owner of a local ranc and wants to get better acquainted, Keira is more than happy to be welcoming...until she suspects that Adam could be intimately connected to the dangerous doings in Rio Seco. 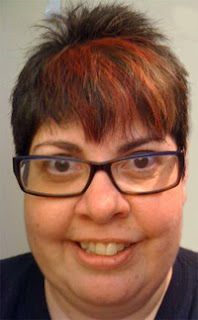 Maria loves to read, write and watch genre TV and feels very lucky that people actually pay her to do at least one of these things. Maria's Blood Lines series, set in the Texas Hill Country, is published by Pocket Books. You'll also find her in various genre-based essay anthologies from Smart Pop Books and other collected works. She loves to mix mystery, fantasy and magic in everything she writes.

What:  One commenter will win a his or her choice of one Blood Lines series book from Maria Lima.


Who is your favorite Alpha vampire?
Please remember - if you don't answer the question your entry will not be counted.

Who and When: The contest is open to all humans on the planet earth with a mailing address. Contest ends at 11:59pm US Eastern Time on Tuesday, September 6, 2011. Void where prohibited by law.


*Giveaway rules are subject to change.*
Posted by Qwill at 8:53 AM