I picked up my new comics late today so have not had time to read them. I'll share my favorite covers though, which are both by Brett Booth.

Both of these are from Dynamite Entertainment. 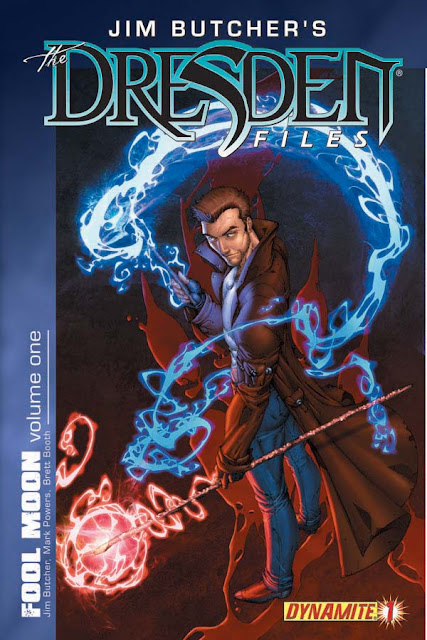 Harry Dresden`s life is a mess. His top client (and close friend), Lt. Karrin Murphy no longer trusts him. Chicago`s underworld and the cops alike think he`s mobster Johnny Marcone`s supernatural enforcer. And the enigmatic White Council continues to view him with suspicion. If all that weren`t enough, a pack of werewolves have unleashed a wave of terror on the Windy City. But as is always the case when it comes to the creatures of the Nevernever, there`s far more going on than meets the eye. Before it`s all over, Harry will find himself caught between friends, enemies, and arcane forces bent on his destruction. Is it any wonder he can`t find a date?
Expanding on Book Two of Jim Butcher's NY Times bestselling saga, and featuring writer Mark Powers and artist Brett Booth, Fool Moon starts with a bang and doesn't let up! Dynamite Entertaiment 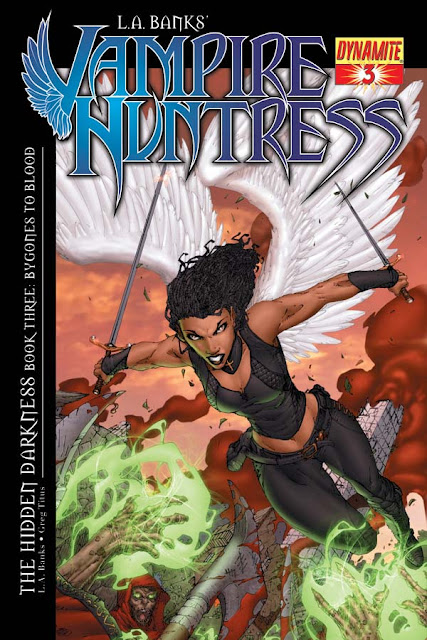 Book 3 - Bygones to Blood: From the looks of all things gruesome, it appears that the Neterus' and the Neteru Guardians' old nemeses are back. They can't be sure, as the murders of fellow Guardians have been weird and self-inflicted--but then again, Carlos and Damali have found something at the site of one of the more tragic death scenes that leads them to a new demonic lair. However, the question is, will this new discovery injure the newly pregnant Damali and the twins she is carrying?
Written by New York Times and USA Today Bestselling Author LA Banks, The Vampire Huntress Legends: The Hidden Darkness is an original story that takes place after the epilogue in the 12th and final book in the Vampire Huntress series of novels and should not be missed by her fans or anyone who enjoys great paranormal fantasy! Dynamite Entertainment