These Deluxe editions of the series will also feature a variety of additional variants—including covers by David Finch, Tony Moore, and connecting covers by Charlie Adlard—commemorating major character introductions and the series’ most memorable twists and turns.

Each issue will include a new installment of “The Cutting Room Floor,”  featuring Kirkman's original handwritten plots along with commentary on abandoned storylines and plot points that may have changed along the way.

The Walking Dead Deluxe issues will NOT be collected into trade paperback any time soon, so fans and new readers should not trade-wait to experience this fully colored edition of the popular survival horror series.

The Walking Dead Deluxe #1 will be available at comic book shops on Wednesday, October 7: 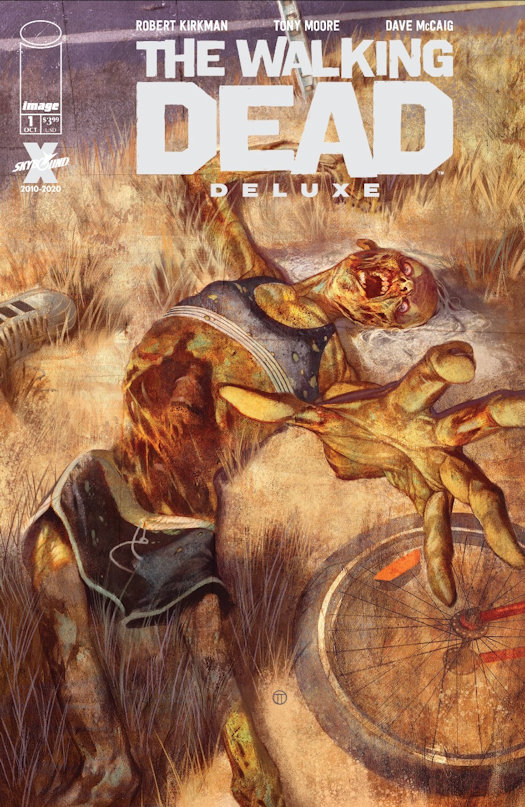 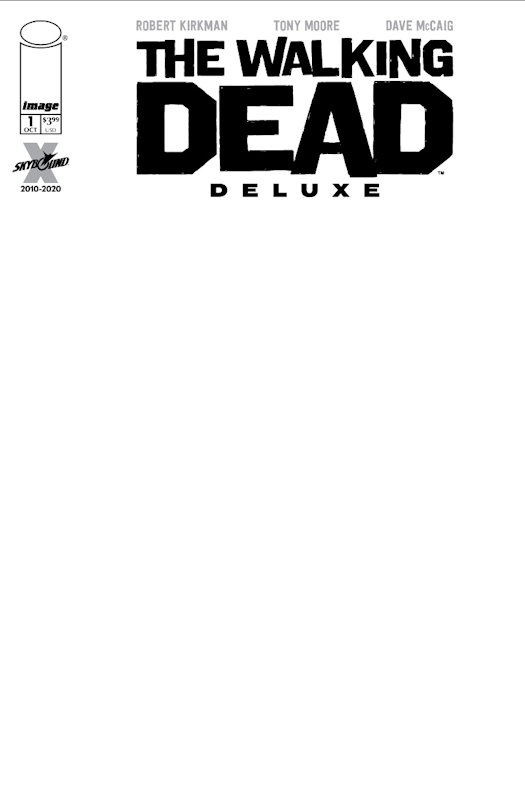 
ABOUT SKYBOUND ENTERTAINMENT
Founded in 2010, Skybound Entertainment is a multiplatform entertainment company specializing in television, comics, film, digital content, interactive, gaming, and merchandise. The company is led by The Walking Dead creator Robert Kirkman and his longtime producing and business partner David Alpert.
Posted by Qwill at 6:30 AM