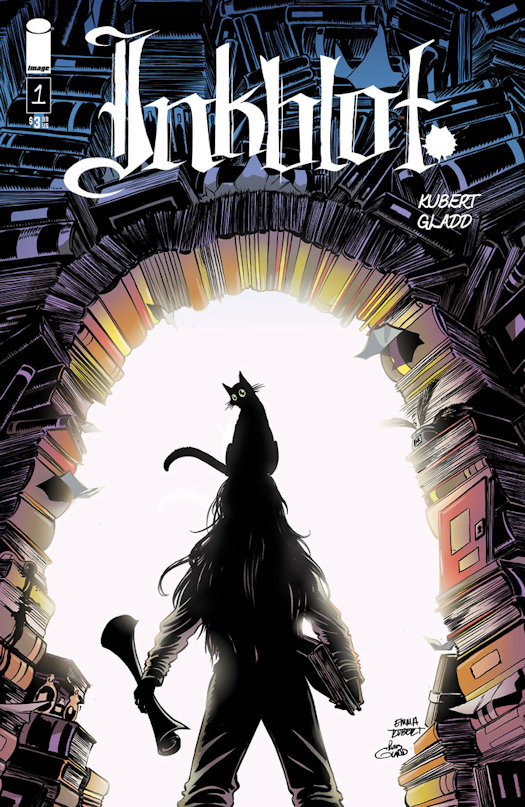 Inkblot follows a powerful sorceress attempting to correct her greatest mistake—the creation of a magical cat that can travel through time, space, and reality. The cat threatens to unravel the fabric of the universe, doesn’t care, and just won’t listen!

"I’ve been working on Inkblot since I was a student at the Kubert school (about four years in the making). Growing up, I always thought comics were all about masculine super men, which wasn’t quite relatable, so I turned to the world of fantasy, like Harry Potter, Sabrina the Teenage Witch, and Buffy the Vampire Slayer,” said Kubert. “I loved the fantasy genre so much that I knew one day, I’d have to forge a world of my own. The creation of Inkblot was an extremely collaborative effort between Rusty and I. We both work in the same studio, talking about plots, checking each other’s work, and making sure everything fits seamlessly together. We each use our strengths to create our magically fun comic and epic fantasy world!"

Gladd added: “Expect the fabric of the universe to be held in judgement by a cat—a cat which can conjure any reality and travel through time, but is nevertheless a cat. Emma and I work as a team to put each stitch into the tapestry of Inkblot. Readers can expect the cat to behave erratically, to accomplish the absurd, and to be just as vindictive as it is cute and cuddly. It will lead others on adventures, save those in peril, and play with its food.”

Inkblot #1 will be available at comic book shops on Wednesday, September 2.

Inkblot #1 will also be available for purchase across many digital platforms, including Amazon Kindle, Apple Books, comiXology, and Google Play. 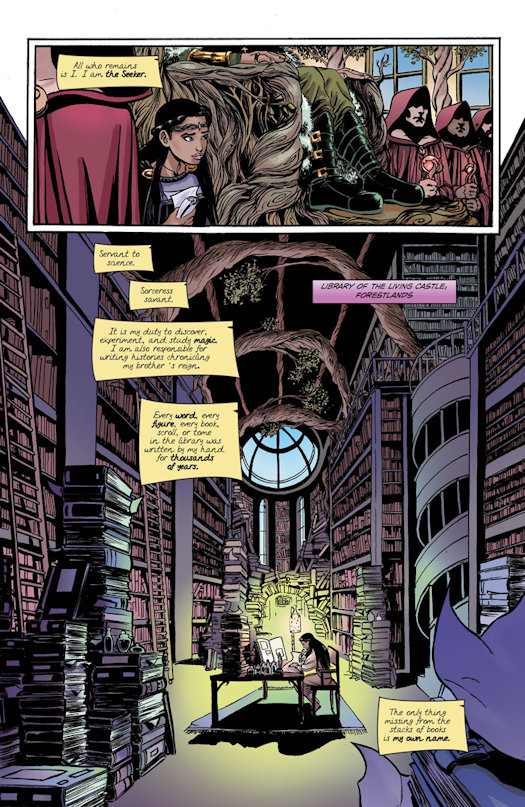 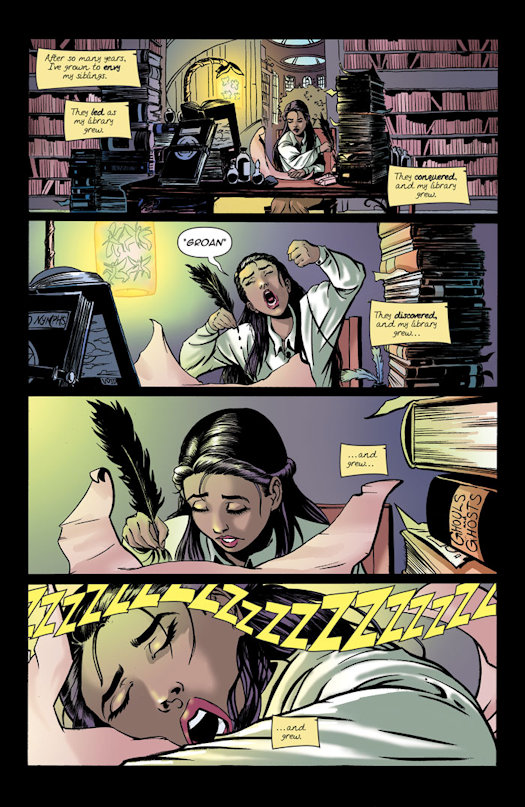 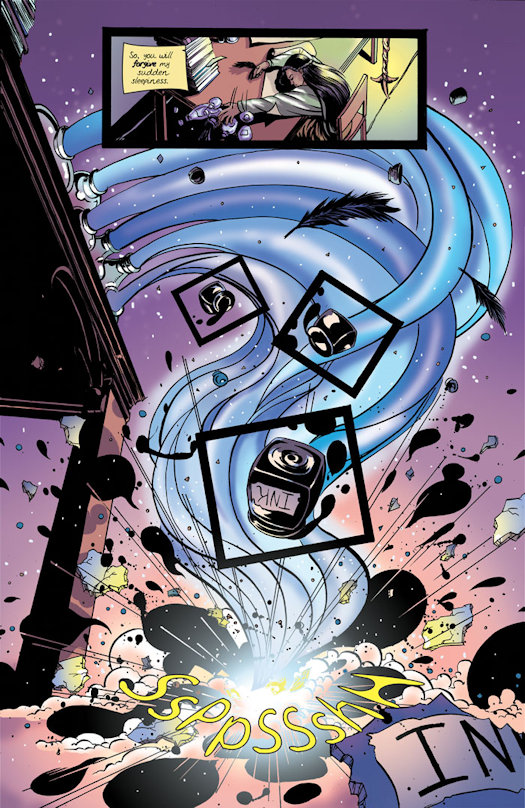 ABOUT IMAGE COMICS
Image Comics is a comic book and graphic novel publisher founded in 1992 by a collective of bestselling artists. Image has since gone on to become one of the largest comics publishers in the United States. Image currently has six individuals on the Board of Directors: Robert Kirkman, Erik Larsen, Todd McFarlane, Marc Silvestri, Jim Valentino, and Eric Stephenson. It consists of five major houses: Todd McFarlane Productions, Top Cow Productions, Shadowline Comics, Skybound Entertainment, and Image Central. Image publishes comics and graphic novels in nearly every genre, sub-genre, and style imaginable. It offers science fiction, fantasy, romance, horror, crime fiction, historical fiction, humor and more by the finest artists and writers working in the medium today. For more information, visit www.imagecomics.com.
Posted by Qwill at 1:08 PM