Only Lies Remain by Val Collins - An Excerpt


The Qwillery is thrilled to present an excerpt from the recently published Only Lies Remain by Val Collins.

Only Lies Remain and the previous novel, Girl Targeted, are psychological thrillers featuring Aoife Walsh. For those of you reading along the heroine's first name Aoife is pronounced "EE-fa". 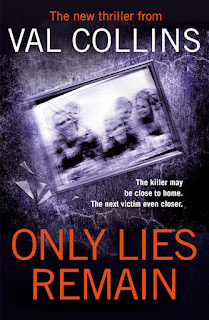 Excerpt from Only Lies Remain


The news ended, but the murderer didn’t notice. The room grew dark and the mug of tea cooled. At last the murderer rose and began pacing the room, muttering, ‘Could I have misheard? No, of course I didn’t. After all this time! What am I going to do? They can trace DNA in ways that weren’t even imagined fifteen years ago. What if they find a hair, or saliva or whatever else it is that they examine? Will the police arrest me? A good solicitor could convince a jury that DNA evidence is unreliable, couldn’t he? I can’t spend the rest of my life in prison—and, hell, I shouldn’t have to. It’s not like I wanted to kill him. These things happen. But nobody would ever understand how it was. They’d never believe it wasn’t my fault. People need someone to blame. But the truth is some tragedies are nobody’s fault. He didn’t want to die, I didn’t want to kill him, but it happened anyway. It was fate. His and mine. You can’t fight fate. You just have to accept it.’


It was the same each time. The minute the house came into sight, it started. ‘Breathe in…hold…breathe out,’ Aoife muttered to herself. She really needed to get a grip. It wasn’t like she was expecting a confrontation. Maura wouldn’t say anything. Aoife knew that. But the very fact that there was bad feeling between them sent Aoife into a minor panic every time they met.
By the time she reached the front door, Aoife’s heartbeat had almost returned to normal. She rang the doorbell and waited. Amy’s light feet raced across the wooden floor, and a moment later her little nose pressed against the narrow glass panel that ran the height of the door.
‘Mama!’
‘Hi, sweetie.’ Aoife waved at her.
‘Mama! Mama!’ Amy turned and bolted down the corridor, shouting, ‘Nana!’ A few seconds later she returned alone, wailing, ‘Mama!’, her tiny fists banging on the glass panel.
Aoife searched her bag for the key she hadn’t used in almost six months.
‘Mama!’ Amy leaped into her arms.
Aoife swung her around and Amy screeched with laughter.
‘Where’s Nana!’
‘Nana sick.’
‘Sick! Maura?’ She put Amy on the ground and headed for the kitchen. Amy raced ahead of her.
Maura met them at the doorway. ‘Sorry, Aoife. I was just coming.’
Her face was pale and had the wretched look that only came from bitter tears. Toys, which Maura normally stored in the playpen, were strewn all over the kitchen floor. Amy was rooting through them, flinging them in all directions.
‘What are your toys doing on the floor?’ Aoife asked.
‘Man. Big man.’
‘What man?’
‘Moaney,’ Amy said.
‘Moaney? What’s going on, Maura? Are you okay?’
‘Detective Moloney called earlier. He gave Amy some toys to play with while we talked. He had some upsetting news.’
‘Detective Moloney!’ Aoife gripped the countertop. ‘Was he looking for me?’
‘You’ve spoken to him? Of course, you met him when you worked in DCA. He was the detective who handled the murder investigation, wasn’t he? I’d forgotten you knew each other. Why didn’t you say anything, Aoife? Things may be difficult between us, but I didn’t deserve to hear news like that from a stranger.’
Amy pushed between them and thrust a book at Aoife. ‘Story.’
‘Not now, sweetie.’
‘Story. Now!’
Aoife picked up Amy and put her in the playpen. ‘Read a story to your dolls. I have to talk to Nana.’
Amy’s face puckered. Aoife had never put her in the playpen before.
Aoife opened the book and placed it on the floor of the playpen. ‘Wouldn’t your dollies love to hear about the beautiful princess?’
Without waiting for an answer, she took the teabags from the cupboard and filled the kettle. A glance showed Amy lining up the dolls in readiness for her words of wisdom.
‘What did Detective Moloney tell you?’ she asked, putting two mugs on the glass table.
‘Only the basics. They found him somewhere in the city centre.’ Maura reached for the mug, then shoved it to one side. ‘You probably know more than I do.’
‘I haven’t spoken to Detective Moloney in over six months. Who did they find?’
‘Oh God! Well, I suppose you’ll find out sooner or later. I’ll have to tell the boys tonight.’
‘Tell them what?’
‘Their father. He’s dead.’
‘Oh no! Oh, Maura, I’m so sorry. He’d come back to Ireland?’
Maura shook her head.
‘Jason will be devastated. I know he always says he hates him, but deep down I think he hoped his dad would get in touch someday. If only so he could scream abuse at him for abandoning you.’
‘But that’s the thing, Aoife. Danny didn’t abandon us.’
‘He may have sent you money, Maura but he still disappeared without a word.’
‘Not willingly. He was murdered.’
‘What! When?’
‘Fifteen years ago. Remember a few weeks back, a body was found in the grounds of that old house in the city centre? They just identified him as Danny.’
‘But—I don’t understand, Maura. How could Danny be dead for fifteen years? I thought he sent you money every month.’
‘So did I.’ 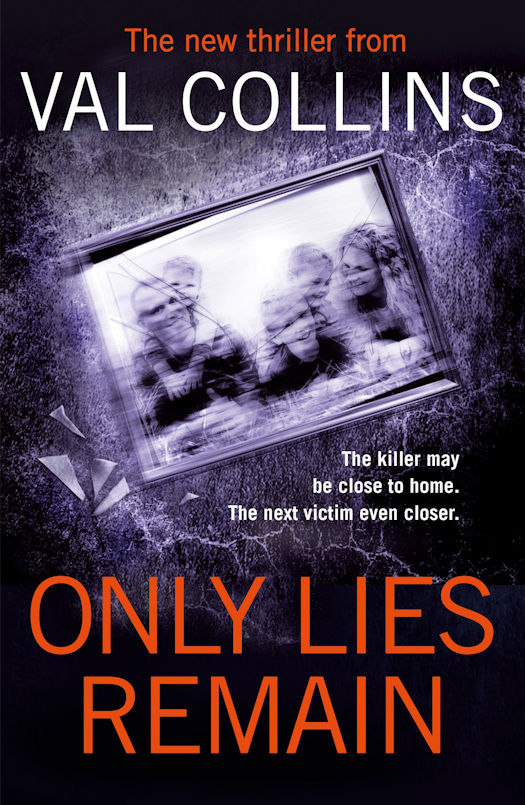 Everyone thought Danny Walsh deserted his family when his sons were young. But when Danny's body turns up fifteen years later and his wife, Maura, is implicated in his murder, accusations and old rumours surface.

Aoife rushes in to clear her mother-in-law's name. But why is it that Maura's story concerning Danny's disappearance doesn't quite add up?

Aoife's investigation uncovers old secrets, long-held jealousies, and lies upon lies. With every new revelation, Aoife realises she doesn't know her family at all. Now her new boss is acting strangely, her best friend is more and more distant, and her husband is no help at all.

With her support network crumbling and her family threatened, Aoife must race to keep one step ahead of danger before more innocent lives are lost. But how will she uncover the truth when only lies remain? 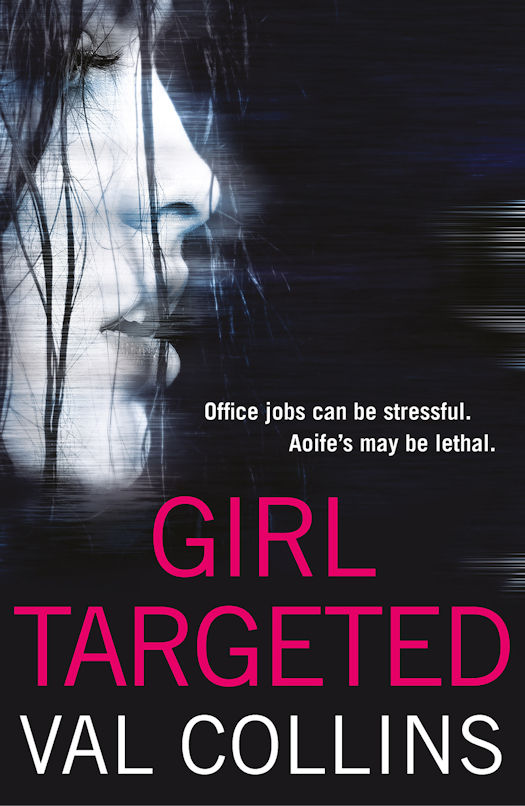 Where do you turn when you can’t trust your friends, your peers, your own husband?

Aoife is a contented newlywed, temping while she awaits the birth of her first child. When her agency asks her to fill in on a temp position, Aoife witnesses a horrific tragedy at the office—one that will change the course of her life forever.

Three months later, now employed full-time at the same workplace, Aoife’s learns that the ‘tragedy’ she witnessed was actually a cold-blooded murder. When she decides to investigate, Aoife discovers that everyone in the organisation has secrets they are desperate to protect. Even her friends cannot be trusted.

An attempt on Aoife’s life proves that somebody is going to extraordinary lengths to ensure the past stays dead and buried—and Aoife along with it.

What’s more, Aoife’s personal life is beginning to unravel. She’s positive she has a stalker but everyone thinks she’s imagining it. Her husband is turning into a stranger who doesn’t care that his wife’s life is in danger, even her mother-in-law is keeping secrets from her.

Convinced that solving the case is the only way her she and her daughter will ever be safe again, Aoife rushes to uncover answers to a shocking scheme of greed, betrayal, and murder before the killer silences her for good. 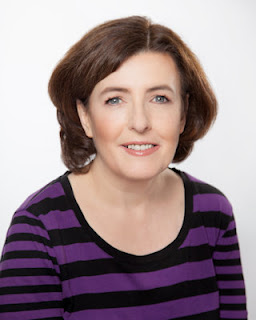 Val Collins is the author of the award-winning psychological thriller GIRL TARGETED and ONLY LIES REMAIN, both of which feature heroine Aoife Walsh.