Guest Blog by Alex Hall and Giveaway of EARNEST INK!


Please welcome Alex Hall to The Qwillery. Earnest Ink was published in October 2019 by NineStar Press.

Alex is kindly giving away 5 digital copies of the novel! Enter in the comments below. 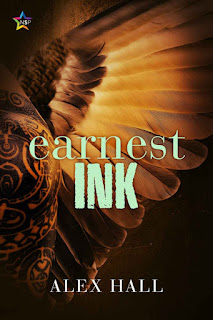 When I was small child, I believed magicians and artists were one and the same. The first accomplished amazing things with wand or staff, the second with paintbrush or pencil (or potters' wheel, or sculpting tools, or tapestry needle, camera). Jack Baker, a Santa Barbara artist of international repute who lived just down the lane from my grandmother's house, made his home in small cottage densely surrounded by the sort of tangled, flowering gardens I imagined a wizard might cultivate. I wasn't allowed to play in his garden—Baker had an extensive collection of orchids and succulents and California wildflowers—but I spent many an afternoon walking the edge of his property, peering through palm fronds and pine trees at the Taj Mahal-like sculptures and driftwood animals that lived in the sea-salt shade, certain that if I concentrated hard enough I'd catch a glimpse of the mysterious old man conjuring real life dragons in his cottage.

Hemingway, the main character of my newest novel, is both a magician and an artist. His peculiar brand of magic has made him a household name. Not only is he a talented tattooist, but his work comes to life, literally. People spend money they don't have—big money—for a chance to be his canvas.

While Hemingway is making an excellent living in a near-future version of Hell's Kitchen, the rest of the United States is splintered and struggling in the wake World War III. Borders rise and fall overnight. Technology has collapsed. Magic is waking in its place, turning unwitting citizens into wielders of strange and specific strands of magic.

Hemingway's dystopian Manhattan is a long way from 1990s idyllic Santa Barbara. And I'm a long way from the child who hoped Jack Baker was conjuring dragons with a paintbrush in his seaside cottage. The world has changed. But on the days I worry it's changed for the worst, I pick myself up and spend an hour wandering a local art gallery, or scrolling through my favorite creators on Tumblr, Instagram, and Patreon.

Because I still believe artists are magicians, exposing monsters with a photograph, building familiars out of clay, banishing the darkness with a bit of colored thread. 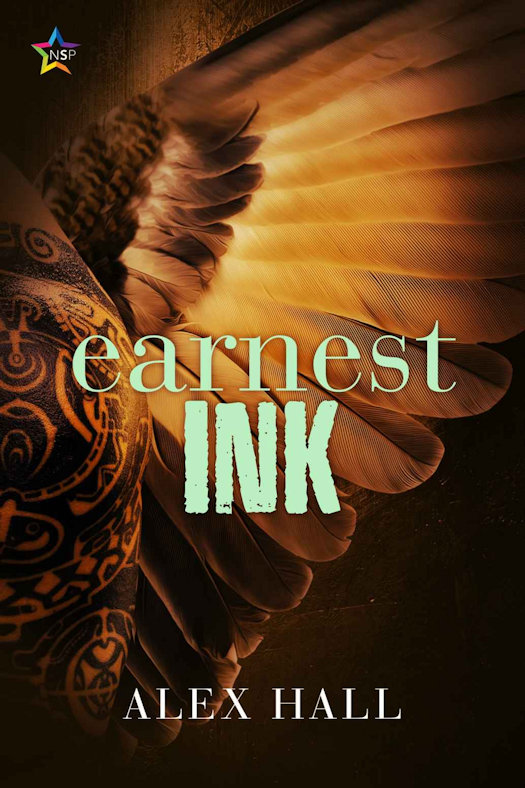 While twenty-year-old FTM Hemingway is making an excellent living as a tattoo artist in a near-future version of Hell’s Kitchen, the rest of the country is splintered and struggling in the wake of a war gone on for too long. Technology has collapsed, borders rise and fall overnight, and magic has awakened without rhyme, reason, or rule, turning average unwitting citizens into wielders of strange and specific strands of magic.

Hemingway’s particular brand of magic has made him a household name. Not only is he a talented artist, but his work comes to life. Literally.

When NYC’s most infamous serial killer—the East River Ripper—abducts Hemingway’s best friend, Grace, he has only days to save her. Hemingway teams up with his stoic cop roommate to hunt for the killer and rescue Grace before she becomes the Ripper’s latest victim. But as the duo chase clues to the serial killer’s identity, Hemingway begins to fear the magic he and the Ripper share might eventually corrupt him too.

Sarah Remy/Alex Hall is a nonbinary, animal-loving, proud gamer Geek. Their work can be found in a variety of cool places, including HarperVoyager, EDGE and NineStar Press.

What:  5 digital copies/ 5 winners of Earnest Ink by Alex Hall.

How:  Leave a comment below with your choice of ePub or mobi.

Who:  The giveaway is open to all humans on the planet earth with an emailing address.

When:  The giveaway ends at 11:59 PM US Eastern Time on December 31, 2019. Void where prohibited by law. No purchase necessary. You must be 18 years old or older to enter.


*Giveaway rules and duration are subject to change without any notice.*
Posted by Qwill at 10:01 AM