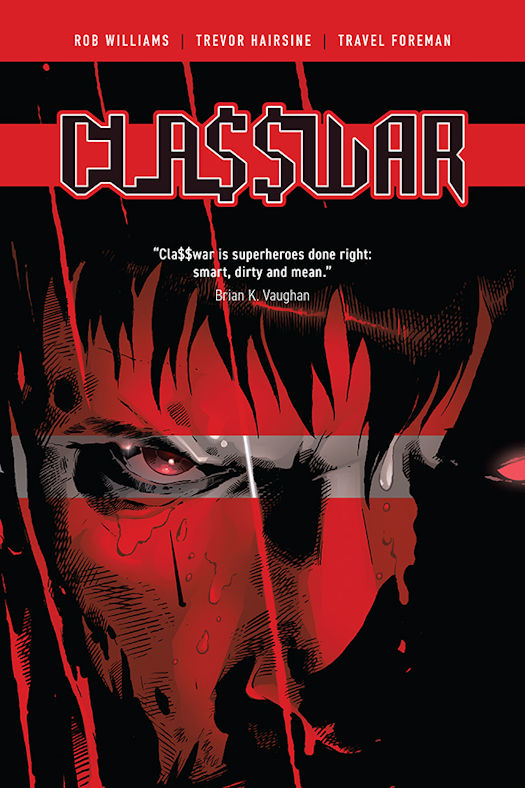 Trevor Hairsine, and Travel Foreman—will be available in trade paperback for the first time from Image Comics this July 2020.

Love your country then rip it down! In Cla$$war, beloved supersoldier, American, uncovers the dark truth behind the White House and burns the word "Liar" into the forehead of the president on live TV. Now on the run with a rogue CIA agent, he intends to reveal everything he now knows to the world. Can his former teammates, the superteam Enola Gay, stop him?

“Cla$$war somehow feels more pertinent now than it did upon its initial release,” said Williams. “Taking down the liars, the charlatans, and the criminals in high office. That's still a story we can all get behind.”

Cla$$war will also be available for purchase across many digital platforms, including the official Image Comics iOS app, Amazon Kindle, Apple Books, comiXology, and Google Play.