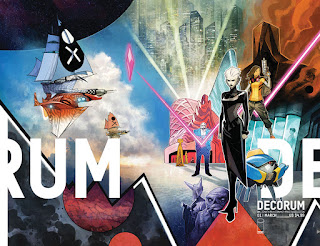 ORTLAND, Ore. 12/20/2019 — The bestselling, comics titan Jonathan Hickman (House of X, Powers of X, East of West) teams up with fan favorite artist Mike Huddleston (Middlewest, House of X) for an all-new, ongoing science fiction epic in Decorum. The series is set to launch this March from Image Comics.

Decorum will blend the high impact, event level storytelling of Hickman’s recent re-envisioning of X-Men with the sprawling, addictive worldbuilding of the recently concluded East of West.

"We’ve been quietly working on this book for over a year and I’m having the time of my life," said Hickman. "Mike is one of those ridiculously talented artists who is both technically proficient and insanely stylistic—everyone is just going to love what he’s done here."

There are many assassins in the known universe. Decorum is the story of the most well-mannered one.

Huddleston added: "I told Jonathan early on that just wanted to both draw cool stuff and tell a good story, and good news! We’re doing both in spades."

Decorum #1 will also be available for purchase across many digital platforms, including the official Image Comics iOS app, Amazon Kindle, Apple Books, comiXology, and Google Play. 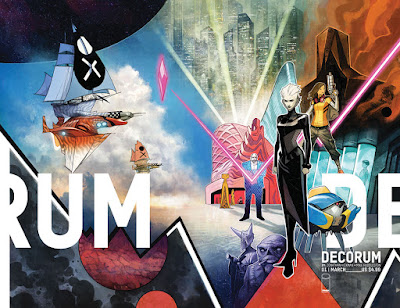 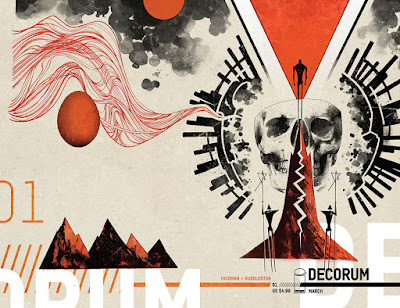 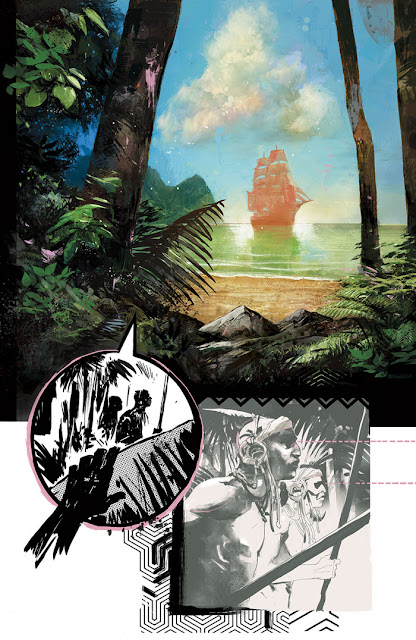 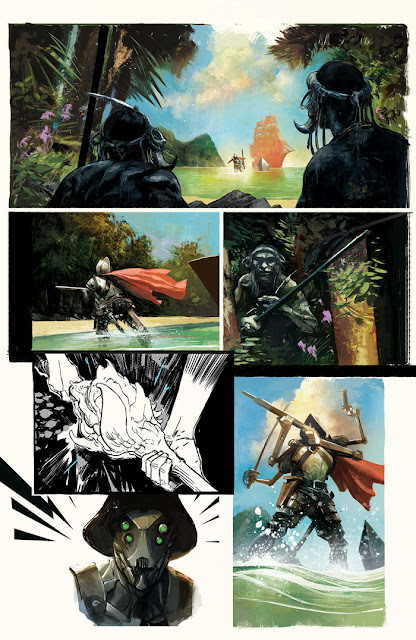 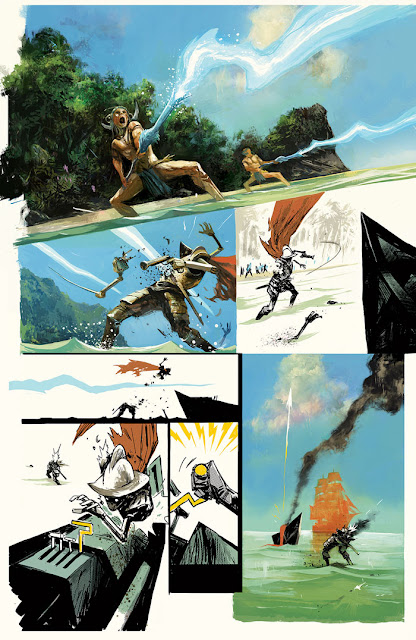 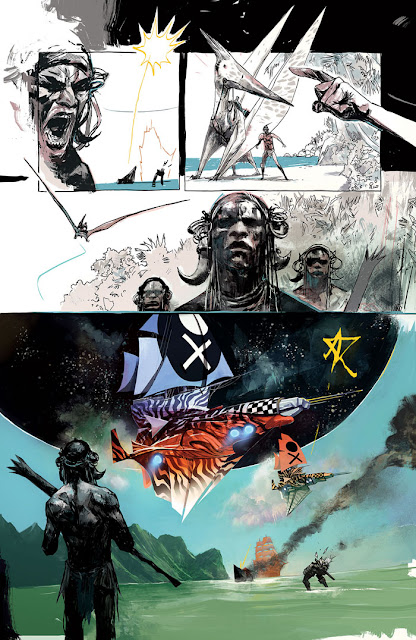 
ABOUT IMAGE COMICS
Image Comics is a comic book and graphic novel publisher founded in 1992 by a collective of bestselling artists. Image has since gone on to become one of the largest comics publishers in the United States. Image currently has six individuals on the Board of Directors: Robert Kirkman, Erik Larsen, Todd McFarlane, Marc Silvestri, Jim Valentino, and Eric Stephenson. It consists of five major houses: Todd McFarlane Productions, Top Cow Productions, Shadowline Comics, Skybound Entertainment, and Image Central. Image publishes comics and graphic novels in nearly every genre, sub-genre, and style imaginable. It offers science fiction, fantasy, romance, horror, crime fiction, historical fiction, humor and more by the finest artists and writers working in the medium today. For more information, visit www.imagecomics.com.
Posted by Qwill at 6:14 PM