Please welcome Phil Williams to The Qwillery as part of the Self-Published Fantasy Blog-Off 5 Interviews. Phil has submitted The City Screams to SPFBO 5. 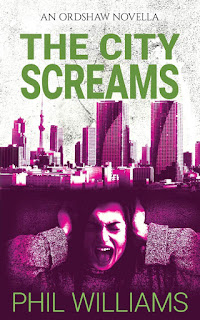 Phil:  That would be Robo the Robot, a few pages long but for some reason written on the card of cereal boxes. It read a bit like Joyce.

Phil:  Not seen someone offer an in-between before but that sounds right! I broadly plan, at least towards an end, then I butcher my plans with overcomplicated improvisation and stubbornly independent characters.

Phil:  Stopping. I write a lot and always want to write more and keep tweaking and tweaking, and half the time instead of editing I rewrite, only to discover the 'new' bits strongly resemble something a paragraph later.

TQ:  Describe your The City Screams using only 5 words.

TQ:  What inspired you to write The City Screams?

Phil:  It's the combination of a few ideas - the setting in Tokyo came about while writing Blue Angel, there's a subtle sentence in there that sets up The City Screams. But I couldn't wait for the characters from the main series to get involved so tried to come up with someone new, and I'd been playing with this idea of exploring a deaf character ever since I worked on a disability communities app. That idea then combined very naturally with a concept I had from a scifi short story I wrote a few years back, when I realised Ordshaw + deaf research + Screams = Tokyo adventure.

TQ:  Please tell us about the cover for The City Screams.

Phil:  The short story is it follows a style I spent a while establishing with Under Ordshaw, combing graphic design urban fantasy with thriller elements. I had a few ideas for symbolic elements of the story but nothing quite beats a young woman enduring the city's screams. (Though to get the pose right took combining a few different models.) There's a longer story about it over at BiblioSanctum.

TQ:  In The City Screams who was the easiest character to write and why? The hardest and why?

Phil:  Can I use the same character for both? Tova was difficult because I really had to put myself in someone else's world, and research what it means to be deaf - something I initially found hard to get feedback on (I was later very lucky to find help from some generous deaf folk, but I'd already done the writing!). She was also easy though, because she's a very light, somewhat quirky and good spirited person so it was a lot of fun to spend time working on her.

TQ:  Does The City Screams touch on any social issues?

Phil:  It's (hopefully) an insight into how the profoundly deaf experience the world; as well as everyday issues, people try to take advantage of Tova for her disability, in no short order. My intention was also to show how different the world can be through others' eyes.

TQ:  Give us one or two of your favorite non-spoilery quotes from The City Screams.

"What if I’ve stumbled into a world of invisible demons and witch-hunters, because whatever Eguchi put in me was hatched out of a devil’s egg.”

“Okay,” Ren signed back, almost deadpan, “so what superpower does it give you?”

Tova shrugged. “The ability to be deathly afraid?”

Phil:  The closing book of the initial Ordshaw trilogy, The Violent Fae, is close to completion. Hot on its heels will be a new story arc and after that the successor to The City Screams, drawing this book back to Ordshaw. Then later a few dozen more books until there's so much Ordshaw out there that people start to think it's a real place. 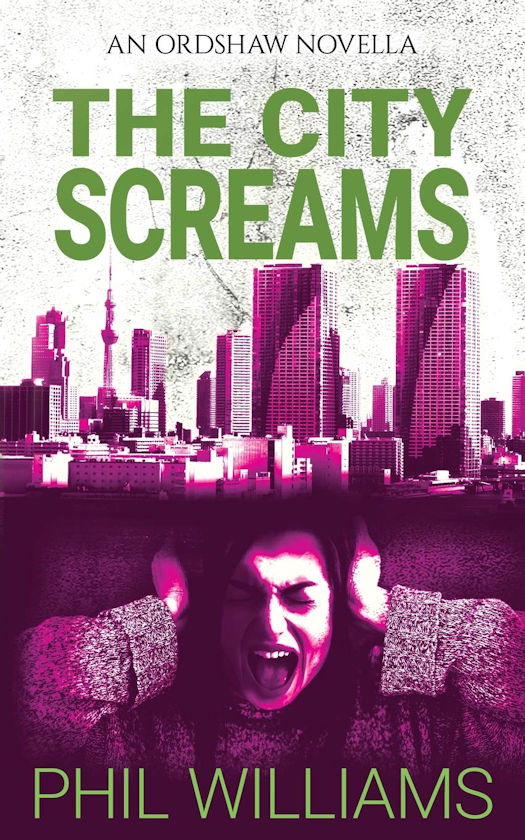 Tova’s getting her hearing back. She’s going to wish she wasn’t.

Alone in Tokyo for experimental ear surgery, Tova Nokes is finally shaking up her life. But when she starts to hear things she shouldn’t, all she wants is to make it home alive.

There’s a voice saying it’s where she comes from that makes her special.

If she can only survive violent stalkers, and the terrible screams, she might figure out why…

The City Screams is a stand-alone thriller in the Ordshaw urban fantasy series - get it now!

What readers are saying about the Ordshaw series… 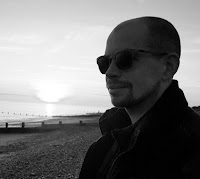 Phil Williams was born in the commuter-belt of Hertfordshire, where he learnt to escape a comfortable life through sinister fantasy fiction. His erratic career has variously involved the study of language and relationships - and took him to such locations as Prague, Moscow and Abu Dhabi. He finally settled on the quiet Sussex seaside, where he lives in Worthing with his wife and his fluffy dog, Herbert. He divides his time between writing educational books that help people better understand English and fantasy books that help people better escape reality.

So he tells himself.

Ordshaw: a collection of urban fantasy thrillers set in and around the UK city of Ordshaw – a place where dark secrets threaten the modern world. The Sunken City trilogy follows card sharp Pax Kuranes’ introduction to a labyrinthine conspiracy, starting with Under Ordshaw. Expect monsters, diminutive fairies and a mystery that’ll take a lot of late nights to unravel.

Estalia: starting with Phil’s debut novel, Wixon’s Day, in 2012,  this post-apocalyptic series explores a dystopia powered by steam. With reconstructed steampunk machines and an anarchist government, Estalia is a deadly place that gets more tense and chaotic with each instalment in the series.

His work also includes stories set in the post-World War 3 dystopia of Faergrowe (including A Most Apocalyptic Christmas and an upcoming five-book action-thriller arc starting with The Worst Survive), as well as various standalone stories and screenplays.