Interview with Grant Price, author of By the Feet of Men


Please welcome Grant Price to The Qwillery as part of the 2019 Debut Author Challenge Interviews. By the Feet of Men was published on September 1, 2019 by Cosmic Egg Books. 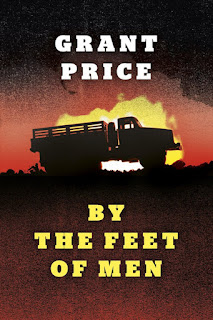 Grant:  I’m not sure, but for a long time my brother and I owned a whole book of short stories that we’d written when we were younger. They were terrible. I shredded the book one year because they were too embarrassing to read.

Grant:  I outline every chapter to make sure I know what general direction I’m going in, but after the characters come to life, they kind of take over. It’s easier that way; it’s their world and their voice and I can’t make them do things they don’t want to do. I just try to make sure they don’t stray too far from what I originally intended – unless the new direction is awesome.

Grant:  If we’re not including the voice in the back of my head that’s always whispering ‘you’re not good enough’, then I would nominate ‘time’ as the greatest challenge. First you have to find it, then you have to use it and finally you have to appreciate it. All three aspects are difficult.

Grant:  Music influences me. When I was planning the novel, I listened to a lot of artists whose music you could imagine soundtracking the post-apocalypse. Eerie, paranoid stuff like Boards of Canada, Tangerine Dream, Aphex Twin, Godspeed You! Black Emperor and Global Communication. It helped me to storyboard the different scenes and see what should be happening (especially after listening to Tomorrow’s Harvest on repeat).

TQ:  Describe By the Feet of Men using only 5 words.

Grant:  These trucks go to eleven.

TQ:  Tell us something about By the Feet of Men that is not found in the book description.

Grant:  There’s a pinch of spirituality in there. I’m not a proponent of organised religion, but I do believe in the soul (Albert Hofmann’s greatest invention will do that for you). Our spiritual connection with nature and other people – something I think we’ve largely sacrificed in pursuit of technological progress and private comfort – is critical to our ongoing ability to persevere and flourish as a species. I wanted to include some of those ideas in the novel to balance out the grim realism, which is why Ghazi is there as Cassady’s foil. He understands that there’s more to existence than the grind, and he tries to make the characters around him see it, too.

TQ:  What inspired you to write By the Feet of Men? What appeals to you about writing dystopian SF?

Grant:  Two movies inspired me: William Friedkin’s Sorcerer (1977) and the movie it was based on, The Wages of Fear (1953) by Henri-Georges Clouzot. Both films tell the tale of four men tasked with delivering unstable nitroglycerine through mountains somewhere in South America and the reaction each one has when confronted by his own mortality. I took the basic plot and married it to my number one fear – the climate crisis – to create my own story. As a genre, dystopian fiction appeals to me because it allows you to comment on something that doesn’t work in today’s society without having to be quite so on the nose about it. If you set it 50 years into the future, you can make the message entertaining for the reader. There’s also less chance that you’ll start proselytising because you’re too busy building your world and then exploring what it has to offer.

TQ:  What sort of research did you do for By the Feet of Men?

Grant:  Because writing isn’t hard enough anyway, I decided to write a book about truck drivers when I don’t drive. That meant the first thing I had to do was watch endless videos of people driving trucks to get an idea of the movements and habits for my drivers. I had to spend a long time looking up how electric motors work, what kind of things can break down, what noises they make, how easy it is to charge them, what the near future holds for electric drives, and so on. I spent days reading about radical ‘solutions’ to the climate crisis that are about as insane as Ozymandias’s plan to secure world peace in Watchmen. I also scoured a bunch of survival websites to see what we’ll most likely be eating when the links in the global food chain break. Turns out it’s nothing/each other.

TQ:  Please tell us about the cover for By the Feet of Men.

Grant:  One strange question people kept asking me after the book was accepted for publication was: “Do you get to design the cover?” The answer is no. First off, I’m not a graphic designer. Second, imagine the headaches that would cause if every author got to add their two cents. It’d end up looking like The Homer. It was designed in house at JHP. I have to say that I have never loved it. It’s sterile in its simplicity, although I suppose it reflects the brutal nature of the world that the characters inhabit. In any case, they were going for Cormac McCarthy but it looks like a poster for a B movie.

TQ:  In By the Feet of Men who was the easiest character to write and why? The hardest and why?

Grant:  Ghazi was the easiest to write, because I based him on an Afghan friend of mine who speaks as Ghazi does in the book, and this friend has been an inspiration to me for the past few years. The most difficult was probably the Japanese driver, Tagawa. I only added him in because I was learning to speak Japanese at the time and I went to Japan a couple of times and became a little obsessive. The problem was that I couldn’t get into his head and I couldn’t see him like I could the others. I eventually envisioned him as having the same kind of personality as Lee Byung-Hun’s protagonist in A Bittersweet Life (2005) and he came to life after that.

TQ:  Does By the Feet of Men touch on any social issues?

Grant:  It’s a book-length examination of current responses to the climate crisis and what it means to be human in a world that we’ve become detached from. In the book, this detachment comes from the fact that the landscape is barren and inhospitable because of our failure to act. But you can also see this detachment now in how we communicate with one another and interact with the world. By and large, we don’t respect each other and we have no tangible connection to nature. Everything is a means to an end rather than an end in itself. We’re creating a spiritually barren landscape for ourselves now, and once that process is complete, we’ll be resigned to catastrophic climate change because we simply won’t care enough to do anything about it.

TQ:  Which question about By the Feet of Men do you wish someone would ask? Ask it and answer it!

Grant:  I honestly can’t think of one. If there was something about the content that I was desperately waiting for someone to notice, then that would mean the writing wasn’t good enough to make my intentions clear. If it’s a question about something else, I guess I’ll just be pleasantly surprised when the question does come.

TQ:  Give us one or two of your favorite non-spoilery quotes from By the Feet of Men.

Grant:  I do like “If you grew up in the Wild West, it ain’t wild. It’s home”. I bet it’s been written a hundred times before, but it came to me fully formed when I was staring out the window looking at some birds, so I wanted to put it in. I’m also pretty taken with “They were married to the highway and the system they’d created and so they simply waited, contending with the heat and the flies and the monotony and the sudden violence, until death came for them.” At a stretch, you might just be able to apply it to our current approach to the climate crisis.

Grant:  I’m cautiously optimistic about my next novel, which is called Mekong Lights. I’m just finishing up the second draft and I love how it’s nothing like By the Feet of Men, both in terms of plot or writing style. We’ll see. 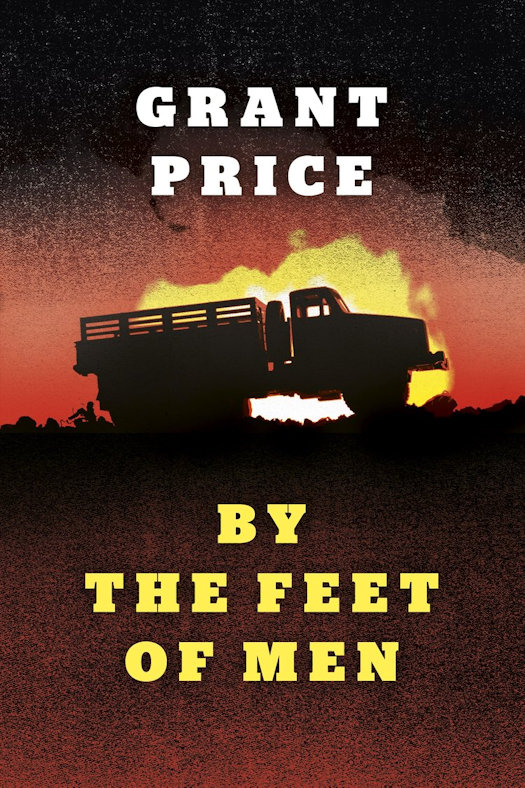 WANTED: Men and women willing to drive through the valley of the shadow of death.

The world’s population has been decimated by the Change, a chain reaction of events triggered by global warming. In Europe, governments have fallen, cities have crumbled and the wheels of production have ground to a halt. The Alps region, containing most of the continent’s remaining fresh water, has become a closed state with heavily fortified borders. Survivors cling on by trading through the Runners, truck drivers who deliver cargo and take a percentage.

Amid the ruins of central Germany, two Runners, Cassady and Ghazi, are called on to deliver medical supplies to a research base deep in the Italian desert, where scientists claim to be building a machine that could reverse the effects of the Change. Joining the pair are a ragtag collection of drivers, all of whom have something to prove. Standing in their way are starving nomads, crumbling cities, hostile weather and a rogue state hell-bent on the convoy's destruction. And there's another problem: Cassady is close to losing his nerve. 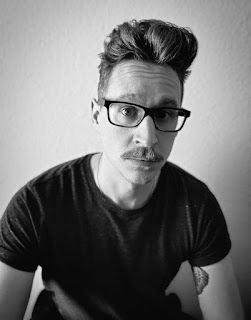 Grant Price (b. 1987) is a British-German author currently living in Berlin, Germany. After spending too many years translating and writing copy, he started writing fiction full time in 2015. His dystopian cli-fi novel, By the Feet of Men, is due to be published by Cosmic Egg Books in September 2019. His work has appeared in The Daily Telegraph and a number of magazines and journals.