Please welcome Ian Stuart Sharpe to The Qwillery discussing The Jötunn War which is being funded on Kickstarter right now! 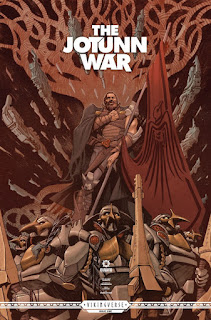 How would you describe the Jötunn War?

The Jötunn War is our latest addition to the Vikingverse, the first of a four-issue graphic novel series and a companion piece to the All Father Paradox.

If you’ve read the novel, it adds some more depth and detail to the worlds-spanning war that concludes the novel. And if you haven’t, it makes a perfectly good jumping off point to explore.
The premise is simple: what if the Vikings never lost? What would the modern world be like if Norse laws, appetites and mythology had shaped it instead of Christianity?

Fast forward through 1000 years of alternate timeline and you come to the Jötunn War - a point in time analogous to the Great War, or World War 2. There are all kinds of social pressures that irk Great Powers, like the Emancipation of the Serfs or the Russian Revolution, the Scramble for Africa and the Rise of Nationalism. The Viking Empire is no different: while the pace of progress has been accelerated (Vikings didn’t burn their scientists as witches…), when the thralls rebel, turning to the artifice of Norns to help them escape their bondage, the Natural order is thrown into chaos, causing a war that rages across the Nine Homeworlds for decades. The comic shows the last gasp battle for Utgard, the last stronghold of the Jötnar.

The Jötunn War is your first comic, coming just months after the All Father Paradox novel. Do some of our favourite characters make an appearance?

Over the course of four issues, you’ll see all kinds of familiar faces, some drawn from the novel, some from real life. Of course, this is Gest’s story and told from his POV. There is something of the Eternal Champion about him, because of his immense longevity - down to a Norn’s curse in the cradle – he has seen the whole swept of history and now stepped up for the decisive battle. Along the way, he is joined by Alviss Presterleah and Njall Armstinnr – two great 1960s icons in our world, whose names easily translate back into Old Norse. In the Vikingverse blurb, we often talk about the storied heroes of mankind being drawn into the Vikingverse in new and brutal guises - those two are an especially long way from the All-American idols we know and love.

Of course, in later episodes, you get to see other major characters as the Battle for Utgard continues but we won’t reveal all of those just yet…

Did you find writing a comic easier than the novel?

History is full of titanic battles, from David vs. Goliath to the Axis vs. Allies, but The Jötunn War is literally as big as it gets. There is a kind of visceral urgency to the comic form, you can have fun that you can’t easily manage in a novel.

I used to storyboard documentaries and TV spots in my days as broadcast Producer. It was surprising how similar the two things are, and once I got started, it all came to life quite quickly. In actual fact, because the whole script – descriptions, directions and captions – is only 3000 words per issue, it is the artists who bear the real burden! The real challenge became helping Dev design a Drakkar that looked like it could fly, or an infantry helmet that makes aesthetic sense for a future Varangian. I’m excited that he has captured the vision so clearly.

Norse mythology is a fascinating lens through which to take a view of the world – and I have heard at readings and conventions what a compelling idea it is. But not everyone has the time to read 90,000 words, and so a comic is a better start to their journey.

What the two forms do have in common is the resonance of the Old Norse quotes. Whether drawing from the wisdom of the Hávamál or reciting a skaldic poem about battle, the words have a real impact.

The Jötnar themselves, why did you choose to portray them that way?

In a word where Christianity has been put to the Viking sword, there are no angels or devils, but combatants will always strive to demonize the enemy. It’s how you motivate the populace to back a war – feed them fear and loathing. I liked the idea of turning that on its head, of having the nightmares of Norse mythology come back to haunt the Empire.

One interesting thing about the word Jötunn is that it doesn’t really mean giant – in the Old Norse orthography, it is much closer to words like consume, gluttony and voracious. I wanted to make the rebellion an existential, primeval, devouring threat – not just Vikings in white helmets. The sagas are clear that the Jötnar take many forms, some as beautiful as the dawn, some as hideous as - well, Týr’s nine-hundred headed grandmother is a good example (She is mentioned in Hymiskviða if you want to read more about her).

And the Kickstarter has already funded? Congrats!

Everyone involved is hugely grateful for the support and attention we’ve attracted. The Kickstarter funded after the first week, which means we can print the first issue. Our stretch goals include the ability to fund the printing and distribution of the second part, which is raring to go. So, if you like the cliffhanger built into the first episode, and you’ve got a taste for the Vikingverse, you’ll want to make sure to help us get further into the story! 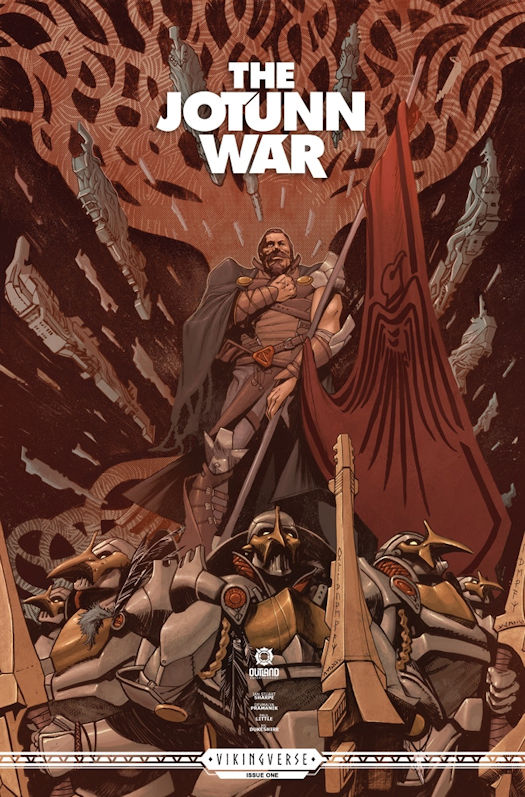 A war as old as time, where fate itself hangs in the balance. In the Vikingverse, the Norse rule the stars with restless fleets and an iron will. But when the thralls rebel, turning to the artifice of Norns to help them escape their bondage, the Natural order is thrown into chaos. The Jötunn War has been fought across the Nine Homeworlds to contain the threat, a battle against the stuff of ancient nightmares, red in tooth and claw, Jötunheim is the rebellion's last redoubt, an indignity the Empire plans to cleanse with flame and fury. The Jötunn War. Go big or go home in a body bag. 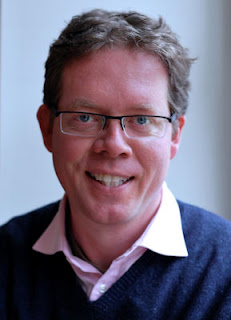 Ian Stuart Sharpe was born in London, UK, and now lives in British Columbia, Canada. Having worked for the BBC, IMG, Atari and Electronic Arts, he is now CEO of a tech start up. As a child he discovered his love of books, sci-fi and sagas: devouring the works of Douglas Adams, J.R.R. Tolkien, Terry Pratchett and George MacDonald Fraser alongside Snorri Sturluson and Sigvat the Skald. He once won a prize at school for Outstanding Progress and chose a dictionary as his reward, secretly wishing it had been an Old Norse phrasebook. The All Father Paradox is his first novel.

Outland Entertainment was founded as a creative services company in 2008 by Jeremy Mohler. Since then, Outland has worked for a wide variety of clients across the world. Outland specializes in assembling creative teams and managing projects. Contact them via their site form or go to www.outlandentertainment.com.