Please welcome Melanie Golding to The Qwillery as part of the 2019 Debut Author Challenge Interviews. Little Darlings is published on April 30, 2019 by Crooked Lane Books. 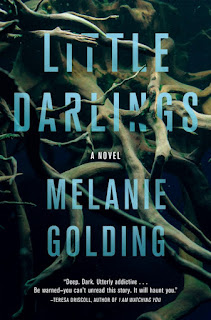 Melanie:  When I was about six I wrote a story at school, a kind of ‘what I did on my holidays’ that included some extremely fictional aspects. My teachers were concerned at what they saw were lies, but I stuck to my story, which included a magic house and a short superman flight from the top of a hill. I thought that because no one could prove none of that stuff happened, then it had. I certainly felt like it had, and that seemed enough.

Melanie:  First drafts are a slog. I like the redrafting phase

Melanie:  All of my reading. Like many writers I read widely and constantly.

Melanie:  I shall quote others here:

TQ:  Tell us something about Little Darlings that is not found in the book description.

Melanie:  Patrick is based on a real person, whose name I shall never reveal. He is so arrogant that there is no way he would ever guess what I've done, so I'm safe.

TQ:  What inspired you to write Little Darlings?

Melanie:  I was reading my folk tale collections, when I developed a theory about one of the stories. I saw that it would have functioned as an explanation for postpartum psychosis in pre-medical times. I also saw that it could be taken at face value, and I was really interested in exploring the possibilities of that

TQ:  What sort of research did you do for Little Darlings?

Melanie:  I did a few research trips to the Peak District - I used to live in Sheffield but it was fun to revisit those places. I gave birth, twice. Also I read many folktales and novels based on folklore

TQ:  Please tell us about the cover for Little Darlings.

Melanie:  The cover depicts the roots of a tree that have grown under water. Bodies of water are important in the novel, especially what lies beneath the surface.

TQ:  In Little Darlings who was the easiest character to write and why? The hardest and why?

Melanie:  Lauren and Patrick were easy to write, because they were extremely real to me. I had to get to know Jo and Amy, but by the end of the process they were writing themselves.

TQ:  Does Little Darlings touch on any social issues?

Melanie:  Only the fact that the post-birth experience still seems to be taboo. Nobody wants to talk about how frightening having a baby can be. The book kind of confronts that head on.

TQ:  Which question about Little Darlings do you wish someone would ask? Ask it and answer it!

Q: Is the story partly an allegory for the current unaddressed epidemic of postnatal depression among new mothers?
A: Yes

TQ:  Give us one or two of your favorite non-spoilery quotes from Little Darlings.

“It felt dangerous, that feeling, something she couldn't control, that got bigger even as she tried to banish it, to tell herself that these were the feelings that hurt you eventually, that destroyed lives, that needed to be ignored. She'd followed her heart once, when she was too young to know how completely a heart could be shattered.”

“Was this the love, this fear of them dying?”

Melanie:  The next book also has a folktale at its heart, and a cast of brave women and men who are faced with difficulties to overcome. It also features DS Joanna Harper. 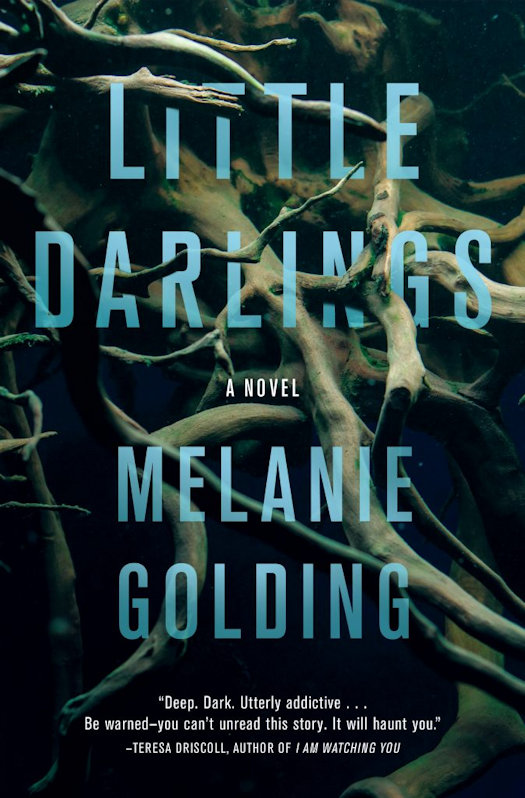 SOON TO BE A MAJOR MOTION PICTURE

Everyone says Lauren Tranter is exhausted, that she needs rest. And they’re right; with newborn twins, Morgan and Riley, she’s never been more tired in her life. But she knows what she saw: that night, in her hospital room, a woman tried to take her babies and replace them with her own…creatures. Yet when the police arrived, they saw no one. Everyone, from her doctor to her husband, thinks she’s imagining things.

A month passes. And one bright summer morning, the babies disappear from Lauren’s side in a park. But when they’re found, something is different about them. The infants look like Morgan and Riley—to everyone else. But to Lauren, something is off. As everyone around her celebrates their return, Lauren begins to scream, These are not my babies.

Determined to bring her true infant sons home, Lauren will risk the unthinkable. But if she’s wrong about what she saw…she’ll be making the biggest mistake of her life.
Compulsive, creepy, and inspired by some of our darkest fairy tales, Little Darlings will have you checking—and rechecking—your own little ones. Just to be sure. Just to be safe.

Melanie Golding is a graduate of the MA in creative writing program at Bath Spa University, with distinction. She has been employed in many occupations including farm hand, factory worker, childminder and music teacher. Throughout all this, because and in spite of it, there was always the writing. In recent years she has won and been shortlisted in several local and national short story competitions. Little Darlings is her first novel, and has been optioned for screen by Free Range Films, the team behind the adaptation of My Cousin Rachel.