Interview with Namwali Serpell, author of The Old Drift


Please welcome Namwali Serpell to The Qwillery as part of the 2019 Debut Author Challenge Interviews. The Old Drift was published on March 26, 2019 by Hogarth. 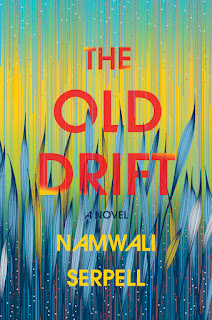 Namwali:  In fifth grade, I started writing a children's book about the invention of the alphabet. "Ay!" "It's a bee!" "See?"

Namwali:  Hybrid. I know the plot of land but not what will spring from the soil as I garden.

Namwali:  The (My) Great Zambian Novel.

TQ:  Tell us something about The Old Drift that is not found in the book description.

Namwali:  Sex and menstruation happen at an almost realistic frequency.

TQ:  What inspired you to write The Old Drift?

Namwali:  I wanted to figure out the specific nature of my country--what philosophers would call its "quiddity."

TQ:  What sort of research did you do for The Old Drift?

Namwali:  All sorts: History (how was the Kariba Dam built?); microbiology (what's the likeliest HIV vaccine?); engineering (why aren't microdrones smaller yet?); pop culture (when did He-Man figurines first get exported to Zambia?); tech (can human skin conduct enough electricity to run a smartphone?).

TQ:  Please tell us about the cover for The Old Drift. Who created the cover?

Namwali:  Kai and Sunny. The keywords I gave them were: MOSQUITOS, DRIFT, WATERFALL.

TQ:  In The Old Drift who was the easiest character to write and why? The hardest and why?

Namwali:  The easiest was Joseph--nerdy, self-pitying. The hardest was Lee--beautiful, callous.

TQ:  Does The Old Drift touch on any social issues?

Namwali:  Yes, it ends with an attempt at a Marxist revolution! Race, class, gender, sexuality--all the goodies.

TQ:  Which question about The Old Drift do you wish someone would ask? Ask it and answer it!

Namwali:  Is this an allusion to Björk? YES.

TQ:  Give us one or two of your favorite non-spoilery quotes from The Old Drift.

Namwali:  "Every family is a war but some are more civil than others."

Namwali:  A nonfiction book about why I love-hate American Psycho and two novels, one about vengeance, one about mourning. 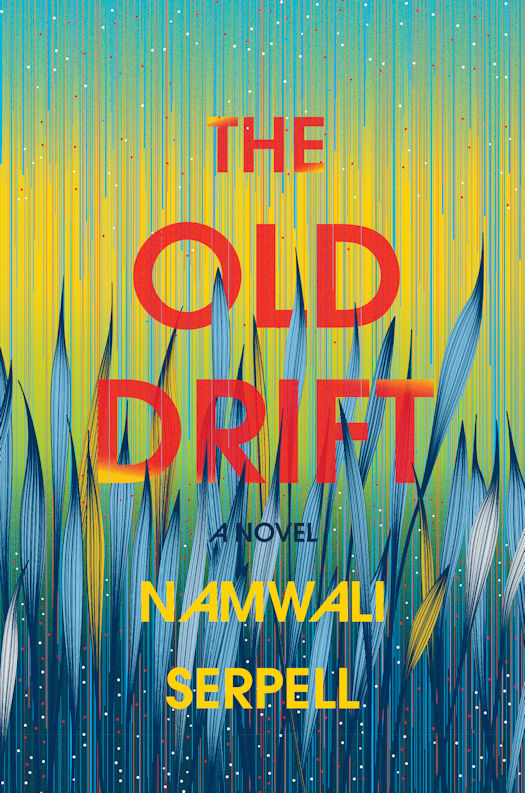 An electrifying debut from the winner of the 2015 Caine Prize for African writing, The Old Drift is the Great Zambian Novel you didn’t know you were waiting for

On the banks of the Zambezi River, a few miles from the majestic Victoria Falls, there was once a colonial settlement called The Old Drift. Here begins the epic story of a small African nation, told by a mysterious swarm-like chorus that calls itself man’s greatest nemesis. The tale? A playful panorama of history, fairytale, romance and science fiction. The moral? To err is human.

In 1904, in a smoky room at the hotel across the river, an Old Drifter named Percy M. Clark, foggy with fever, makes a mistake that entangles the fates of an Italian hotelier and an African busboy. This sets off a cycle of unwitting retribution between three Zambian families (black, white, brown) as they collide and converge over the course of the century, into the present and beyond. As the generations pass, their lives – their triumphs, errors, losses and hopes – form a symphony about what it means to be human.

From a woman covered with hair and another plagued with endless tears, to forbidden love affairs and fiery political ones, to homegrown technological marvels like Afronauts, microdrones and viral vaccines – this gripping, unforgettable novel sweeps over the years and the globe, subverting expectations along the way. Exploding with color and energy, The Old Drift is a testament to our yearning to create and cross borders, and a meditation on the slow, grand passage of time.

NAMWALI SERPELL is a Zambian writer who teaches at the University of California, Berkeley. She received a Rona Jaffe Foundation Writers’ Award for women writers in 2011 and was selected for the Africa 39, a 2014 Hay Festival project to identify the best African writers under 40. She won the 2015 Caine Prize for African Writing. The Old Drift is her first novel.