Please welcome Andrew Bannister to The Qwillery as part of the 2019 Debut Author Challenge Interviews. Creation Machine is published on March 5, 2019 by Tor Books. 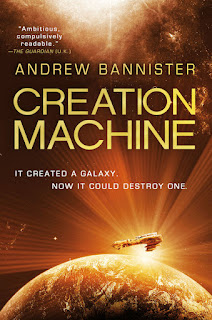 Andrew:  Thanks for inviting me in. A beautiful home you have here…

When I was around eight years old I wrote a science fiction short about living underground, probably inspired by a cross between The Wind in the Willows and The Time Machine. Then I read Asimov’s ‘Caves of Steel’ and realized I was Not Alone.

Andrew:  I’m a hybrid – a pantser who has to embrace some plotting to make sure the thing gets written!

TQ:  What is the most challenging thing for you about writing? How does your background in geology and environmental consulting affect (or not) your fiction writing?

Certainly my background has an effect, in that my planets tend to be geologically plausible even if they’re impossible in other ways, and I do often include the environmental effects of ‘human’ activities. Note that ‘humans’ may come in various forms and external finishes.

Andrew:  I love writers who can do much with few words – John Steinbeck, for example, and Tove Jansson – and who can create complex emotions with simple tools. I try to emulate that. In science fiction particularly, I always namecheck Iain M Banks, Ursula K. Le Guin and Lauren Beukes, but there could be many others too. At the moment I would add Lavie Tidhar.

TQ:  Tell us something about Creation Machine that is not found in the book description.

Andrew:  Okay, I am particularly proud of the part of the Monastery that floats off to one side and inverts itself like an hourglass. I want one of those! And one of the planets is named after an ancient Roman holiday resort on the present island of Cyprus.

TQ:  What inspired you to write Creation Machine? What appeals to you about writing Science Fiction?

Andrew:  I want amazing worlds. I want stuff that makes me go wow or woah or, occasionally, eugh, and science fiction is a great environment to do that. And through those amazing worlds I hope to animate ordinary, attractive, flawed, strong, weak, vulnerable, unbreakable people like Fleare Haas, who occurred to me when I sketched something about a woman imprisoned in an impossible tower on a dying moon, and who then took over the next ten months of my life without even saying thanks.

TQ:  What sort of research did you do for Creation Machine?

Andrew:  None. I’m far too lazy. Or almost none; I think I did about one page of really basic calculation to make sure the Spin (the artificial planetary cluster) was roughly the right size. Near enough is good enough, right?

TQ:  Please tell us about the cover for Creation Machine.

Andrew:  The cover is by Stephen Mulcahey, but he kindly took my suggestions about the concept into account. It does indeed depict something from the novel but as you said no spoilers…

TQ:  In Creation Machine who was the easiest character to write and why? The hardest and why?

Andrew:  The easiest was Alameche, because I just channeled my inner psychopath. Everyone has one, or is that just me? The hardest was Muz, because he spends much of the book in a form where human expressions don’t work; I had to keep thinking of ways for him to express himself. The same is true of Eskjog to some extent, but Eskjog is a less demonstrative character.

TQ:  Does Creation Machine touch on any social issues?

Andrew:  I do social issues, yes. I think writers should. I glance across attitudes to gay people, the contrast between dictatorship and democracy and between industrial oligarchies and leftist revolutionaries, the effects of poverty, ecological destruction… but that said, I don’t preach (I hope) - the story is mainly about people, not issues. If a character happens to be gay, for example, that is because the Universe contains gay people and I don’t intend to limit myself by not writing about them.

TQ:  Which question about Creation Machine do you wish someone would ask? Ask it and answer it!

Andrew:  Which civilization in Creation Machine would you most like to live in? And my guilty answer is that if I were rich and aristocratic I would live in The Fortunate Protectorate, but if I were poor I would prefer Society Otherwise.

TQ:  Give us one or two of your favorite non-spoilery quotes from Creation Machine.

Andrew:  Okay. One from Alameche, which sort of sums him up I’m afraid:

Eskjog began to move away, and then stopped. ‘What do you call it, in your society, when a man demands sexual congress with his unwilling wife?’

Alameche shrugged. ‘Marriage,’ he said. ‘So what?’

And one from – someone else:

I assume I have a body somewhere.

Andrew:  I am writing a novella called According to Kovac, which is to be published as part of a set of four (I believe) next year by Newcon Press in the UK and elsewhere. It is set in the same volume of space as the Spin. I do have another major project planned, but I can’t let that out in public yet as it is very much in the discussion phase.

Andrew:  It’s been my pleasure. 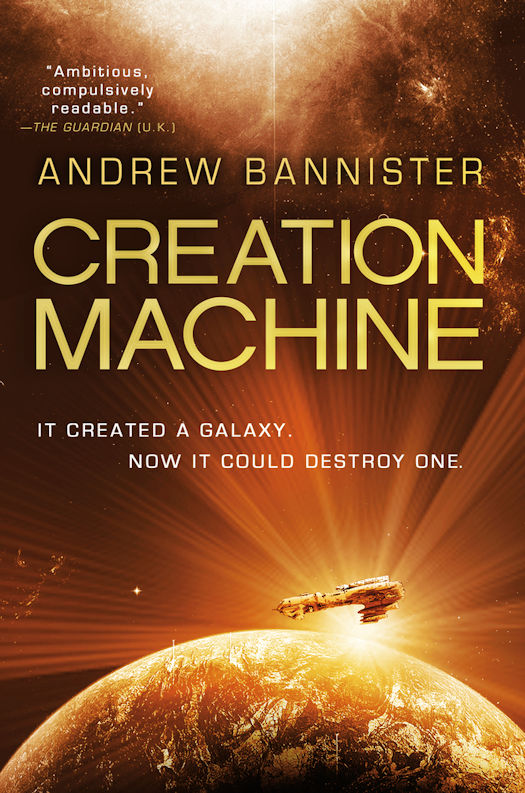 In the vast, artificial galaxy called the Spin, a rebellion has been crushed.

Viklun Hass is eliminating all remnants of the opposition. Starting with his daughter.

But Fleare Hass has had time to plan her next move from exile to the very frontiers of a new war.

For hundreds of millions of years, the planets and stars of the Spin have been the only testament to the god-like engineers that created them. Now, beneath the surface of a ruined planet, one of their machines has been found. 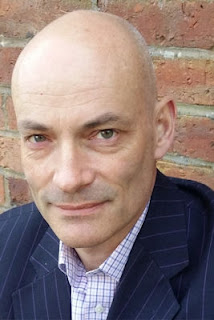 ANDREW BANNISTER grew up in Cornwall and studied geology at Imperial College and went to work in the North Sea before becoming an environmental consultant. He is active in volunteer work, focusing on children with special educational needs. This is his debut novel.