Please welcome Charlie N. Holmberg to The Qwillery. Smoke and Summons, the 1st novel in the Numina series, was published on February 1, 2019 by 47North. 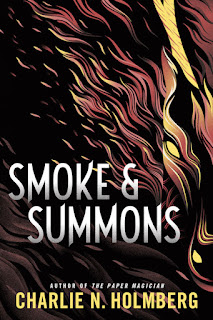 Charlie:  It’s either a weird Escaflowne fan fiction I did on a mailing list or an unfinished book called “Kaiku and the Ruby Necklace,” which was equally terrible.

Charlie:  I am very much a plotter. Outlines all the way! I can’t wrap my mind around pantsing. XD

TQ:  What is the most challenging thing for you about writing? Has your writing process changed from when you wrote The Paper Magician (2014) until now?

Charlie:  I don’t think I could pinpoint one specific thing that’s the most challenging about writing. It really depends on the time of year and the book in question. Sometimes the most challenging thing is making a character arc work. Sometimes it’s school visits. Other times it’s dealing with rejection. Right now it’s that all my projects came to a head at the same time and I have to race to my deadlines!

The most significant change in my writing process actually happened just before I wrote The Paper Magician. (So apparently it was a change for the better!) I feel like I have a more intuitive sense of how to outline a story now, so I don’t get as calculating about how I piece a book together. I now story board EVERY book I write, whereas before I just wrote out a sequence of ideas in a Word document. That involved a lot of annoying back and forth!

Charlie:  A huge influencer of mine is Hayao Miyazaki. I love his creativity! Sometimes it’s just a simple line in one of his movies that inspires something, or it’s the tone, or his characters. I’ve also been influenced by Brandon Sanderson, who is one of my favorite authors and was my writing instructor in college.

TQ:  Tell us something about Smoke and Summons that is not found in the book description.

Charlie:  There’s a very strong theme of family ties throughout this book and the series.

TQ:  What inspired you to write Smoke and Summons? What appeals to you about writing Fantasy?

Charlie:  Initially, it was because my agent and editor teamed up against me and pressured me to write another series! So I had to come up with an idea big enough to encompass multiple books. I went through my Pinterest boards, brainstorming folder, and past, unpublished novels of mine, pulling out anything and everything I found interesting. Some of those things included hosting monsters, an immortality switch, and a horse made of fire.

I adore fantasy because there’s just no limit to it. I like being able to read and write about things I can’t experience in real life. Fantasy encompasses so many other genres as well, so in a way, I get to write a little of everything!

TQ:  What sort of research did you do for Smoke and Summons?

Charlie:  I did a lot of research on how guns work (especially old models) and the industrial revolution. Most of this was done via the lovely internet, as well as contacting friends who are experts in those fields.

TQ:  Please tell us about the cover for Smoke and Summons.

Charlie:  I love my cover. The artist did an amazing job! The cover depicts Ireth, the fire-horse “demon” that’s bound to my main female character, Sandis.

TQ:   In Smoke and Summons who was the easiest character to write and why? The hardest and why?

Charlie:  You know, between the two viewpoint characters, it kind of switched depending on the scene and the book (Sandis, for instance, was harder to write in the third book of the series). Starting out, Rone was harder, but I got the hang of him pretty quickly.

TQ:  Does Smoke and Summons , the 1st novel in your Numina series, share anything thematically with your Paper Magician series?

Charlie:  Smoke and Summons has few similarities to The Paper Magician series. It’s tone is much darker, the stakes higher, and the plot more desperate. Even their progression is different. The Paper Magician series is more serial, while the Numina series is one giant story told in three books. They do both have what I hope are intriguing magic systems and main characters you can root for.

TQ:  Give us one or two of your favorite non-spoilery quotes from Smoke and Summons.

Her stomach tensed, but she opened her mind, welcoming Ireth. Acceptance made the transition more bearable.

Ireth didn’t mean to hurt her.

Charlie:  First is Myths and Mortals and Siege and Sacrifice, the other two books in the series, releasing April 16th and September 17th, respectively. So excited for them!

After that, I have a standalone romantic fantasy releasing called The Will and the Wilds. It’s the first book I wrote based on a dream. I call it my “kissing book” because it has twelve kissing scenes in it.

I’m hoping to sell a duology soon that’s in a similar vein as The Paper Magician, but no contract yet. ;) 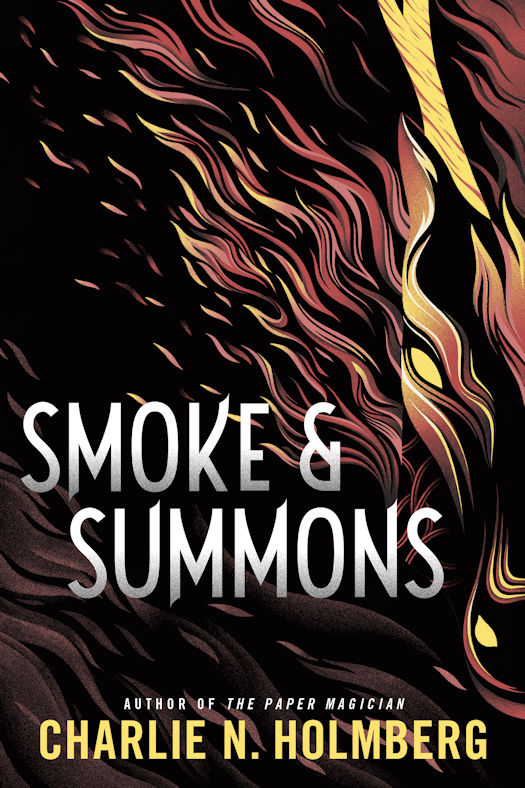 A captivating world of monsters and magic from the Wall Street Journal bestselling author of The Paper Magician Series.

As a human vessel for an ancient spirit, Sandis lives no ordinary life. At the command of her master, she can be transformed against her will into his weapon—a raging monster summoned to do his bidding. Unlike other vessels, Sandis can host extremely powerful spirits, but hosting such creatures can be fatal. To stay alive, she must run. And in a city fueled by smoke and corruption, she finds a surprising ally.

A cunning thief for hire, Rone owns a rare device that grants him immortality for one minute every day—a unique advantage that will come in handy in Sandis’s fight for freedom. But Sandis’s master knows how powerful she is. He’s determined to get her back, and he has the manpower to find her, wherever she runs.

Now, to outwit her pursuers, Sandis must put all her trust in Rone and his immortal device. For her master has summoned more than mere men to hunt her down… 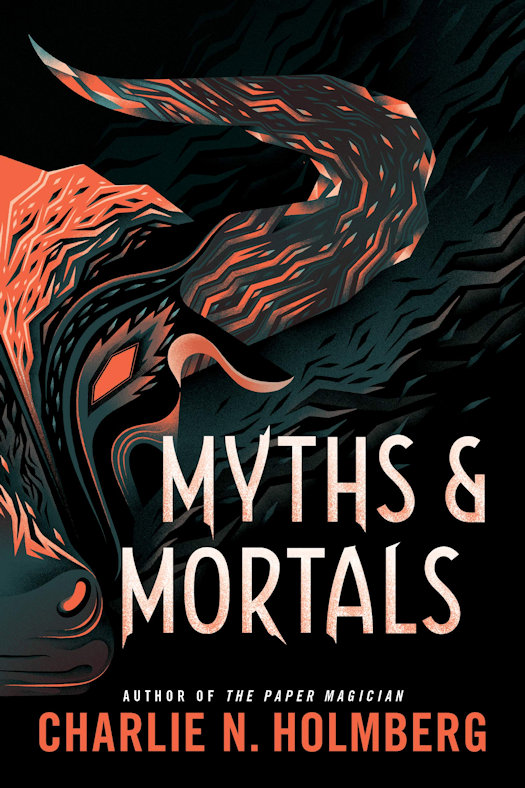 Sandis has escaped Kazen’s grasp, but she finds herself unmoored, reeling from her thief friend Rone’s betrayal.

Kazen has been hurt but not stopped, and he’ll do anything to summon the monster that could lay waste to the entire world. Sandis knows she must be the one to stop him, but with her own trusted numen now bound to another, and finding herself with no one she can trust, she is in desperate need of allies. Rone seems determined to help her, but Sandis has no intention of letting him get close to her again. What she doesn’t know is how much Rone gave up to protect her. Or how much more he is willing to give up to keep her safe.

As chaos mounts, Sandis must determine whom to trust. After all, the lines between enemy and ally have never been less clear…and corruption lurks in the most unlikely of places. 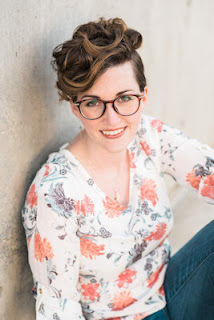 Born in Salt Lake City, Charlie N. Holmberg was raised a Trekkie alongside three sisters who also have boy names. She is a proud BYU alumna, plays the ukulele, owns too many pairs of glasses, and finally adopted a dog. Her fantasy Paper Magician Series, which includes The Paper Magician, The Glass Magician, and The Master Magician, has been optioned by the Walt Disney Company. Her stand-alone novel, Followed by Frost, was nominated for a 2016 RITA Award for Best Young Adult Romance. She currently lives with her family in Utah. Visit her at www.charlienholmberg.com.