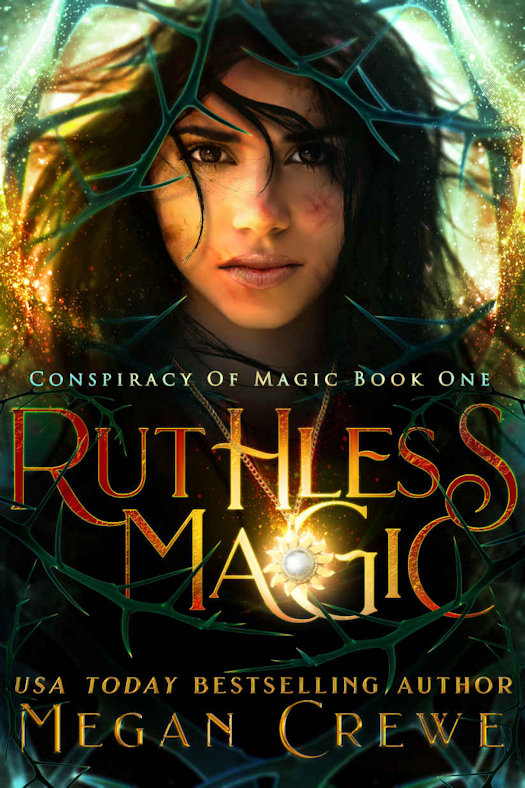 In the contest to keep their magic, the only options may be die... or kill.

Each year, the North American Confederation of Mages assesses every sixteen-year-old novice. Some will be chosen. The rest must undergo a procedure to destroy their magical ability unless they prove themselves in the mysterious and brutal Mages' Exam.

Disadvantaged by her parents' low standing, Rocío Lopez has dedicated herself to expanding her considerable talent to earn a place in the Confederation. Their rejection leaves her reeling—and determined to fight to keep her magic.

Long ashamed of his mediocre abilities, Finn Lockwood knows the Confederation accepted him only because of his prominent family. Declaring for the Exam instead means a chance to confirm his true worth.

Thrown into the testing with little preparation, Rocío and Finn find themselves becoming unlikely allies—and possibly more. But the Exam holds secrets more horrifying than either could have imagined. What are the examiners really testing them for? And as the trials become increasingly vicious, how much are they willing to sacrifice to win?

I can't really describe the plot any more adequately as the book description itself so will leave you to read it for yourself. What I can say is that it is a pretty straightforward story of a talented girl from the wrong side of the tracks who falls for the less talented boy from a magically prominent family. The mage examinations are like no exam you ever want to have to take. It is literally a fight for survival and talent doesn't guarantee a pass.

Ruthless Magic is described as a combination of Harry Potter and The Hunger Games. While I am a big fan of both of those series I am not a big fan of Ruthless Magic. I found Finn really dull and Rocío was one big stereotype. The fact they were making googly eyes at each other when they were fighting for their lives made me more than a little bit annoyed. Katniss wasn't swooning over Peta when they were in a fight for their lives and Harry Potter didn't even have a love interest. I didn't really find either character that credible and I wasn't really invested in them as characters or whether they survived the mage exam or not.

I really struggled to finish this book and at one point I didn't think I was going to be able to. Authors of YA fiction, who want their work to appeal to adult readers, have an additional challenge. Young adult characters have to be believable for readers in both age groups (Adult and Young Adult) otherwise the story can end up sounding really trite and/or the characters are really bland.  Unfortunately, this was the case for me and Ruthless Magic. I found nothing in either of the main characters that I could grab hold of and say 'yeah, that makes sense, that's how I would expect a 16 year old to act'. It was this lack of character credibility that had me struggling to finish the book and why I only give it a 3/10.
Posted by Melanie at 7:00 AM