Interview with Emmi Itäranta, author of Memory of Water - June 12, 2014


Please welcome Emmi Itäranta to The Qwillery as part of the 2014 Debut Author Challenge Interviews. Memory of Water was published on June 10, 2014 in the US by Harper Voyager. 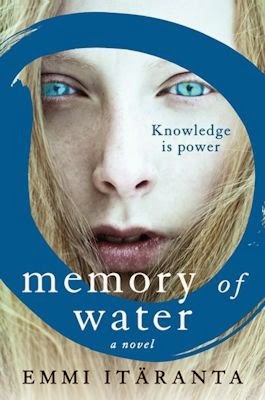 Emmi:  Thank you! I have made up stories in my head as long as I can remember, and have tried out many different types of writing over the years, including journalism and drama. I began writing Memory of Water in 2008, because the story grabbed me and wouldn't let go until it became a novel.

Emmi:  A plotter all the way. I need to have a plan and an ending, a goal to write towards, in order to get anywhere with the story. Otherwise I lose my way. This, of course, does not mean the plan cannot or does not change. I adjust it as needed.

Emmi:  Time, because I'm a slow writer. Also, as a writer you repeatedly choose writing over other things – an evening at the movies, reading a good book, spending time with loved ones, even sleep. That can sometimes be hard. There is no guarantee that there will be a reward for that choice, so you have to find it in the writing process itself.

Emmi:  It would be impossible to list all of them, but Margaret Atwood, Ursula K. Le Guin, Kazuo Ishiguro and David Mitchell among others have made an impact.

TQ:  Describe Memory of Water in 140 characters or less.

Emmi:  A coming-of-age story set in a drought-stricken future world where guarding a freshwater spring is a matter of life and death.

TQ:  Tell us something about Memory of Water that is not in the book description.

Emmi:  In the book's world, tea masters came to Scandinavia from East Asia because sea level rise rendered most of Japan uninhabitable. This was originally mentioned in the novel, but after early feedback I left it out as unnecessary information. The decision seems to divide readers – some long for an explanation, others feel the book is better for the absence of it.

TQ:  What inspired you to write Memory of Water?

Emmi:  I was interested in Japanese tea culture and its connection to Zen Buddhism. I had also been reading a lot about climate change and its impact on freshwater resources. These two things combined in my head to create an image of the main character: a young woman preparing tea in a future world where freshwater had become a precious commodity. This contained the main elements of the story in a nutshell.

TQ:  What sort of research did you do for Memory of Water?

Emmi:  My research focused on Asian tea cultures, particularly the Japanese chadō, or Way of Tea, and the impacts of climate change. I got quite fascinated by how sea level rise would change the geography of the world and contaminate freshwater areas. I read scientific articles, journalism and fiction on these topics. It was important to me to try to make the imaginary future world consistent and credible.

Emmi:  I would have to say that Noria, the main character, was the easiest and hardest at the same time. I had to get inside her head, understand her choices even when I didn't agree with them and get her voice right. After a while it seemed to come easily, but I eventually grew so attached to the character that it was hard to put her through everything she has to go through. It was also difficult to let her go. The emotional intensity of the experience took me by surprise.

TQ:  Give us one or two of your favorite non-spoilery lines from Memory of Water.

Emmi:  “Secrets carve us like water carves stone. If we let another person into the silent space a secret has made within us, we are no longer alone there.”

Emmi:  I'm now working on my second novel, which has some themes in common with Memory of Water but is set in an entirely different world. It takes place on a slowly sinking island where dreaming is forbidden. I'm interested in what happens if we lose something we tend to take for granted – in Memory of Water, it's easy access to freshwater; in the next book, it's dreams.

Emmi:  Thank you – I'm so pleased to be part of your Debut Author Challenge, and am looking forward to reading more about the other participants. 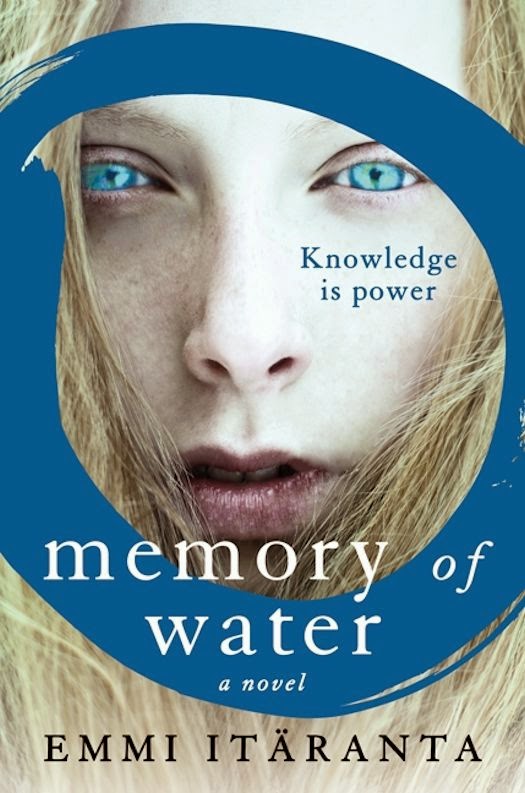 The award-winning speculative debut novel, now in English for the first time!

In the far north of the Scandinavian Union, now occupied by the power state of New Qian, seventeen-year-old Noria Kaitio studies to become a tea master like her father. It is a position that holds great responsibility and a dangerous secret. Tea masters alone know the location of hidden water sources, including the natural spring that once provided water for her whole village. When Noria's father dies, the secret of the spring reaches the new military commander . . . and the power of the army is vast indeed. But the precious water reserve is not the only forbidden knowledge Noria possesses, and resistance is a fine line.

Threatened with imprisonment, and with her life at stake, Noria must make an excruciating, dangerous choice between knowledge and freedom.

Emmi Itäranta (b. 1976) was born in Tampere, Finland, where she also grew up. She holds an MA in Drama from the University of Tampere and an MA in Creative Writing from the University of Kent, UK, where she began writing her debut novel Memory of Water. She later completed the full manuscript in Finnish and English. In 2011, the novel won the Fantasy and Sci-fi Literary Contest organised by the Finnish publishing house Teos. It was published to enthusiastic reviews in Finland in 2012 under the title Teemestarin kirja. Translation rights to the award-winning novel have been sold in 14 territories to date. Itäranta’s professional background is an eclectic blend of writing-related activities, including stints as a columnist, theatre critic, dramaturge, scriptwriter and press officer. She lives in Canterbury, UK, and is currently writing her second novel.

What:  One entrant will win a Trade Paperback copy of Memory of Water by Emmi Itäranta from The Qwillery.

Who and When:  The contest is open to all humans on the planet earth with a mailing address. Contest ends at 11:59PM US Eastern Time on June 20, 2014. Void where prohibited by law. No purchase necessary. You must be 18 years old or older to enter.