Guest Blog by Elisabeth Staab, author of the Chronicles of Yavn - June 2, 2014


Please welcome the fabulous Elisabeth Staab to The Qwillery. Hunter by Night, the 3rd novel in the Chronicles of Yavn, is out tomorrow! 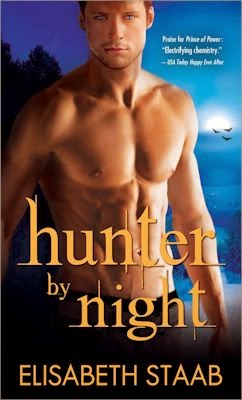 Keeping it all Together… Or not.

Tell you a secret: I’m honestly not organized. Like, at all. My home is where left socks, spare keys, and paperclips go to spend their twilight years.

My brother in law is coming to visit, so I went out to buy new towels. No, we have some already, I just don’t know where any of them are. Yes, a sane and normal person would simply look for them. Or… wait for it… have them in a designated spot. But I haven’t put my laundry away in weeks because it gets in the way of my doing-stuff-I-like-better-than-laundry time, and sometimes my children like to “help” put things away.

Good of them, right?

Really, looking through all the baskets of clean clothes with small children following me around? Well, I don’t know what your definition of insanity is, but personally that is one of mine. Ten cents says that after two hours, I give up on the search only to find my kids have built a fort out of the very towels I’d been looking for in the first place. Then mommy turns into the Hulk. With a drinking problem.

This situation is pretty representative of my life in a nutshell. When you take the extra time to do things right the first time, like “Hey, let’s put that laundry straight in the drawers instead of dumping it in a pile on the chair so then it’ll get accidentally tossed on the floor and have to get washed all over again,” you get it done fast. Usually, better. But…

Doing things right the first time takes a lot of things. Patience, planning, and presence of mind to name a few.

When I started the Chronicles of Yavn series, my youngest child was a newborn. I also had a two year old, a cat, a stepson, and a geriatric dog in my care. If you’ve had any of those things in your life, you’ll understand why I didn’t have any of the above “P” items on my list. Most days, I was lucky if I ever managed to remember the important fourth “P,” pants.

So I had this really great idea when I was rocking my newborn son to sleep that I’d start writing a book about vampires, because I loved vampires. Why not, right? I started writing. And I kept writing. And more characters showed up, so I wrote about them too… This ended up becoming King of Darkness, the first book in my Chronicles of Yavn series.

I hadn’t planned at first on getting published, or on a series, not exactly. At first King of Darkness was only the experience writing a story to see where it would go. I thought it would be something I could do while the kids were napping. Something to keep me sane, to give me a world to play in amidst sippy cups and screaming and putting my toddler in baby jail for kicking the dog. Again. I could use adult words that were four-letters long, and sentences with many, many syllables! The excitement was out of control.

I did not have the presence of mind to do the things one ought to do when starting a series. I hear programs like OneNote or Scrivener are fantastic for keeping a series bible and research all neatly compiled. If you’re starting a series, you should check that stuff out.

I hear plotting is a good idea.

Yeah, I didn’t do that either.

Do I wish I had? Oh hell yes. I had to stop winging-it halfway through book two, Prince of Power, so that I could plot the rest of the series, and eventually I did add a “series bible” with basic world building rules and character stuff, information, locations, and things I kept forgetting like the color of the kitchen countertops. My low-tech way of handling things came when I was on-deadline, trying to handle heavy edits, and I’d had to look up a secondary character’s eye color for the fifth time. I wound up dumping a ton of information into a couple of Word documents and periodically I had to go on a hunt.

Not pretty, not perfect, although I’m not sure if any solution is. I do wish I’d started keeping track at the beginning. At least I had on pants.

Some things though, you just remember. My hero in Hunter by Night, Lee, his eyes are blue. Vivid, otherworldly blue, and I will always remember because I can see him so clearly in my head. His heroine, Alexia, never has her natural hair color because she doesn’t like her natural color, so her hair is usually blonde. She also loves techno, and collects mugs.

These details stick in my head because they relate to the characters themselves, their histories, and what will eventually make them come together as a couple. I’ve been following Lee and Alexia for three books now, and their personal buttons, what music they love and what makes them angry, those are the things I keep in my heart.

Kitchen counters? Harder to remember. So are pants.

So having put together a “bible” document has helped tremendously in finishing out the trilogy, and Hunter by Night is a stronger book for that effort. I’m sure though that accidents still happened. Even with beta readers, editors, and myself going over a book before it sees daylight, changes happen during editing or a child/cat/zombie commandeers your keyboard while you’re on a bathroom break, or God knows what. Editing gnomes? Sometimes I wonder.

I think all authors do our best to ensure their world is as tight and solid as it can be, both for the readers and for their characters. In whatever way they can. I think the key is not to try to keep the minutiae in your head, however you choose to track it. Or next thing you know you’ll be leaving home in your penguin jammies and bunny slippers. Not that I’d know from experience, or anything. ;-) 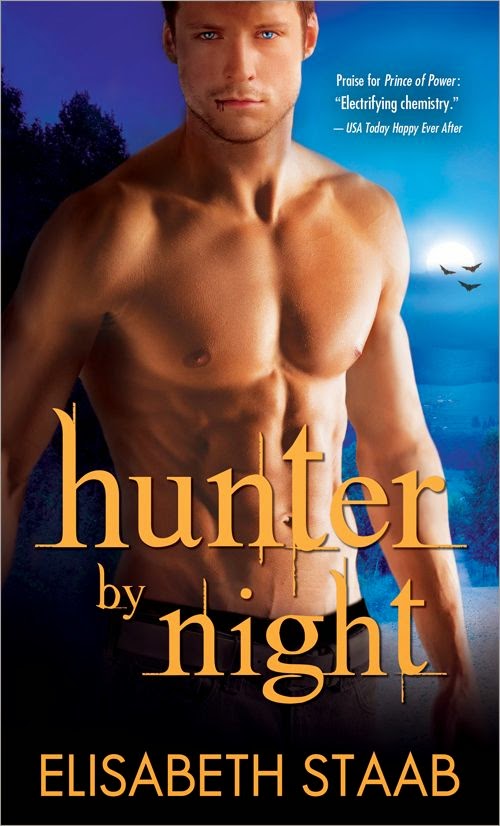 She wants out
Party girl Alexia Blackburn is only hanging around the vampire compound until her best friend—the queen—has her baby. After that, nothing is going to stop Alexia from getting back to daylight, safety, and feeling like a normal human being. But leaving the vampire world has one big catch…

He needs her to stay
Head of vampire security Lee Goram has hated and distrusted humans for centuries. Feeding on vampire blood has kept him strong…but now it’s killing him—and he’s horrified to discover that Alexia may hold the key to his cure. He’d rather die defending his king than admit his weakness, but time is running out for the great vampire warrior… 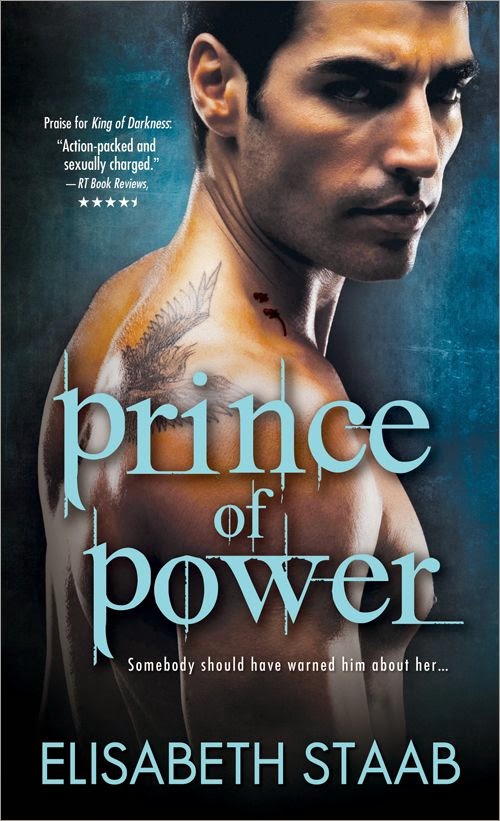 This Fight Is Personal...

Wizards and vampires have been mortal enemies since the beginning. Now Anton, son of the Wizard Master, has one last chance to steal the unique powers of the vampire king's beautiful sister, Tyra...and then kill her. But when he meets Tyra face-to-face, everything changes...

Tyra will stop at nothing to defeat the wizards, until Anton saves her life and she suddenly sees an opportunity she never could have imagined...

As the sparks ignite between them, together they could bring an end to the war that's decimating their people, but only if they can find a way to trust each other... 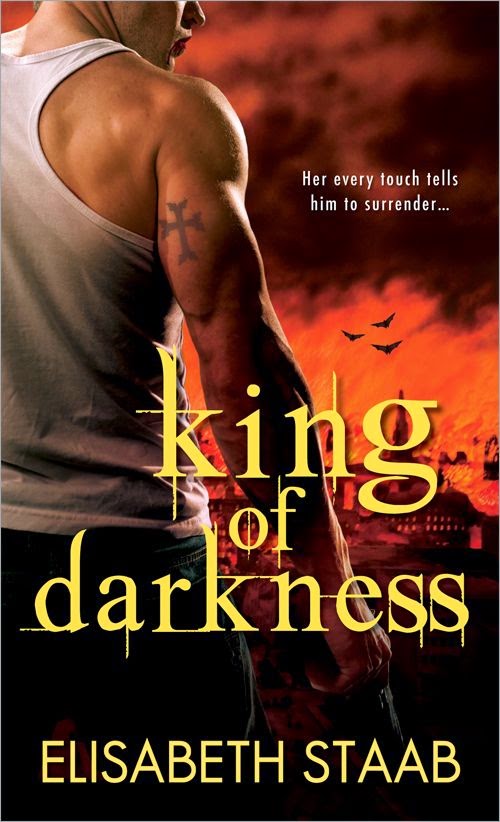 ETERNAL COMMITMENT IS NOT ON HER AGENDA...
Scorned by the vampire community for her lack of power, Isabel Anthony lives a carefree existence masquerading as human—although drifting through the debauched human nightlife, she prefers the patrons' blood to other indulgences. But when she meets the sexy, arrogant king of the vampires, this party-girl's life turns dark and dangerous.

BUT TIME'S RUNNING OUT FOR THE KING OF THE VAMPIRES...
Dead-set on finding the prophesied mate who will unlock his fiery powers, Thad Morgan must find his queen before their race is destroyed. Their enemies are gaining ground, and Thad needs his powers to unite his subjects. But when his search leads him to the defiant Isabel, he wonders if fate had gotten it seriously wrong... 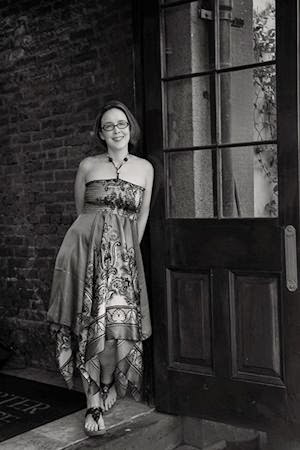 Elisabeth Staab still lives with her nose in a book and at least one foot in an imaginary world. She believes that all kinds of safe and sane love should be celebrated but she adores the fantasy-filled realm of paranormal romance the best. She loves to spend time with good friends, good music, good beverages, and good books (when she isn't making characters fall in love, that is). She lives with her family and one big scaredy-cat in Northern Virginia, outside of Washington DC.

What:  One entrant will win a her/his choice of Hunter by Night, Prince of Power, or King of Darkness by Elisabeth Staab from The Qwillery.

Who and When:  The contest is open to all humans on the planet earth with a mailing address. Contest ends at 11:59PM US Eastern Time on June 11, 2014. Void where prohibited by law. No purchase necessary. You must be 18 years old or older to enter.