Angry Robot Books has revealed the cover for The Blue Blazes, the first novel in the Mookie Pearl series by Chuck Wendig.  The cover is by Joey Hi-Fi, who also did the covers for the Miriam Black novels - Blackbirds and Mockingbird. 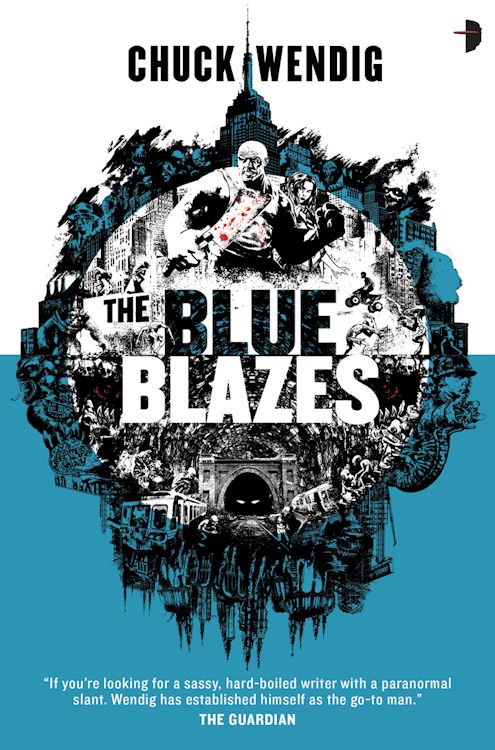 Criminal underworld? He runs in it.

Supernatural underworld? He hunts in it.

Nothing stops Mookie when he’s on the job.

But when his daughter takes up arms and opposes him, something’s gotta give…

There is so much to see in this cover. I think it's wonderful!