Made in Korea Coming in May

NEW SCI-FI MINISERIES MADE IN KOREA TO EXPLORE A.I. FUTURE WHEN IT HITS SHELVES IN MAY 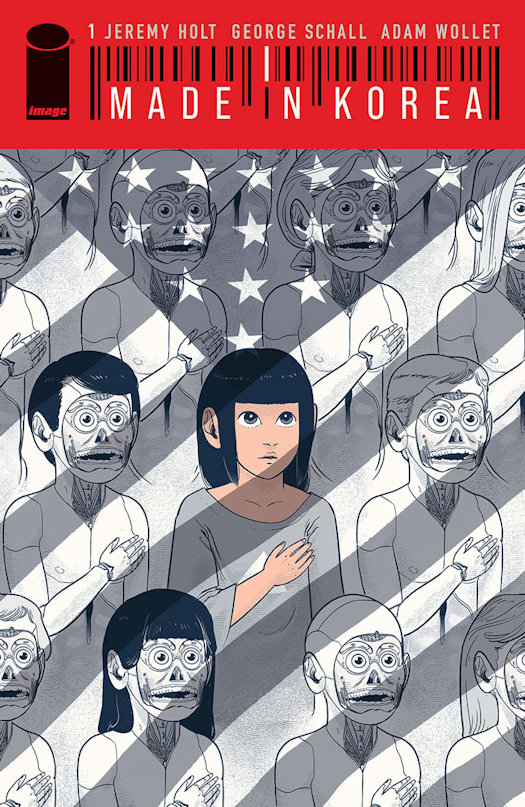 Before Houdini) joins breakout artist George Schall (Planet of the Apes, Chasing Echoes) for a new science fiction story titled Made In Korea. The six issue miniseries will launch from Image Comics this May.

"As an identical triplet and Korean adoptee, I wanted to explore my own self-exploration of identity through the lens of science-fiction,” said Holt. “I think anyone that is looking for a new take on an Artificial Intelligence story will thoroughly enjoy what George and I have crafted."

In Made In Korea, readers will follow Jesse, the world’s first true A.I. system, on an exciting exploration of what it means to be a family in an age when biological parenthood is no longer a reality.

Schall added: “In a genre that often feels old because of how fast our world evolves, Jeremy has managed to write a story that feels both very personal and relevant to this day. Doesn't matter if you're a sci-fi fan or not, there's something everyone will be able to relate to in this comic."

Made In Korea #1 is scheduled to hit shelves in time for Asian American and Pacific Islander Heritage Month and will be available at comic book shops on Wednesday, May 26.

Made In Korea #1 will also be available for purchase across many digital platforms, including Amazon Kindle, Apple Books, comiXology, and Google Play. 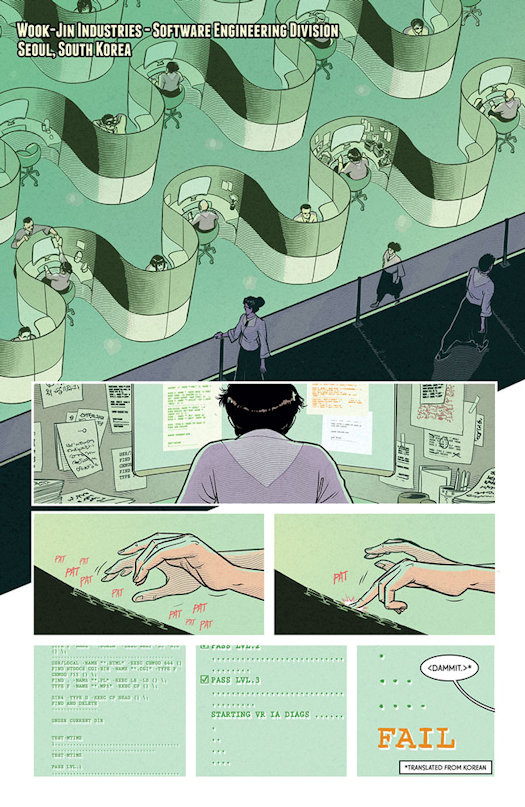 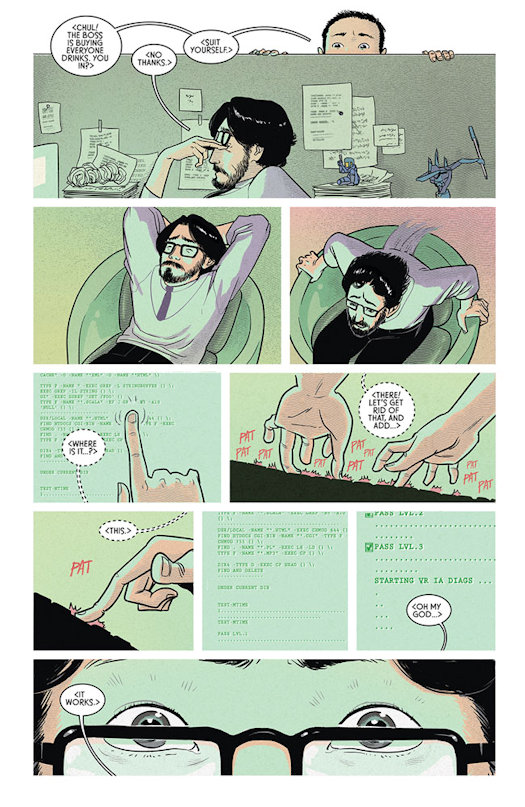 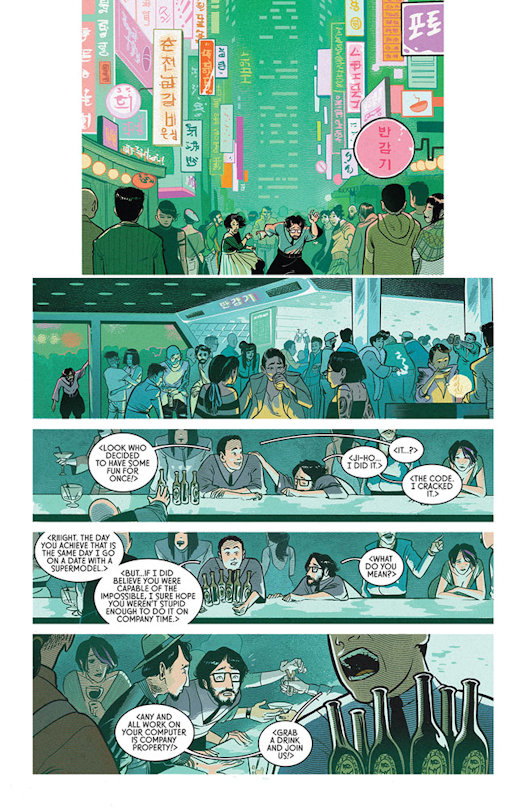 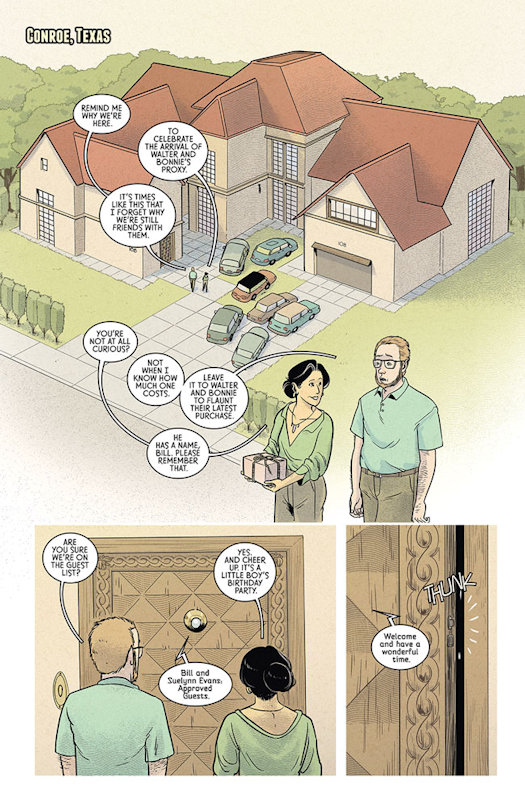 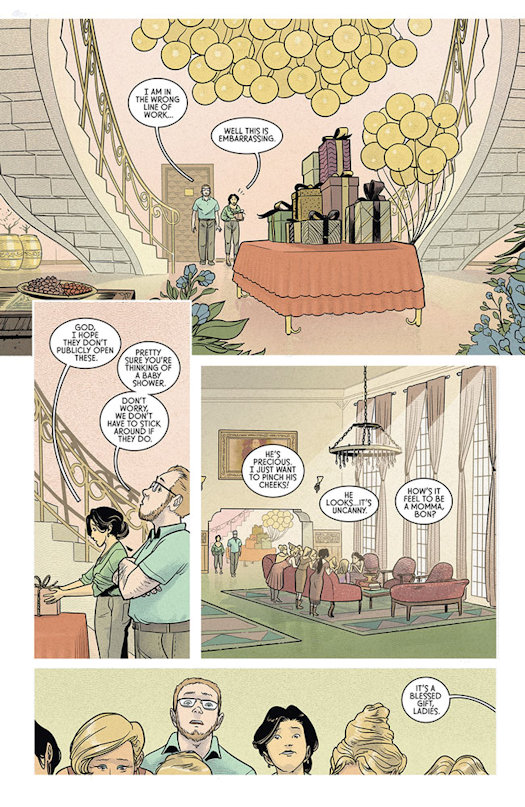 ABOUT IMAGE COMICS
Image Comics is a comic book and graphic novel publisher founded in 1992 by a collective of bestselling artists. Image has since gone on to become one of the largest comics publishers in the United States. Image currently has six individuals on the Board of Directors: Robert Kirkman, Erik Larsen, Todd McFarlane, Marc Silvestri, Jim Valentino, and Eric Stephenson. It consists of five major houses: Todd McFarlane Productions, Top Cow Productions, Shadowline Comics, Skybound Entertainment, and Image Central. Image publishes comics and graphic novels in nearly every genre, sub-genre, and style imaginable. It offers science fiction, fantasy, romance, horror, crime fiction, historical fiction, humor and more by the finest artists and writers working in the medium today. For more information, visit www.imagecomics.com.
Posted by Qwill at 8:17 AM