SAVAGE DRAGON IS A FORCE TO BE RECKONED WITH THIS MAY
PORTLAND, Ore. 02/17/2021 — In response to popular Savage Dragon fandom 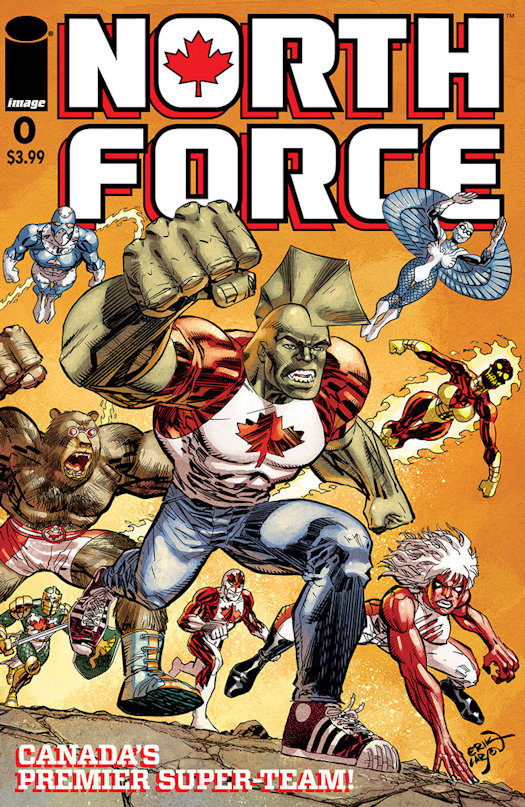 demand, Image Comics partner Erik Larsen will rework and reformat Savage Dragon #259 for release this May as North Force #0.

North Force #0 is a new presentation of the highly collectible issue in the long running series and will shine a spotlight on an all-new Canadian super team. Letters pages and funnies have been replaced with bios for team members. The Canadian super-team North Force is looking to recruit a new member to their team: Malcolm Dragon.

"When North Force was introduced in Savage Dragon #255 I knew they were something special and reader response has been overwhelming," said Larsen. "This representation of Savage Dragon #259 focuses on the team in a more in depth fashion with bio pages and more!"

North Force #0 (Diamond Code MAR210085) will be available at comic book shops on Wednesday, May 5.

North Force #0 will also be available for purchase across many digital platforms, including Amazon Kindle, Apple Books, comiXology, and Google Play.

ABOUT IMAGE COMICS
Image Comics is a comic book and graphic novel publisher founded in 1992 by a collective of bestselling artists. Image has since gone on to become one of the largest comics publishers in the United States. Image currently has six individuals on the Board of Directors: Robert Kirkman, Erik Larsen, Todd McFarlane, Marc Silvestri, Jim Valentino, and Eric Stephenson. It consists of five major houses: Todd McFarlane Productions, Top Cow Productions, Shadowline Comics, Skybound Entertainment, and Image Central. Image publishes comics and graphic novels in nearly every genre, sub-genre, and style imaginable. It offers science fiction, fantasy, romance, horror, crime fiction, historical fiction, humor and more by the finest artists and writers working in the medium today. For more information, visit www.imagecomics.com.
Posted by Qwill at 4:00 PM