The February debut authors and their novels are listed in alphabetical order by author (not book title or publication date). Take a good look at the covers. Voting for your favorite February cover for the 2021 Debut Author Challenge Cover Wars will take place starting on or about February 15, 2021.
Priyanka Champaneri
The City of Good Death
Restless Books, February 23, 2021
Hardcover and eBook, 448 pages 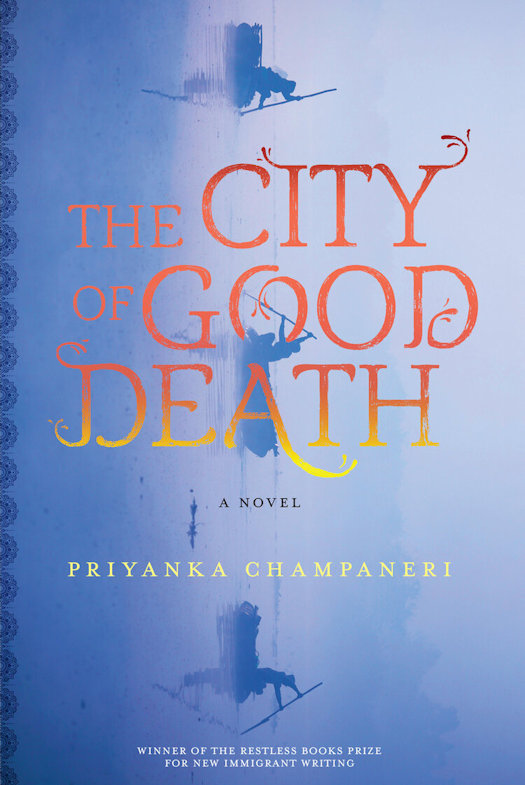 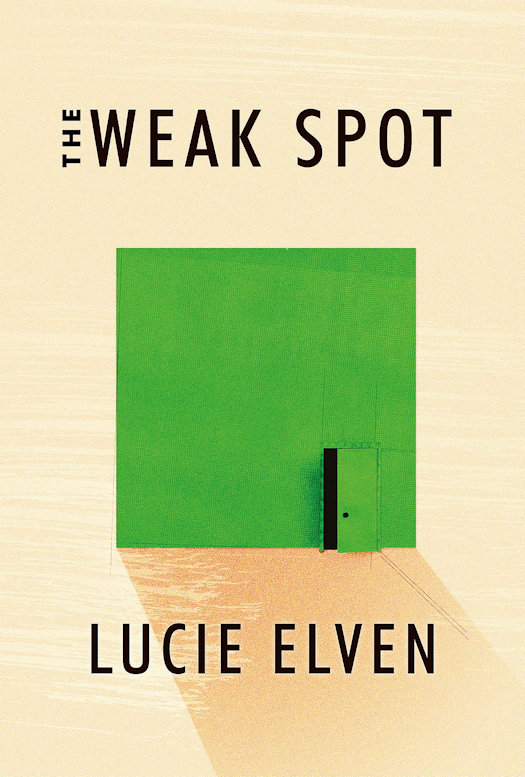 A woman discovers something toxic at work in the isolated village where she is apprenticing as a pharmacist, in this fable-like novel about power, surveillance, prescriptions, and cures by a captivating debut voice.
On a remote mountaintop somewhere in Europe, accessible only by an ancient funicular, a small pharmacy sits on a square. As if attending confession, townspeople carry their ailments and worries through its doors, in search of healing, reassurance, and a witness to their bodies and their lives.
One day, a young woman arrives in the town to apprentice under its charismatic pharmacist, August Malone. She slowly begins to lose herself in her work, lulled by stories and secrets shared by customers and colleagues. But despite her best efforts to avoid thinking and feeling altogether, as her new boss rises to the position of mayor, she begins to realize that something sinister is going on around her.
The Weak Spot is a fable about our longing for cures, answers, and an audience–and the ways it will be exploited by those who silently hold power in our world. 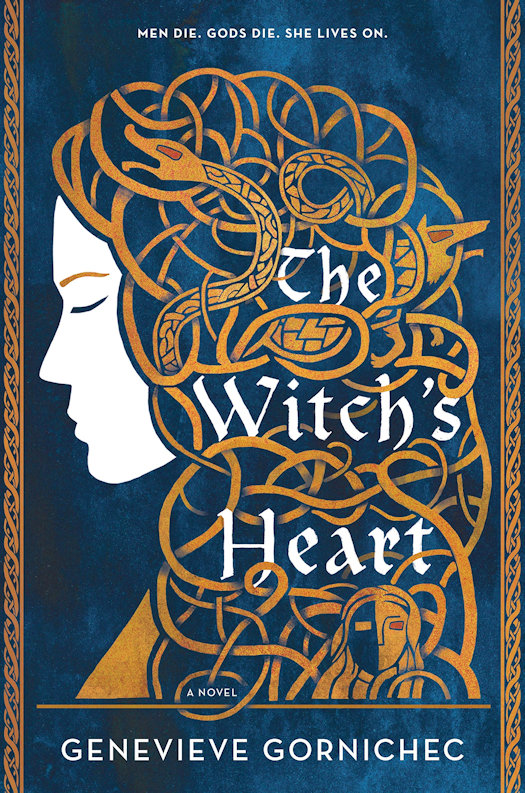 When a banished witch falls in love with the legendary trickster Loki, she risks the wrath of the gods in this moving, subversive debut novel that reimagines Norse mythology.
Angrboda’s story begins where most witches’ tales end: with a burning. A punishment from Odin for refusing to provide him with knowledge of the future, the fire leaves Angrboda injured and powerless, and she flees into the farthest reaches of a remote forest. There she is found by a man who reveals himself to be Loki, and her initial distrust of him transforms into a deep and abiding love.
Their union produces three unusual children, each with a secret destiny, who Angrboda is keen to raise at the edge of the world, safely hidden from Odin’s all-seeing eye. But as Angrboda slowly recovers her prophetic powers, she learns that her blissful life—and possibly all of existence—is in danger.
With help from the fierce huntress Skadi, with whom she shares a growing bond, Angrboda must choose whether she’ll accept the fate that she’s foreseen for her beloved family…or rise to remake their future. From the most ancient of tales this novel forges a story of love, loss, and hope for the modern age. 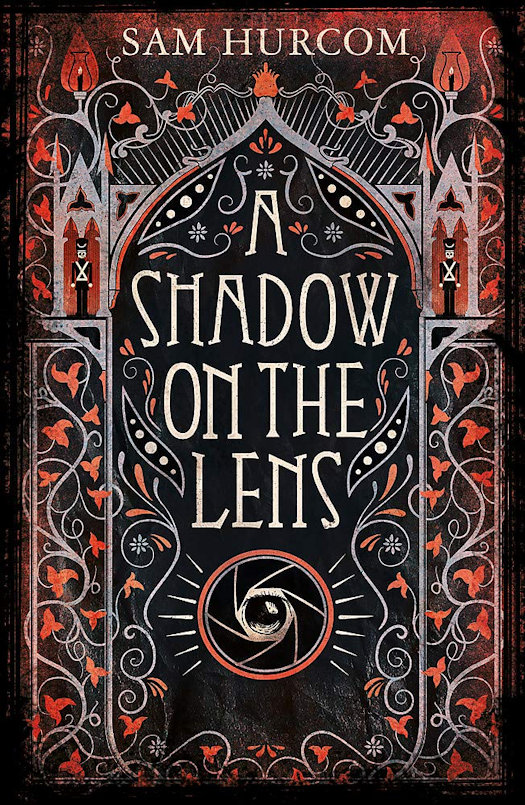 The stifling, atmospheric, gothic crime novel with a unique protagonist and killer twist, perfect for fans of The Woman in Black, The Silent Companions, and Little Strangers
****************
1904. Thomas Bexley, one of the first forensic photographers, is called to the sleepy Welsh village of Dinas Powys. A yound girl named Betsan Tilny has been found murdered in the woodland.
One night, he develops the crime scene photographs in the cellar of his lodgings. There, he finds a face dimly visible in the photographs - the shadowed spectre of Betsan Tilny.
In the days that follow, Thomas senses a growing presence watching him as he tries to uncover what the villagers of Dinas Powys are so intent on keeping secret...
****************
'Gothic, claustrophobic and wonderfully dark' - GUARDIAN
'Top notch historical crime fiction, with a dash of the supernatural. A gorgeous book and a riveting tale' - DAVID YOUNG
'An intriguing debut' - THE TIMES 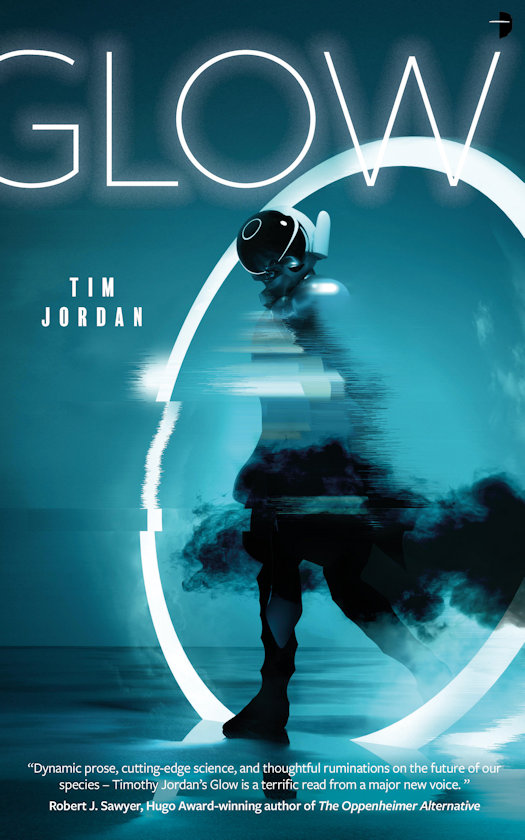 A man battles his addiction to a devastating nanotech drug that steals identities and threatens the survival and succession of mankind as a galactic species.
After the Nova-Insanity shattered Earth’s civilization, the Genes and Fullerenes Corporation promised to bring humanity back from the brink. Many years later, various factions have formed, challenging their savior and vying for a share of power and control.
Glow follows the lives of three very different beings, all wrestling mental instability in various forms; Rex – a confused junkie battling multiple voices in his head; Ellayna – the founder of the GFC living on an orbital satellite station and struggling with paranoia; and Jett – a virtually unstoppable robotic assassin, questioning his purpose of creation.
All of them are inextricably linked through the capricious and volatile Glow; an all controlling nano-tech drug that has the ability to live on through multiple hosts, cutting and pasting memories and personas in each new victim.
In this tech-crazed world where nothing seems impossible, many questions are posed: what makes us who we are? What is our ultimate purpose and place in this world? And, most frightening of all, what are we capable of doing to survive?
File Under: Science Fiction [ Hivemind | One More Fix | No Escape | Run Like Hell ] 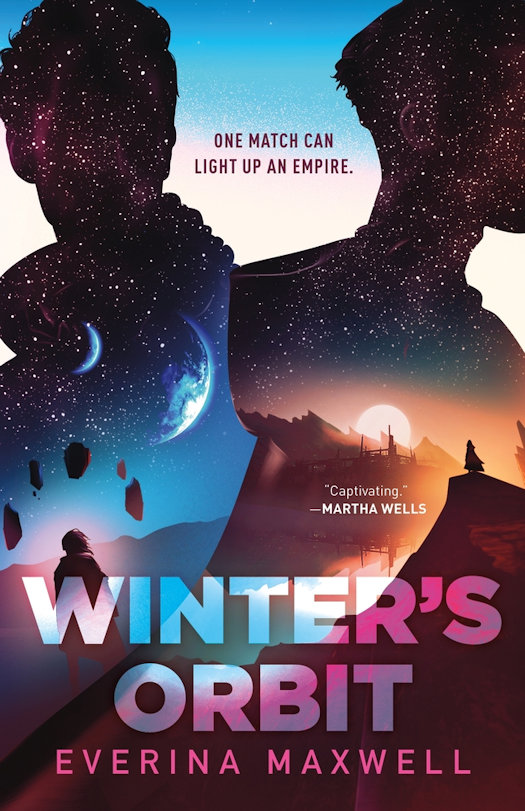 Ancillary Justice meets Red, White & Royal Blue in Winter’s Orbit, Everina Maxwell’s gut-wrenching and romantic debut.
A famously disappointing minor royal and the Emperor's least favorite grandchild, Prince Kiem is summoned before the Emperor and commanded to renew the empire's bonds with its newest vassal planet. The prince must marry Count Jainan, the recent widower of another royal prince of the empire.
But Jainan suspects his late husband’s death was no accident. And Prince Kiem discovers Jainan is a suspect himself. But broken bonds between the Empire and its vassal planets leaves the entire empire vulnerable, so together they must prove that their union is strong while uncovering a possible conspiracy.
Their successful marriage will align conflicting worlds.
Their failure will be the end of the empire. 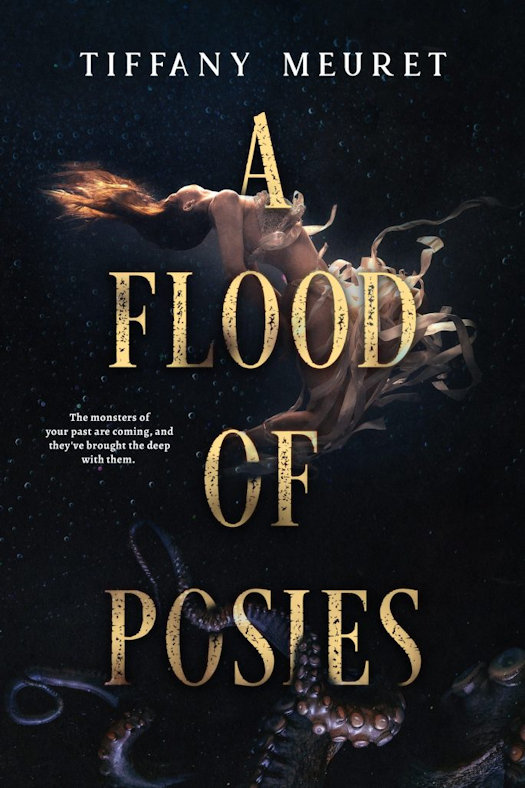 It's 2025.
Sisters, Doris and Thea, exist worlds apart, despite living within a few miles of one another. Doris with her regular home and regular husband and regular job, and Thea slinking along the edges of society, solitary and invisible. When a storm of biblical proportions strikes, the wayward sisters are begrudgingly forced together as the the rain waters rise, each attempting to survive both the flood and each other.
One year later, Thea—now calling herself Sestra—floats throughout a ravaged, flood soaked world. Her former life drowned beneath metric tons of water, she and her only companion, Robert, battle starvation, heat stroke, and the monstrous creatures called Posies that appeared alongside the flood. When they run across what they assume to be an abandoned tugboat, their journey takes a new turn, and the truth about the flood and the monsters seems more intricately linked to Thea's past then she may realize. 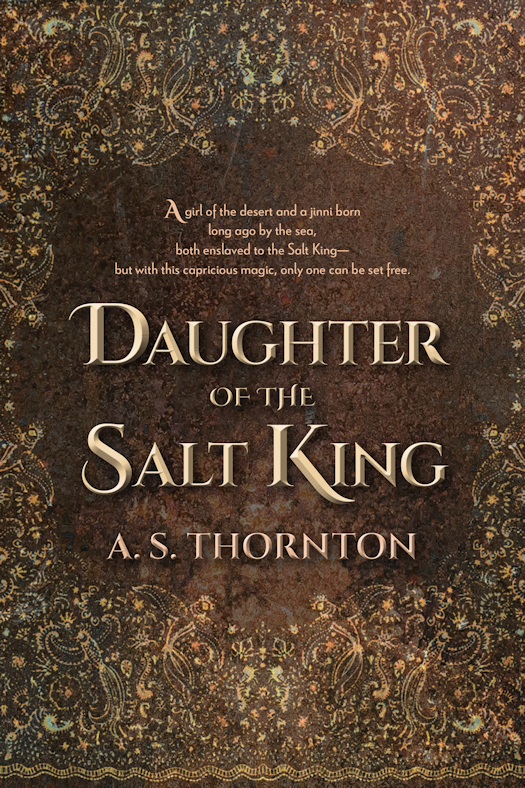 As a daughter of the Salt King, Emel ought to be among the most powerful women in the desert. Instead, she and her sisters have less freedom than even her father's slaves . .. for the Salt King uses his own daughters to seduce visiting noblemen into becoming powerful allies by marriage.
Escape from her father’s court seems impossible, and Emel dreams of a life where she can choose her fate. When members of a secret rebellion attack, Emel stumbles upon an alluring escape route: her father’s best-kept secret—a wish-granting jinni, Saalim.
But in the land of the Salt King, wishes are never what they seem. Saalim’s magic is volatile. Emel could lose everything with a wish for her freedom as the rebellion intensifies around her. She soon finds herself playing a dangerous game that pits dreams against responsibility and love against the promise of freedom. As she finds herself drawn to the jinni for more than his magic, captivated by both him and the world he shows her outside her desert village, she has to decide if freedom is worth the loss of her family, her home and Saalim, the only man she’s ever loved. 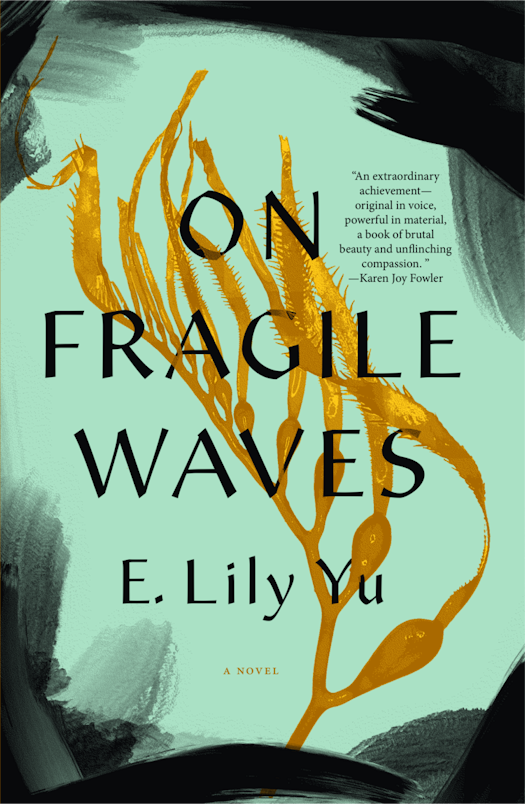 The haunting story of a family of dreamers and tale-tellers looking for home in an unwelcoming world.
Firuzeh and her brother Nour are children of fire, born in an Afghanistan fractured by war. When their parents, their Atay and Abay, decide to leave, they spin fairy tales of their destination, the mythical land and opportunities of Australia.
As the family journeys from Pakistan to Indonesia to Nauru, heading toward a hope of home, they must rely on fragile and temporary shelters, strangers both mercenary and kind, and friends who vanish as quickly as they’re found.
When they arrive in Australia, what seemed like a stable shore gives way to treacherous currents. Neighbors, classmates, and the government seek their own ends, indifferent to the family’s fate. For Firuzeh, her fantasy worlds provide some relief, but as her family and home splinter, she must surface from these imaginings and find a new way.
This exquisite and unusual magic realist debut, told in intensely lyrical prose by an award winning author, traces one girl’s migration from war to peace, loss to loss, home to home.