Here are some of the upcoming works by formerly featured Debut Author Challenge (DAC) Authors! The year in parentheses is the year the author was featured in the DAC.
Eugen Bacon (2019)
The Road to Woop Woop and Other Stories
Meerkat Press, December 1, 2020
Trade Paperback and eBook, 202 pages 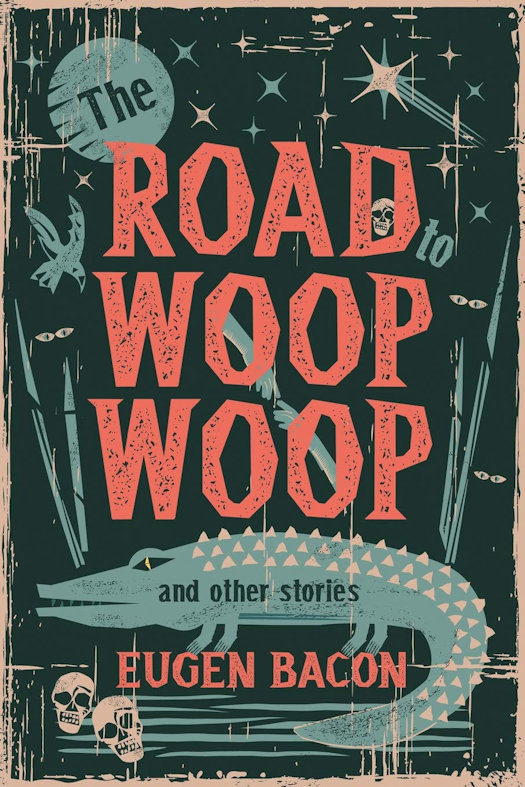 Eugen Bacon’s work is deemed cheeky with a fierce intelligence in text that’s resplendent, delicious, dark and evocative. NPR called her novel Claiming T-Mo ‘a confounding mysterious tour de force’. The Road to Woop Woop and Other Stories imbues the same lushness in a writerly language that is Bacon’s own. This peculiar hybrid of the untraditional, the extraordinary within, without and along the borders of normalcy will hypnotise and absorb the reader with tales that refuse to be labelled. The stories in this collection are dirges that cross genres in astounding ways. Over 20 provocative tales, with seven original to this collection, by an award-winning African Australian author. 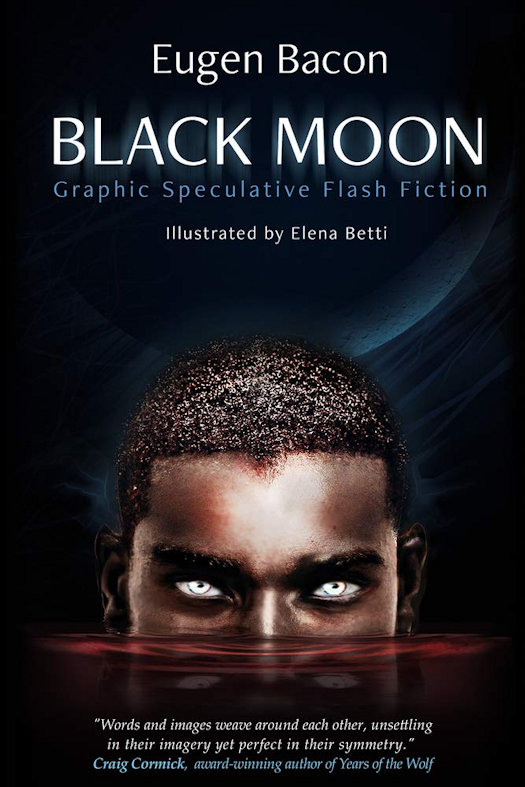 Black Moon is an illustrated collection of speculative flash fiction interspersed with prose poetry. It carries themes of love and war, life and the afterlife, hope and despair. It is a philosophical assortment that questions normalcy, embraces opposition, and takes a keen interest on peculiarity. It will appeal to curious lovers of literary dark fantasy and all places in between. 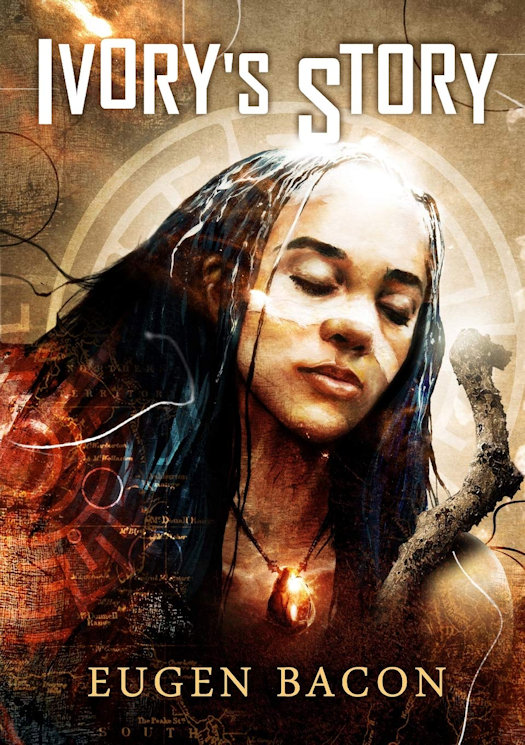 Long ago, a good man transgressed and was brutally punished, his physical form killed and his soul split asunder. Now, one half of his ancient soul seeks to reunite with its lost twin, a search that leaves murder in its wake…
In the streets of modern day Sydney a killer stalks the night, slaughtering innocents, leaving bodies mutilated. The victims seem unconnected, yet Investigating Officer Ivory Tembo is convinced the killings are anything but random. The case soon leads Ivory into places she never imagined. In order to stop the killings and save the life of the man she loves, she must reach deep into her past, uncover secrets of her heritage, break a demon’s curse, and somehow unify two worlds.
Ivory's Story deftly combines the contemporary thriller with darker, older traditions, and marks the arrival of an exciting new voice on the genre fiction scene.
“Bacon masterfully blends myth, heritage, and self-discovery in this impressive, genre-defying work of speculative fiction... Writing with sharp, insightful prose, Bacon delivers a taut thriller that dives deep into its distinctive protagonist’s internal life and family history. Seasoned speculative fiction readers will be wowed by Bacon’s careful, layered worldbuilding, well-developed characters, and otherworldly atmosphere. This deserves a wide audience.” – Publisher’s Weekly [Starred Review]
“Eugen Bacon’s latest novel has a lot going for it. A lot… if the reader is adventurous enough, Ivory’s Story will both startle and seduce.” – Locus
“Not a word is wasted. This isn’t writing by rote, not a book surfing the expectancies of fantasy fiction, but one which brims with descriptive prose, where the movement of the words form the story, similar to the physical brushstrokes of a painting carrying the eye. Ivory’s Story is a fast-paced organic fantasy shone through a poet’s timbre and I loved it.” – Black Static
“A new star is born in the emerald skies of Fantasy, and its name is Eugen Bacon.” – Nuzo Onoh, author of The Reluctant Dead
“Bacon expertly weaves a speculative world with harsh and mundane realities to form a lush and magical tale about the importance of love and the courage needed to face the demons of this world and the next. Highly recommended.” – Nick Wood, author of Azanian Bridges
“Transformation and identity are the themes connecting chapters that dance and shift in each other’s light. The book’s final third revels in imaginative potential, where Bacon shows us sumptuous glens and hidden courts. She also reminds that nature and time live within us, and are capable of healing anything.” – Andromeda Spaceways Magazine
“If you're looking out for an epic tale that will certainly stand apart from your usual fare, that is written with great passion and feeling, this one may well hit the mark.” – Nerine Dorman Reviews
“Ivory's Story speaks of places and moments that bind us. The myths and mysteries that draw us in. A powerful blend of African and Australian speculative fiction.” – Dominique Hecq, award-winning poet, novelist, short story writer
“Eugen Bacon is a vital, vibrant voice.” – Lucy Sussex, author of The Scarlet Rider
"Twin-lore, bewitching entities, psychic investigation and urban murder mystery, juxtaposed against wilderness visions. Ivory’s Story is a savoury bouquet of wilderness flavours flash-fried in an offworld skin. An aromatic sense-delight. – Nikhil Singh, author of Club Ded
“A murder mystery, an adventure story and a spiritual journey all rolled up into one, which not only entertains but also leaves us pondering the deeper questions.” – Denise O'Hagan, author of The Beating Heart
Ivory's Story is available as a special edition hardback, signed by the author and limited to just 50 numbered copies, as well as in paperback and ebook editions. 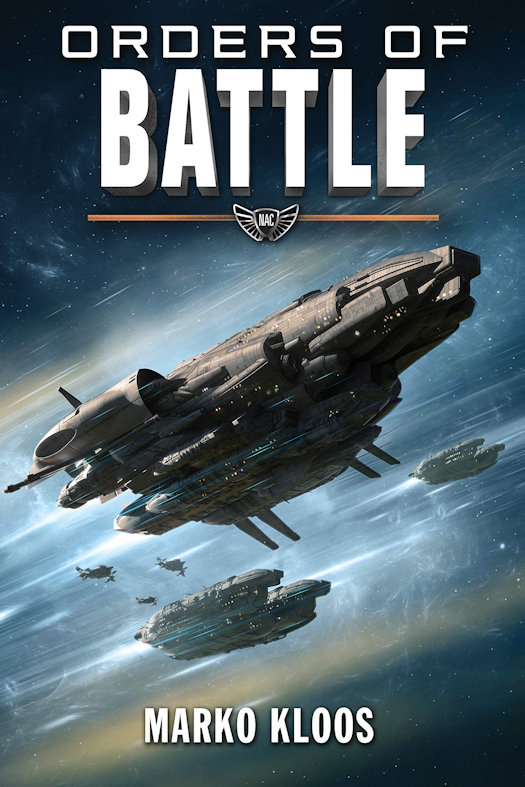 The battle against the Lankies has been won. Earth seems safe. Peacetime military? Not on your life.
It’s been four years since Earth threw its full military prowess against the Lanky incursion. Humanity has been yanked back from the abyss of extinction. The solar system is at peace. For now.
The future for Major Andrew Grayson of the Commonwealth Defense Corps and his wife, Halley? Flying desk duty on the front. No more nightmares of monstrous things. No more traumas to the mind and body. But when an offer comes down from above, Andrew has to make a choice: continue pushing papers into retirement, or jump right back into the fight? What’s a podhead to do?
The remaining Lankies may have retreated in fear, but the threat isn’t over. They need to be wiped out for good before they strike again. That’ll take a new offensive deployment. Aboard an Avenger warship, Andrew and the special tactics team under his command embark on the ultimate search-and-destroy mission. This time, it’ll be on Lanky turf.
No big heroics. No unnecessary risks. Just a swift hit-and-run raid in the hostile Capella system. Blow the alien seed ships into oblivion and get the hell back to Earth. At least, that’s the objective. But when does anything in war go according to plan? 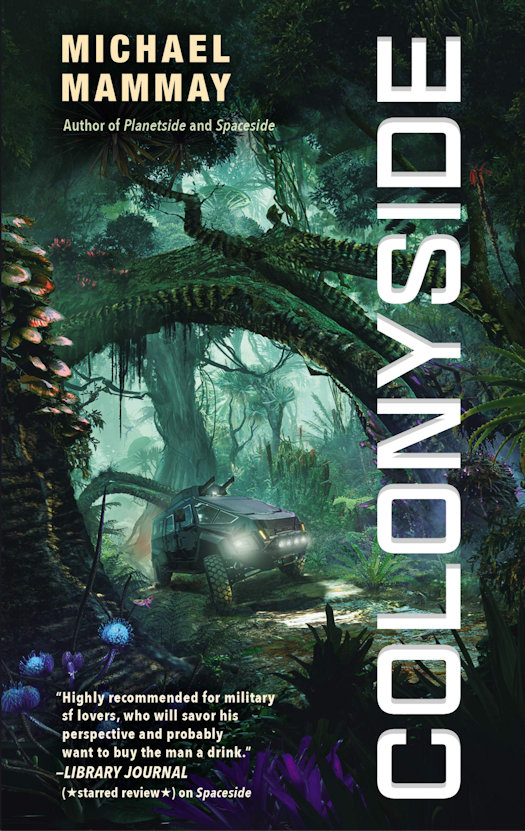 A missing scientist and deep pockets pull Colonel Carl Butler out of retirement, investigating another mystery that puts him and his team--and the future of relations with alien species--in danger in COLONYSIDE, the exciting follow-up to Planetside and Spaceside.
A military hero is coming out of disgrace—straight into the line of fire…
Carl Butler was once a decorated colonel. Now he’s a disgraced recluse, hoping to live out the rest of his life on a backwater planet where no one cares about his “crimes” and everyone leaves him alone.
It’s never that easy.
A CEO’s daughter has gone missing and he thinks Butler is the only one who can find her. The government is only too happy to appease him. Butler isn’t so sure, but he knows the pain of losing a daughter, so he reluctantly signs on. Soon he’s on a military ship heading for a newly-formed colony where the dangerous jungle lurks just outside the domes where settlers live.
Paired with Mac, Ganos, and a government-assigned aide named Fader, Butler dives head-first into what should be an open and shut case. Then someone tries to blow him up. Faced with an incompetent local governor, a hamstrung military, and corporations playing fast and loose with the laws, Butler finds himself in familiar territory. He’s got nobody to trust but himself, but that’s where he works best. He’ll fight to get to the bottom of the mystery, but this time, he might not live to solve it.