Interview with M.C. Planck, author of Sword of the Bright Lady and The Kassa Gambit - September 10, 2014


Please welcome M.C. Planck to The Qwillery. His new novel, Sword of the Bright Lady, was published by Pyr on September 9, 2014. 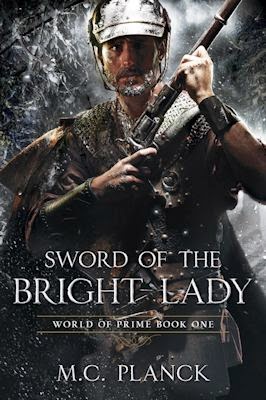 TQ:  Welcome back to The Qwillery. How has your writing process changed (or not) from when you wrote your first published novel, The Kassa Gambit, to Sword of the Bright Lady?

M.C.:  Not so much, as I actually wrote Sword of the Bright Lady years before The Kassa Gambit. It just need a spit, polish, and 30% trim. Ten years of spit and polish, that is.

However, I am finding as I progress through the sequels that I need to do more planning and less seat-of-the-pantsing.

M.C.:  Escaping the articulate whirlpool of distraction that is my four-year old daughter; specifically, the requirement to act out the entire script of “Frozen” three times a day.

TQ:  Please tell us something about your newest book, Sword of the Bright Lady, that we won't find in the book description.

Although I’ve borrowed Mark Twain’s central idea from A Connecticut Yankee in King Arthur’s Court, my book takes it in a rather different direction. And I promise that in the end it doesn’t turn out to be a dream. Twain was probably the last author in the English speaking world who could get away with that plot device. Try it today and your editor will send you anthrax by return post.

TQ:  Sword of the Bright Lady has a very medieval feel to it. What sorts of research have you done for novel?

M.C.:  I’ve read about medieval history for a long time – one excellent starting point I can’t recommend enough is Barbara Tuchman’s A Distant Mirror: The Calamitous 14th Century. It’s a piece of history written almost like a novel, and it gives you a real sense of how life was back then.

For this book I did google a lot about medieval iron-making. And how to make ball-bearings, a process I still don’t fully understand. The most interesting research, however, was making gun powder. My father-in-law is a chemical engineer and an old hand at making black powder (which he did as a boy in post-WWII England). Under his tutelage, and starting with modern refined chemicals, I managed to create a substance that was literally inflammable – as in, it extinguished the match. Apparently it’s not as easy as all that.

TQ:  Please briefly describe the magic system in Sword of the Bright Lady.

M.C.:  It’s a bit unique in that everything is spelled out in very fine detail. You gain discrete ranks and you get specific abilities and spells for each rank. To some extent that removes the sense of wonder and mystery; but the power magic brings is far too important to be left to the kind of airy-fairy feeling-based enterprise typical of fantasy stories. In real life, people would study the heck out of this stuff. All art that can be turned to a profit eventually becomes a science.

The other thing that you discover very quickly is that all of this power comes at a price: ranks are bought by killing people and eating their brains. Of course the civilized folk have made it look a bit more refined, but essentially you can’t have power without death. For psychopaths and monsters this is not really a problem, but for ordinary decent folk it’s a tough line to walk when all of your strength to fight evil stems from eating Uncle Alfie’s soul.

TQ:  Which character in Sword of the Bright Lady surprised you the most?

M.C.:  Karl, one of the common soldiers who serves the Saint. As I was writing the book I realized I needed a minor officer, and suddenly this guy walks up, introduces himself, and starts telling his story. As I was writing him, I did not feel like I was making him up; instead, I just knew his history, his actions and attitudes. I couldn’t have made him do something out-of-character if I tried. I never had to think about what he would do or say in any scene; it was just always obvious. I’ve never quite had that sense of presence from any other character, although they all seem quite real to me.

TQ:  Please give us one or two of your favorite lines from Sword of the Bright Lady.

He could see she was struggling with the concept, but it looked like a fair fight.

M.C.:  The sequel (Gold Throne in Shadow) is already in my editor’s hands, and the third one is almost finished. After that I think there are two more. 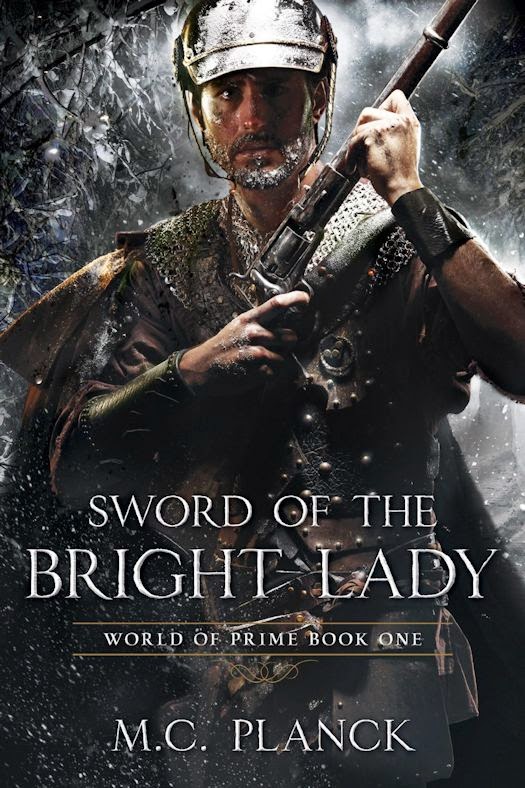 Christopher Sinclair goes out for a walk on a mild Arizona evening and never comes back. He stumbles into a freezing winter under an impossible night sky, where magic is real-but bought at a terrible price.

A misplaced act of decency lands him in a brawl with an arrogant nobleman and puts him under a death sentence. In desperation he agrees to be drafted into an eternal war, serving as a priest of the Bright Lady, Goddess of Healing. But when Marcius, god of war, offers the only hope of a way home to his wife, Christopher pledges to him instead, plunging the church into turmoil and setting him on a path of violence and notoriety.

To win enough power to open a path home, this mild-mannered mechanical engineer must survive duelists, assassins, and the never-ending threat of monsters, with only his makeshift technology to compete with swords and magic.

But the gods and demons have other plans. Christopher's fate will save the world…or destroy it. 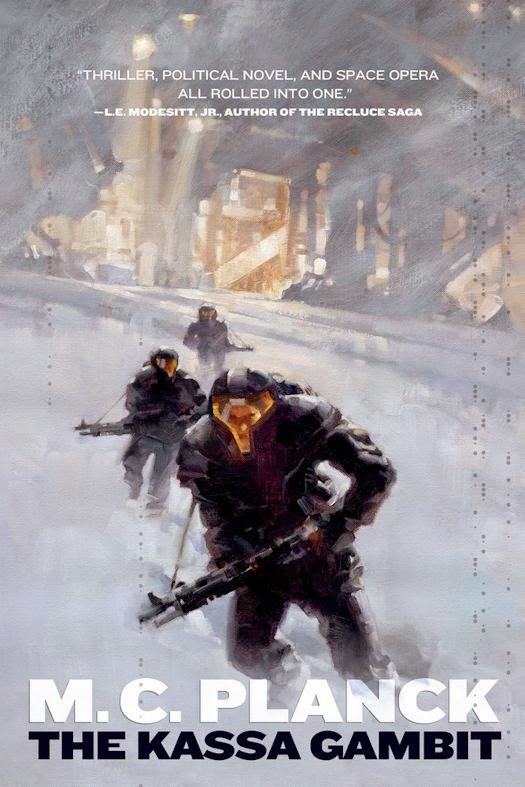 Centuries after the ecological collapse of Earth, humanity has spread among the stars. Under the governance of the League, our endless need for resources has driven us to colonize hundreds of planets, all of them devoid of other sentient life. Humanity is apparently alone in the universe.

Then comes the sudden, brutal decimation of Kassa, a small farming planet, by a mysterious attacker. The few survivors send out a desperate plea for aid, which is answered by two unlikely rescuers. Prudence Falling is the young captain of a tramp freighter. She and her ragtag crew have been on the run for years. Lt. Kyle Daspar is a police officer from the wealthy planet of Altair Prime. He’s been undercover so long he can't be trusted by anyone—even himself.

While flying rescue missions to extract survivors from the surface of devastated Kassa, they discover what could be the most important artifact in the history of man: an alien spaceship, crashed and abandoned during the attack.

But in The Kassa Gambit by M.C. Planck, there is more to the story. Together, they discover the cruel truth about the destruction of Kassa, and that an imminent alien invasion is the least of humanity’s concerns. 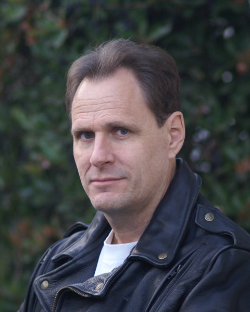 M.C. Planck is the author of The Kassa Gambit. After a nearly-transient childhood, he hitchhiked across the country and ran out of money in Arizona. So he stayed there for thirty years, raising dogs, getting a degree in philosophy, and founding a scientific instrument company. Having read virtually everything by the old masters of SF&F, he decided he was ready to write. A decade later, with a little help from the Critters online critique group, he was actually ready. He was relieved to find that writing novels is easier than writing software, as a single punctuation error won't cause your audience to explode and die. When he ran out of dogs, he moved to Australia to raise his daughter with kangaroos.