The winner of the August 2014 Debut Author Challenge Cover Wars is Mr. Wicker by Maria Alexander with 69 votes equaling 39% of all votes. Mr. Wicker is published by Raw Dog Screaming Press. 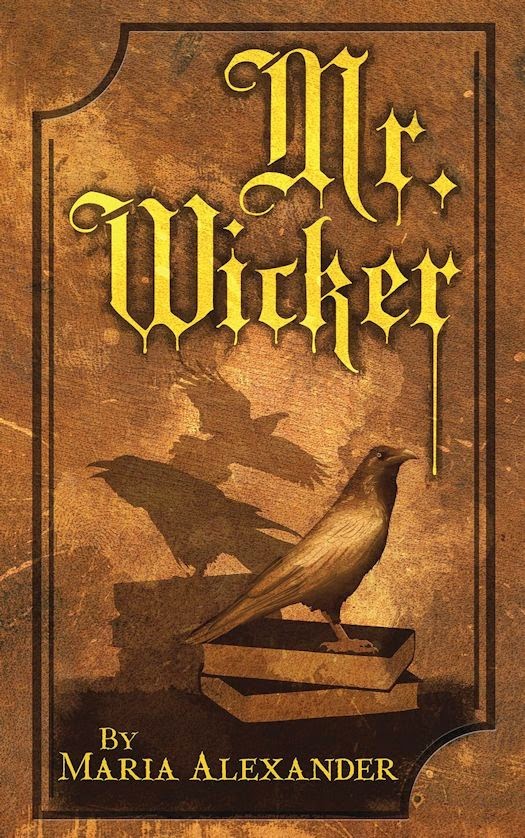 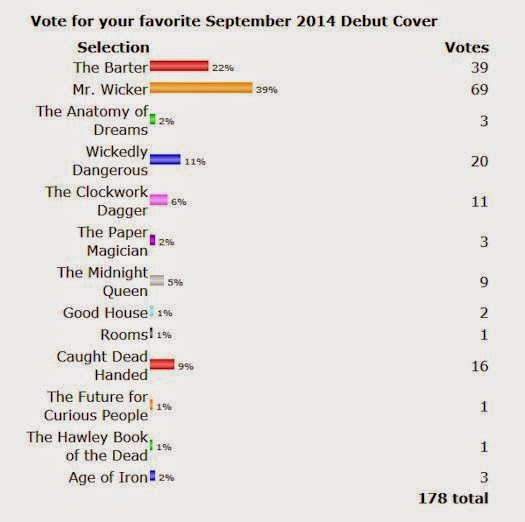 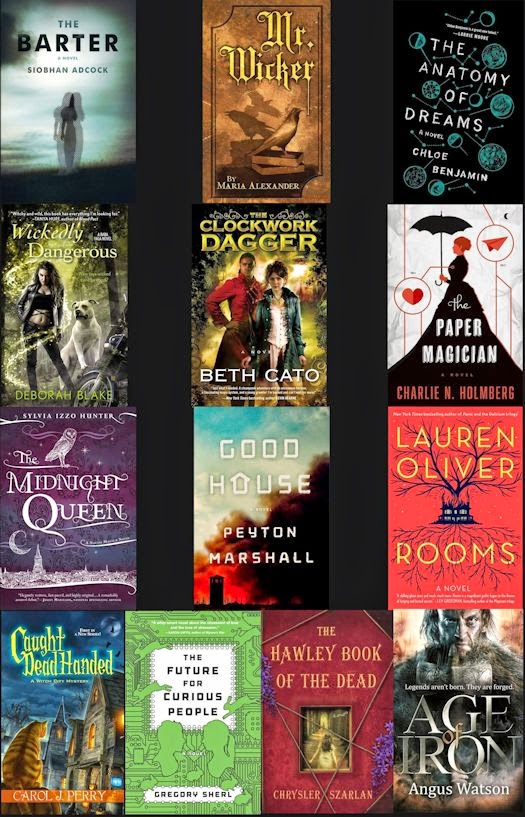 Thank you to everyone who voted, Tweeted, and participated. The 2014 Debut Author Challenge Cover Wars will continue with voting on the October Debut covers starting on October 15, 2014. Look for the list of October's Debuts on October 1st.