Please welcome Arianne 'Tex' Thompson to The Qwillery as part of the 2014 Debut Author Challenge Guest Blogs. One Night in Sixes will published on July 29th by Solaris Books. 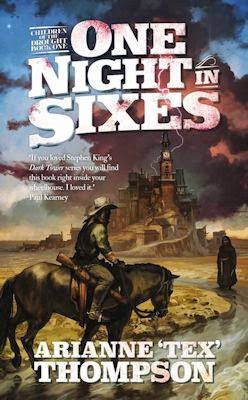 "You Got Western in my Fantasy!"


Nonsense – it was already there.


This year, I had an egregiously good time at ArmadilloCon in Austin, Texas. One of the panels I participated in was called Space Westerns - moderated by the unrelentingly excellent Bill Crider. At one point, he asked us a question: how should we define a Western?


Well, it's set in the American West, for one thing. (Except when it's Australian, like Quigley Down Under, or Canadian, like the Trail of the Yukon series, or African, like The Jackals - and let's not even get into all those Zapata Westerns in Mexico.)


And there's cowboys, of course. You can't have a Western without a hefty helping of square-jawed gunslingers. (Disregarding Dr. Quinn, Medicine Woman; Little Big Man; and Zane Grey's Riders of the Purple Sage, naturally.)


But it's about the time period, more than anything – the frontier and the closing of the West in the 19th century. (Provided we don't count Justified, Once Upon a Time in Mexico, or any of the Leatherstocking Tales.)


In seriousness, though, I believe the question is worth asking: what is the essence of a Western? Of all genres, it's the one that seems most bound to a particular place and time – and yet it's constantly spilling over into other places and times, and even other genres. We've got spy Westerns (Wild Wild West), thriller Westerns (No Country for Old Men), comedy Westerns (Blazing Saddles), kids' Westerns (Rango), and absolutely every flavor of supernatural sci-fi and fantasy Western imaginable.


So there must be more to it than the big hats and six-guns – something behind the tropes and props that keeps us coming back to Sheriff Woody, even in the age of Buzz Lightyear. Certainly there must be a reason why the 19th century American West is so much more firmly cemented in our imaginations than, say, the antebellum South, or colonial New England. But what is it?


Well, here is a thought. Whether we're talking about the marshal versus the outlaws, the lone man braving the wilderness, or the coming of the railroad, the Western has an uncanny knack for tapping into some of our oldest fears. Watch yourself, it seems to say. Look sharp and step lightly – because you're on your own out here.


And let me tell you something – that is EXACTLY the feeling I get from all my favorite fantasy. Now there's a genre that's short on prerequisites! No maps, dates, or genre checklists needed here: the only requirement for fantasy is that it takes place outside the world as we know it. Maybe we're leaving the Shire behind to venture into the big, wide world. Maybe strange creatures are stepping out of the shadows of midtown Manhattan – or maybe we're the ones stepping out of the wardrobe and into Narnia. Regardless, our only guarantee in this part of the bookstore is that we're not in Kansas anymore.


And if that's true, then maybe these two genres share more DNA than we thought – in fact, maybe they have a common ancestor. Think about Beowulf. Think about the Danes huddled together in their mead hall, desperately hoping to survive the night... and think about the dark, wild world outside the fire's light. Enter the hero, the stranger, the gunslinger who will fight the monsters in defense of humanity and civilization – leaving behind ordinary people who know they won't see a man of his caliber again. It's a hell of a story, isn't it? Hardly surprising that we've been telling it for literally thousands of years.


So maybe it's time we stopped thinking of Firefly and The Dark Tower and all the rest as cross-genre novelties and gave them their proper acknowledgement: as stories told with two facets of an idea that's as old and potent as we are.


One Night in Sixes
Children of the Drought One
Solaris, July 29, 2014
Mass Market Paperback and eBook, 464 pages 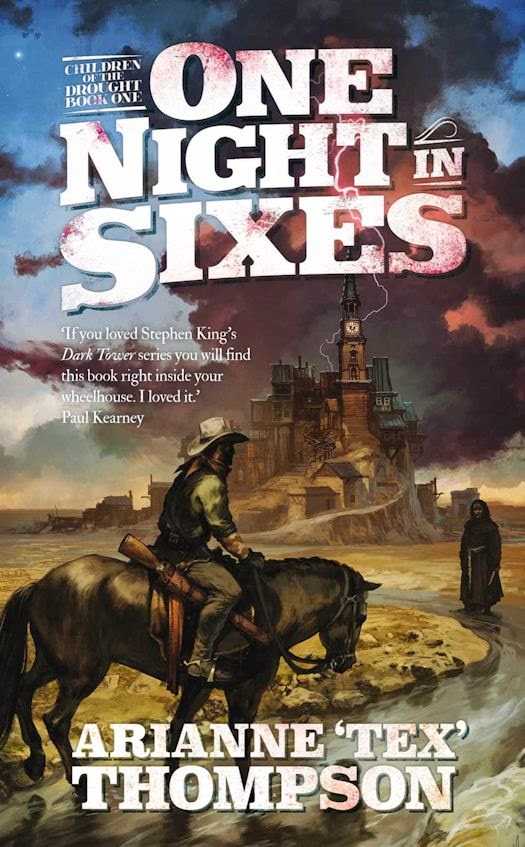 The border town called Sixes is quiet in the heat of the day. Still, Appaloosa Elim has heard the stories about what wakes at sunset: gunslingers and shapeshifters and ancient animal gods whose human faces never outlast the daylight.

And the daylight is running out. Elim's so-called 'partner' - that lily-white lordling Sil Halfwick – has disappeared inside the old adobe walls, hell-bent on making a name for himself among Sixes' notorious black-market traders. Elim, whose worldly station is written in the bastard browns and whites of his cow-spotted face, doesn't dare show up home without him.

If he ever wants to go home again, he'd better find his missing partner fast. But if he's caught out after dark, Elim risks succumbing to the old and sinister truth in his own flesh - and discovering just how far he'll go to survive the night. 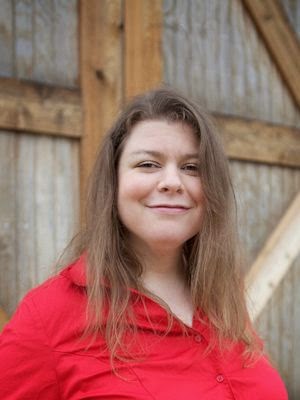 Arianne "Tex" Thompson is home-grown Texas success story. After earning a bachelor’s degree in history from UT Dallas and a master’s degree in literature from the University of Dallas, she went on to become a community college professor, teaching the fundamentals of English to adults writing below the eighth-grade level. Now a master teacher for academic tutoring and test prep services, as well as the managing editor for the DFW Writers Conference, Tex is a regular feature at high schools, writing conferences, and genre conventions alike.

With her first book, a ‘rural fantasy’ novel called One Night in Sixes, Tex joins the growing ranks of Solaris authors committed to exciting, innovative and inclusive science fiction and fantasy.  Find her online at www.thetexfiles.com and on Twitter as @tex_maam!