Guest Blog by Jonathan Winn - Through the Jagged Rocks of an Impossible Life - July 24, 2014 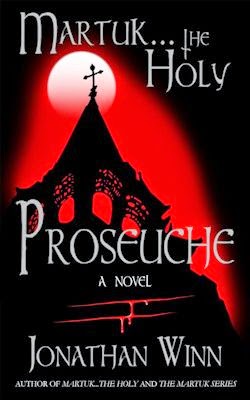 Through the Jagged Rocks of an Impossible Life


It takes a certain kind of madness to write about history. And when your voice is geared toward horror and dark fiction, and your characters live in a distant past, that madness borders on insanity, if not outright lunacy.

But that’s what I do.

I blend the shock and terror and vicious violence of dark fiction with the political machinations, religious chaos, pagan magic, and everyday humanity of the World As It Once Was.

In my first book Martuk ... the Holy, the bulk of my research focused on a world one thousand years before Christ walked the earth. My job being to sift through what little remained about the ancient cities of Uruk and Ur and the smaller villages that dotted the Zagros mountains in Mesopotamia to find what I could use and ignore what would just be filler.

Later, my sights turned toward 1st century Jerusalem. The politics. The prevalence of Rome and the Temple. The zealotry that infested the hills of Galilee. And how all of that truly affected one’s everyday life.

Armed with info, the trick – and this is where the lunacy comes into play – was to find a way to bring it all to life and to the page in a way that served the story without making everything a boring history lesson.

When it came to my new book, Martuk ... the Holy: Proseuche, the sequel to Martuk ... the Holy, I reigned in my ambition and narrowed my gaze to Antioch in the 3rd century, allowing myself the luxury of more fully investing myself in their culture, their beliefs. I gave myself more of a chance to discover the anger the world felt over the arrogance and ineptitude of Rome. Took a longer look at the pagan magic that warred with this new religion, this Christianity, that was still finding its footing.

And to my surprise, what I learned was how much we, here today, share with strangers who fell to dust millennia ago. Yes, technology changes. We’ve learned better, faster ways of doing things. There are differences between our lives now and their lives then. Absolutely.

But the humanity of who we are is the same. That’s a constant. The petty thievery of politicians. The lies husbands tell wives, and wives tell husbands. The dreams children dare to dream about their future. The frustration we have with Them, whether that Them is the wealthy or politicians or annoying neighbors.

And the monsters. We can’t forget about the monsters. Even those that look and talk and act like us. Those are the same, too. The fear of the unknown. The pit in the stomach one feels at the sight of a deep, dark shadow. Though separated by millennia, the quiet terror that makes our hearts thump when faced with a sinister unexpected never changes.

This is why horror works so well in a historical context. This is why I’m driven to take my dark fiction out of the comfort of this contemporary Here and Now and toss it to the wolves of 3rd century Antioch or 1st century Jerusalem. Because it places the reader in an unknown and unfamiliar world. A world which might look safe in the beginning, but turns out to be anything but. And that slyly coaxes them to invest more fully in the journey. When the terrain is unexpected, you look for a hand to hold to guide you.

When my readers reach out, they find my immortal Martuk. Human, struggling, imperfect. Vicious. A monster hiding in plain sight. The perfect host to walk them through the jagged rocks of his impossible life.

Lunacy, insanity, craziness. Call it what you will. I’m okay with that. My readers are, too. But to tell Martuk’s tale, it’s important to crack open those dusty history books. If doing that helps me create, and recreate, the deliciously sinister worlds of blood and betrayal Martuk lives in, I’m happy to do it.

I’d be crazy not to. 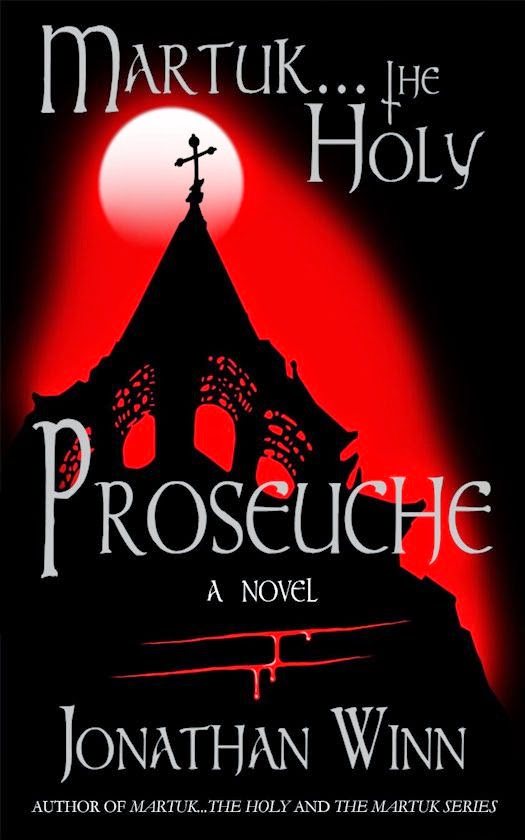 And cradled in her kindness, I dove back into the blood soaked memories of this, my life.

With those words, the immortal Martuk’s tale continues.

From modern Paris, he speaks of his life in the religious chaos and pagan magic of 3rd century Antioch. Of his friends, a man haunted by grief and regret, and a woman with secrets as thick as the woolen of her constant cloak. Of days marked by the greed of Rome and the ambitions of those driven by dangerous delusion.

He remembers wandering souls who returned with their own stories to tell. Who shared their own memories of blazing deserts and a darkness with teeth. Of being imprisoned in a myth built by the lies of others. And then Martuk recalls a magic so dark it summons demons from a cloudless sky and rips the sleeping dead from their slumber.

The past revisited, Martuk ends his tale with a confession. A modern-day betrayal so cruel, the rest of his life everlasting threatens to be one of searing regret and never-ending shame.

This sequel to Jonathan Winn’s Martuk … the Holy is a tale of stumbling humanity and shocking brutality. Forgiveness and release. Death. Immortality. And the tenuous hope for blessed redemption.
This is Martuk … the Holy … Proseuche. 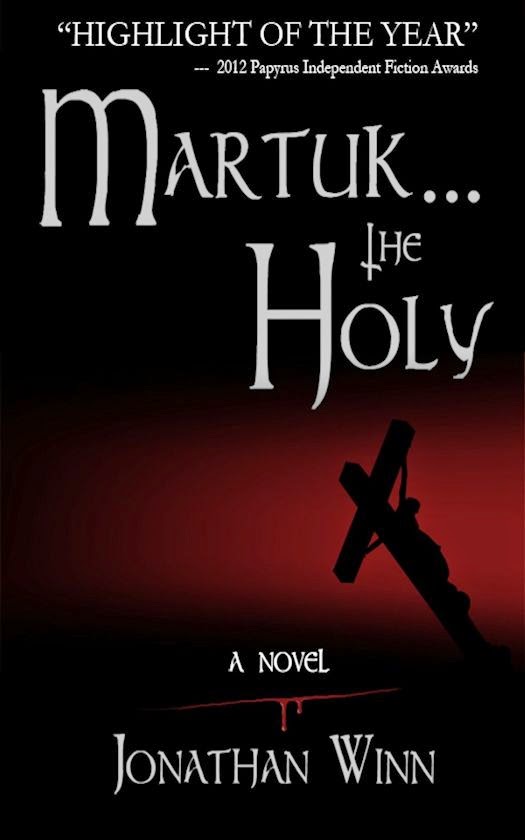 In a crowded Left Bank cafe, an immortal man sits, the phantoms crawling near, the heat of their whispers stinging his cheek ...

and Martuk ... The Holy begins.

One thousand years before the birth of Christ, a golden god damns Martuk with a kiss. In a land ruled by a wounded king, life everlasting steals his mortality from the bottom of a golden cup. Finally, generations later, a Messiah who has the power to heal breaks under the weight of Martuk's demons, stumbling to his death defeated by darkness.

From his home in modern Paris, he writes, his memories lush, his words evocative. Revisiting his impossible life, he vents his rage and shares his loneliness. From bloody battles with a demon he cannot escape to the ghost of a beauty who haunts him still, this is his story.


Short Fiction Based on Characters from Martuk ... the Holy 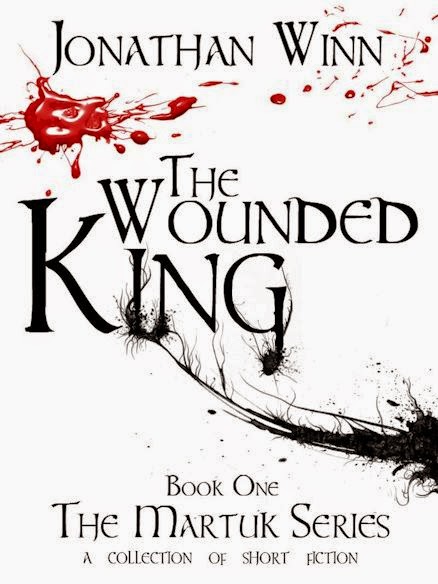 A sacrifice. A dying King. Bones in the stone, blood in the wine. A Queen consumed by the Darkness.

From ancient Uruk, The Almost King tells his tale. Of The Elder and his cunning Priests in their robes of red and gold. Of an Old Woman who can call the power of the Dark Gods. Of his mother, the Queen, and his dying brother, the King.

And of the Darkness, an evil from before the Time of the Moon. Inescapable, its hunger never-ending, its shadow fed by the Priests, slowly overwhelming his family.

Drowning in a sea of red and gold, the Almost King battles an unwinnable war as he navigates the wreckage towards his fate as … The Wounded King. 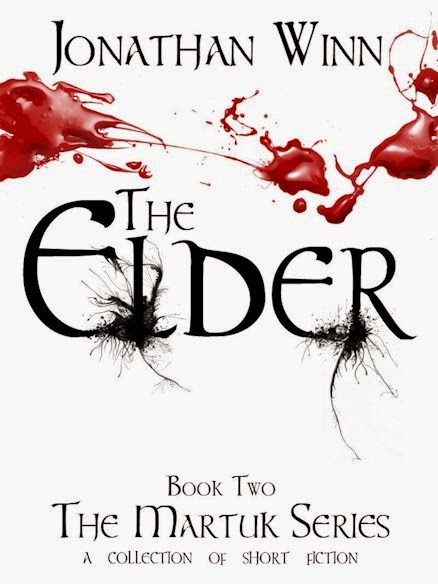 In The Elder, the latest installment of The Martuk Series, Jonathan Winn, author of Martuk … The Holy, digs deeper into the world of ancient Uruk. A world of power and absolute rule. Of magic and superstition. Of Dark Gods and mysterious Ancients, magical Immortals and unseen Seers. Of powerful Priests cloaked in robes of red and gold and a Man from the Mountains who has yet to arrive.

From the innocence and depravity and blood-drenched chaos of The Wounded King, we now follow The Elder, a Priest desperate to rule, blinded by power, afraid to die. A man who climbs deep into caves beneath sun-scorched mountains and sacrifices anonymous flesh in a blood-stained Temple. A desperate soul driven by words whispered from the lips of a doomed Child and haunted by the warnings of an Immortal buried in ash. One who makes an impossible choice for the promise of Life Everlasting and, riddled by doubt, chooses again, this final act of violent desperation opening the way for an ancient curse from a Darkness older than Time.

From the whispered pleas to the Darkest of Gods to the anguished screams of the stolen innocent, this is … The Elder. 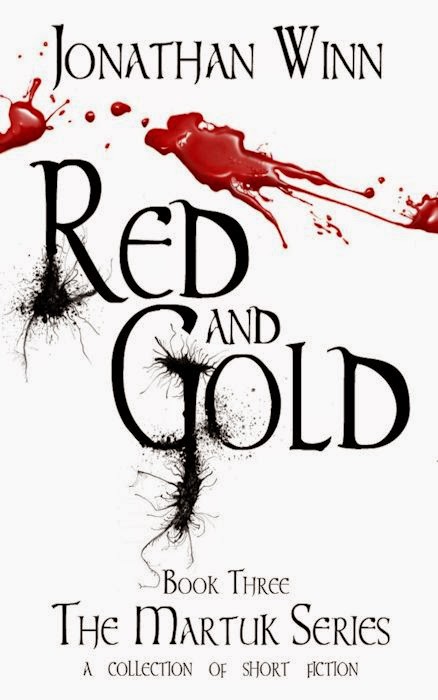 From the blood drenched depravity of The Wounded King and the ancient curses of The Elder, we now follow a young man in his journey to the coveted red and gold robes of a Priest in Red and Gold, the third installment in The Martuk Series, Jonathan Winn's ongoing collection of short fiction inspired by his award-winning novel Martuk ... the Holy.

It begins with a whisper.

The words a warning, silently spoken to the heart of this innocent kneeling in the mighty Temple of Uruk one thousand years before the birth of Christ. A young one who dreams of being wrapped in the red and gold robes of a priest.

But this warning whispered by a mysterious Magi leads to doubt. And then to fear. This stranger who wields magic from the anonymity of shadow forcing this initiate to look beyond the power of the Temple into the frightening black hearts of those who rule.

Haunted by the cries of those Bones in the Stones, his kindness stumbling under the weight of a young boy he leads to slaughter, all while trapped in this life he's chosen and now can never escape, this is the story of how horrible truths and bloody betrayals destroy the dreams of innocent hearts.