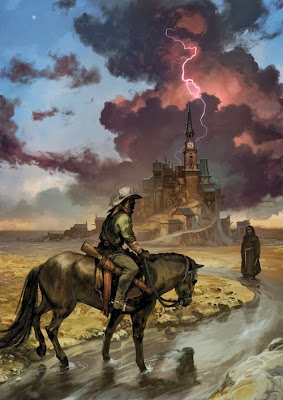 Solaris is pleased to announce that it has acquired the debut novel of Texan author Arianne "Tex" Thompson.

One Night in Sixes is a startlingly original Western-influenced rural fantasy novel that will be published in August 2014 with a stunning cover by Polish artist Tomasz Jedruszek.

This first novel from teacher Thompson is part of Solaris’s ongoing mission to publish the best science-fiction, fantasy, horror, and anthology titles from a diverse and progressive roster of authors from around the world.

The border town called Sixes is quiet in the heat of the day. Still, Appaloosa Elim has heard the stories about what wakes at sunset: gunslingers and shapeshifters and ancient earthly gods whose human faces never outlast the daylight.

If he ever wants to go home again, he’d better find his missing partner before they do. But if he’s caught out after dark, Elim risks succumbing to the old and sinister truth that lives in his own flesh - and discovering just how far he’ll go to survive the night.

Solaris editor-in-chief Jonathan Oliver said: “Sometimes you come across a novel that makes you want to jump to your feet and immediately announce it to the world. One Night in Sixes was just such a book. Arianne has achieved the near impossible by presenting the world with a staggeringly original work of fantasy full of rich characterisation and excitement. This is one of the most progressive and incisive works of fantasy for decades and I’m delighted to be publishing it.” 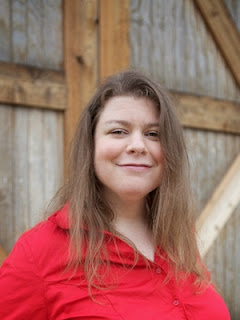 Arianne "Tex" Thompson is a native and lifelong resident of Texas. After earning a bachelor's degree in history from UT Dallas and a master's degree in literature from the University of Dallas, she went on to become a community college professor, teaching the fundamentals of English to adults writing below the eighth-grade level. Now a master teacher for academic tutoring and test prep services, as well as the managing editor for the DFW Writers Conference, Tex is a regular feature at high schools, writing conferences, and genre conventions alike. With her first book, a 'rural fantasy' novel called One Night in Sixes, Tex joins the growing ranks of Solaris authors committed to exciting, innovative and inclusive science fiction and fantasy.

“Moreno-Garcia always reaches beyond the obvious...
[she] can evoke a shudder with a mere description of sound.”
– Winnipeg Review


Solaris is pleased to announce that it has acquired a new novel by Mexican and Canadian author Silvia Moreno-Garcia.

Signal to Noise is a literary fantasy novel set against the background of Mexico City, ones of the world’s biggest cities and a unique setting for a story about the very real magic of music.

This latest acquisition by the award-winning publisher of science-fiction, fantasy, horror, and anthologies will be published in February 2015.

Solaris editor-in-chief Jonathan Oliver said: "I read Signal to Noise on a beautiful summer day, sitting in my back garden. Silvia's book utterly transported me and by the end I was left in pieces. This is a beautiful, powerful novel, quite unlike anything else I have read. I'm truly proud to be bringing this to Solaris."

Mexico City, 1988: Long before iTunes or MP3s, you said “I love you” with a mixtape. Meche, awkward and fifteen, has two equally unhip friends -- Sebastian and Daniela -- and a whole lot of vinyl records to keep her company. When she discovers how to cast spells using music, the future looks brighter for the trio. With help from this newfound magic, the three friends will piece together their broken families, change their status as non-entities, and maybe even find love...

Mexico City, 2009: Two decades after abandoning the metropolis, Meche returns for her estranged father’s funeral. It’s hard enough to cope with her family, but then she runs into Sebastian, and it revives memories from her childhood she thought she buried a long time ago. What really happened back then? What precipitated the bitter falling out with her father? And, is there any magic left?

Silvia said of the genesis of Signal to Noise: “Both my parents were radio announcers. So was my grandfather. I even had a brief stint in radio as a child and my mother used to take me to the radio station since I was a baby. Signal to Noise was an attempt to understand our fascination with music and sound.” 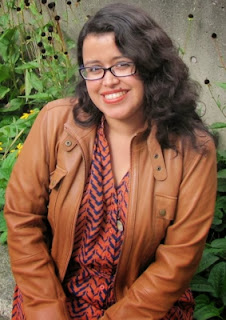 Mexican by birth, Canadian by inclination, Silvia Moreno-Garcia lives in beautiful British Columbia with her family and two cats. Her speculative fiction has been collected in This Strange Way of Dying and has appeared in a number of anthologies, including Imaginarium: The Best Canadian Speculative Writing. She is the winner of the Carter V. Cooper/Exile Short Fiction Competition and a finalist for the Manchester Fiction Prize. She tweets @silviamg and blogs at silviamoreno-garcia.com